To Know More, Do Read: Is the Extended Low A New Normal for Oil Prices?

In the status quo, oil prices are climbing higher as the market assesses that the fuel demand could pick up in the wake of ease in lockdown across the globe, and considering the depth of the market reaction to the lost demand, any hope for the revival in the oil demand seems to auguring well for the oil enthusiasts.

The global demand collapsed around 30 per cent or by say 30 million barrels per day in April 2020, which now looks poised to slightly recovery as economic activities in major economies like China is coming back on track.

However, to balance the equation, the oil majors are yet to take care of 10 million barrels of oil production per day, which could be absorbed by nations that have relaxed some of the travel restriction and have allowed economic activities to resume.

However, a major risk still looms above the head of oil enthusiasts, which is the risk of the second wave of infection in countries, which have so far contained the infection, and the risk of change in the behavioural and consumption pattern of consumers.

The unemployment rate across the global front has ballooned considerably, which is further leading towards a dynamic change in the consumer behaviour, and apart from the problem of money, an average consumer could show a possible shift in their behaviour in the wake of trauma caused by the COVID-19 outbreak.

These unprecedented times and unforeseeable future could possibly prompt global consumers to defer their consumption, and apart from that, there could be a psychological impact as well, which could restrict the global footprints, prompting the travel industry, such as airlines, which is one of the top oil consumers, to purchase below their pre-crisis demand.

Most of the global economic activities are linked, and the majority of them works in a cascade, with consumer behaviour at the brim.; thus, while the demand could restore ahead gradually as economic activities resurface, risks are evident and should be monitored closely. 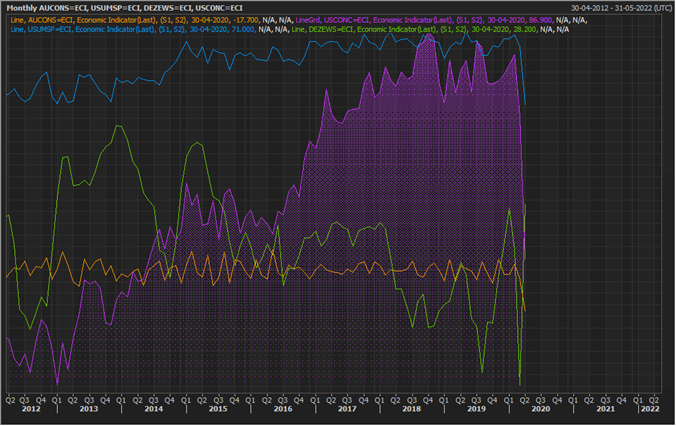 While risks are evident, it surely does not mean that oil prices could not shine ahead. These are unprecedented times, and the market seems to be responding to the nitty-gritty of the present as forecasts, or the future is hard to devise and anticipate due to these unusual times, so quite honest, nobody could ascertain whether or not the oil would trade at USD 60 or USD 100 barrel, at present.

Apart from the risk of a second wave of infection, and the risk of a shift in consumer sentiments, there is another risk currently prevailing in the market, i.e., the risk of another currency war between the United States and China, which is determined that China would pay for their slack way of dealing with the epidemic COVID-19.

The United States President Donald Trump has stepped up verbal attacks on the red dragons recently and has floated tariffs, or even reneging on the United States debt obligations to China.

The global commodity market is looking forward to the revival of the complete economic activities tantamount to the pre-crisis level across China, as it is one of the largest commodity consumer which could support the market. Be it oil, iron ore, silver, China consumers it all, and a revival in the Chinese economy is certainly very crucial for the commodity market.

While the overall exports and demand improved across refineries, inferred by the improved number of crude average inputs, the scale back in the production has also supported the oil market sentiments. 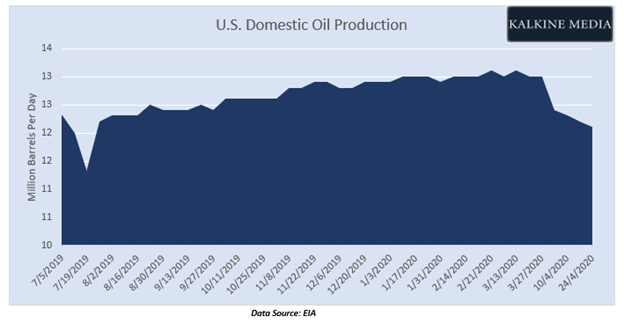 In a nutshell, post a dramatic decline in oil prices due to the estimation of weak demand, the market seems to be responding to the slight improvement on the demand counter, which could be inferred from the recent oil trades. However, despite the current reaction of the market it is hard to anticipate that how would the current momentum behave ahead as considerable risks such as the risk of the second wave of infection, U.S-China trade tussle, and change of consumer sentiments yet exists.