The timing of the investment by the Omaha legend seems to be boding well with the current surge in crude oil prices, which is keeping many global oil companies buoyant in the market, including Chevron. 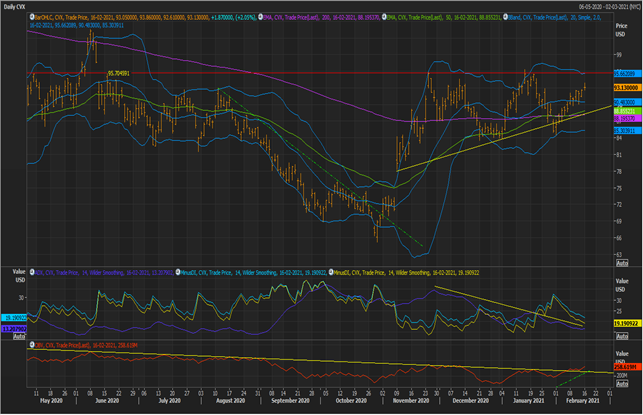 On following the daily chart, it could be seen that the stock of the Company has now changed the underline trend with prices moving above 200- and 50-day exponential moving averages. Meanwhile, the stock is also showing an ascending triangle formation.

Meanwhile, crude oil prices are continuing with a strong recovery with the commodity price trading upward. Additionally, the recent trading sessions in the commodity has been largely towards the +2 Standard Deviation of the 20-day simple Bollinger Band®, leading to an up slope in ADX.

The OBV is moving in tandem with the price action, reflecting a large participation in the crude oil rally.