Citigold recently disclosed its Quarterly Report for the period ending 31st March 2019; it continued to review business plans, schedules and strategies to prepare for moving back into gold mining and production with operational and capital savings identified.

The underground mining operations at the companyâs Charters Towers (including Central and Imperial mining areas) remained on maintenance during the March quarter, with no gold production. Meanwhile, the company is planning to employ contractors to operate plant, equipment and undertake exploration drilling; the number of contractors is expected to increase as the project grows in scale.

Citigold has already invested over $ 200 million in acquiring the gold deposits, developing the mines and infrastructure at Charters Towers; Test mining operations have produced 100K ounces of gold.

Over the three months, Mineral Resources and Ore Reserves remained unchanged with Probable Ore Reserves of 620,000 ounces of gold (2.5 million tonnes at 7.7 grams per tonne gold) and Inferred Mineral Resources of 11 million ounces of gold (25 million tonnes at 14 grams of gold per tonne). Going forward, the company is targeting to be a 300,000 plus ounces per annum ultralow-cost gold producer in five years using state of the art technologies and efficiencies, which in turn is expected to generate substantial profits to shareholders in harmony with the local environment.

As part of its âgo forwardâ business plan that is an outsourced model, Citigold is assessing options to optimise mining and processing efficiencies. Exploration is under way and project funding discussions are also progressing with potentially interested strategic partners.

The Company is seeking to raise the required capital funding to complete the underground capital works to move to commercial and sustained gold revenues. In the Half-year ended Decemberâ18, a Share Purchase Plan was completed with applications totalling $ 803,260 from shareholders. In addition, the private placement application on the same terms was received for ~ $ 673,338. In the last three months, the Company has drawn down on the $ 500,000 loan facility put in place in December 2018.

The business plan and capital expenditure program show gold production revenues to commence within one year of the injection of the required capital. With appropriate funding, financial models show this project can generate substantial cash flow and be profitable.

The resumption of mining is contingent on a sufficient level of capital financing, with active planning and scheduling ongoing. The Central mine will be the first to reopen. The company is prioritising geological data, technical evaluation, project assessment, feasibility and design to prepare for the upcoming period of expanded infield Charters Towers area exploration works and mine planning. In addition, Citigoldâs initiatives are further assisted by the relatively benign chemical properties of the local rocks and the operational care taken at the sites. 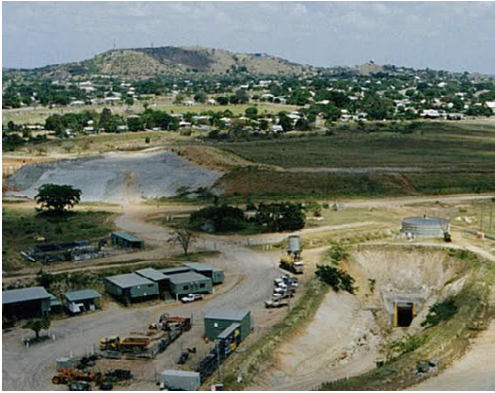 Citigoldâs innovation program is driven by extensive R&D while it is also considering to further modify previously trialled technologies for wider application. The recent strength in the USD gold price hovering over $ 1,250 per ounce, has further reaffirmed the significance and enhanced the appeal of the production ready gold project.

Citigold is inherently cautious and strives for favourable achievements on the health, safety, community and environment front. The company aspires to become a net zero emissions underground mine and envisages a period when renewable energy will eventually become the primary energy source. The Lost Time and Disabling Injury Frequency Rate (LTIFR and DIRF) remains at zero.