Celamin Shared Its Investor Presentation for April 2019 - Share Price Zoomed Up By 4.167%

On 7 March 2019, the company signed a Memorandum of understanding with Tunisian company Al Kassam Holdings for working together on the mineral resources projects in Tunisia and other places in Africa. By April 2019, the company announced the confirmation of the ownership followed by the successful enforcement. The international and government backing is in progress. The scoping study for rock phosphate or chemical fertilizer is also in progress.

The presentation also covered the corporate overview, where it highlighted the capital structure of the company, the list of senior leaders, such as the Exec Director/CEO (Mr Simon Eley), the Chairman (Robin Widdup), the Non-Exec Director (Taz Aldaoud) and alternate Chairman (Tim Markwell). The share price movement is also seen taking upward movement from February 2019. It also included a list of shareholders along with their shareholdings.

The presentation highlighted that the Tunisian Supreme Court had confirmed the interest of Celamin in Chaketma, examining the development of a multi-decade phosphate project through the simple rock phosphate export mine or the integrated chemical fertilizer project producing lowest quartile DAP and its engagement with the local partner Al Kassm. The discussion with international institutions is underway. The company is also having discussions with the National Government, as there are clear development benefits to the local community. Discussions are also in progress with multiple potential off-take partners.

The study at the Chaketma Phosphate project reported a strong upside potential, where excavation of 130Mt resulted in 20.5% P2O5. This calculation was based on the drilling result from the Gassaa El Kebira and the northern area of Kef El Louz. This project is a large scale high-grade and is positioned next to the key infrastructure. The Chaketma Phosphate project was funded solely by Celamin till 2015, where the company provided US$8.6 million. However, in early 2015, the Tunisian partner (TMS) fraudulently transferred 51% interest in the project to itself.

In December 2017, the company won the arbitration, where it was awarded 51% interest in Chaketma along with the damages worth US$4 million along with interest. In September 2018, the Swiss Supreme Court declared the appeal by TMS inadmissible upholding arbitration decision. The Supreme Court in Tunisia rejected the application by TMS to remove seizure order over project company share.

The presentation also highlighted the two development options of the company with Chaketma. These were rock phosphate export mine and the PyroPhos™ Process Route. 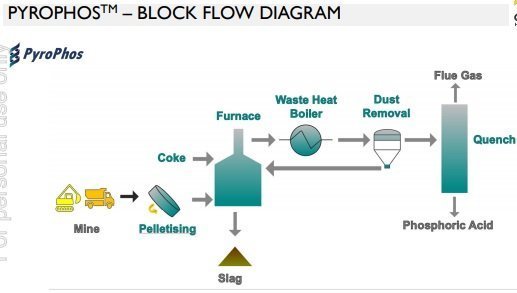 The rock phosphate prices reported to be recovering from lows of late 2017, and it is expected that the shipment of phosphate will increase in 2019. Based on the new environmental laws, there is a possibility that the demand from China might get influenced. Based on the recent corporate transactions, an interest is seen in the sector. 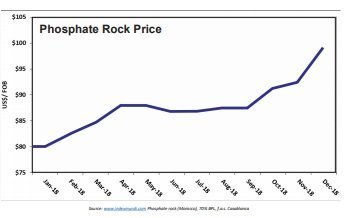 The presentation also provided an update on the Djebba & Zeflana Projects that is situated 130km south-west of Tunisia by bitumen road with permits 16 km each granted in July 2018 for three years. It also has an option for renewable for a further two to three years. The advanced exploration at Djebba, where drilling of 2.7Mt resulted in 6.1% Zinc and 3.3% lead. At Zeflana in 2008, a large surface zinc anomaly was defined by Oz Minerals.

In another report published by the company, it has declared that Simon Eley is appointed as a Managing Director and propose to grant him 7,200,000 unlisted options with an exercise price of 9 cents per share subject to shareholder approval. The Board of Directors propose to grant 4,800,000 unlisted options to non-executive directors with 2,400,000 to Robin Widdup, Chairman and 2,400,000 to Taz Aldaoud, Non-Executive Director.