Canyon Resources Limited (ASX: CAY) is a player in the metals and mining sector. It primarily deals with the exploration of bauxite. With headquarters at Perth, the company’s current focus is on the development of the Minim Martap Bauxite project, which is situated at the Adamawa Region of Cameroon.

On 24th May 2019, the company announced that it had inferred a positive result from the in-process air core drilling campaign on the Beatrice Plateau at the Minim Martap Bauxite Project in Cameroon. The 250m x 250m drilling was completed using the company’s air core drill rig. The drilling had continued in the second and final batch of assays at the project. The results had also confirmed the global Tier 1 status of the project. 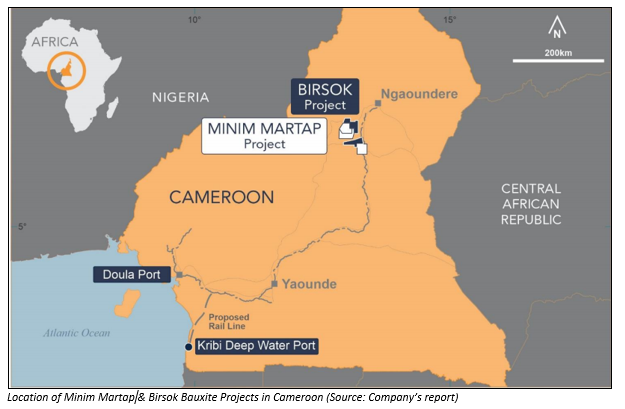 The project is in the Adamawa region of Cameroon. The total area permit is 1,349 km square. It is adjacent to CAY’s existing Birsok Bauxite Project and encompasses two deposits- Ngouandal and Minim Martap. These are 25 km away from one another. Prior operations have given the company great understanding of the physical and geochemical features of the local bauxite. The bauxite is usually high in alumina with low total & reactive silica and is high in gibbsite but low in boehemite and other contaminants.

The drilling had shown thick and high-grade bauxite with low contaminant from the surface. The holes that were drilled had notable intersections greater than 50% Al2O3 and low total SiO2. The drilling is ongoing and is identifying the profiles which have increased depth of mineralisation. This, in few locations is up to 100% deeper than prior results of drilling. In previous results, of the first batch of assay results, the drill reported a resource of total 38.5 million tonnes at 50.76% Al2O3 and 2.69% SiO2, with an average depth of 7.3m2.

The intersections are inclusive of: 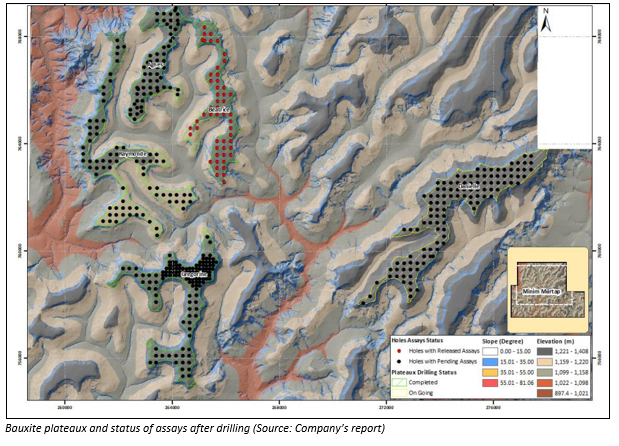 Besides this, more assays are pending from the Agnes, Gregorine, Raymonde and Danielle plateaux. In total, the company had completed 429 drill holes for a total of 3,769m. It had received the second batch of assay results from the remainder of 18 holes which were drilled on the southern section of the Beatrice plateau. The drilling at the project would continue through 2019.

At present, CAY is also drilling the extensive Danielle plateau. This is situated in the eastern sector of the Minim Martap permit. In a recent presentation the company had provided an overview on its bauxite asset, the global aluminium demand is set to grow by 40% over the next 10 years, with an annual demand of 100MT of new bauxite to fill aluminium production demand by 2028. Guinea is reportedly forecast to supply over 50% of the global bauxite by 2028.