In the Western part of the world, the cannabis business is expanding as big players are actively tapping the doors of growing companies to place their respective business in a better position. Curaleaf Holdings Inc. (CSE: CURA) became the world’s largest cannabis company following the recent acquisition of GR Companies, Inc. (Grassroots). Reportedly, Grassroots was procured for ~ $875 million in cash and stock.

In Australia, Creso Pharma Limited (ASX: CPH) is amid its acquisition by PharmaCielo Limited (TSXV: PCLO), which is a Canadian-listed cannabis-focused company, the move would see Creso Pharma’s delisting from the Australia Stock Exchange.

Besides, AusCann Group Holdings Limited (ASX: AC8), one of the largest publicly-traded cannabis company in the country, has a Canadian-listed shareholder in it- Canopy Growth Corporation (TSE: WEED). It should be noted that the mergers & acquisitions are the indicators of a growing industry. In the past, M&As have led to bigger and powerful companies.

On 19 July 2019, according to media reports, there has been a reputed stake sale in BOD Australia Limited (ASX: BDA). On 17 July 2019, the securities of BOD Australia were placed on a trading halt, as per the request of the company, pending an announcement related to the potential material strategic partnership.

At present time, a handful of companies are engaged in the business of cannabis vitamins. Cannassist, a privately-owned cannabis vitamin venture, based in CA, USA. According to Cannassist, the product helps to enhance the energy, uplifts happiness and control cravings for food. Also, the ingredients include B-vitamins, rhodiola rosea, turmeric root extracts, saffron, vitamin c, zinc picolinate, and so forth. In addition, the product was formulated by an adjunct faculty in the local university along with peer evidence and established a clinical practice. Interestingly, Cannassist was developed to improve the health and experience of cannabis user, and it supports the body to process THC, CBD and other cannabinoids.

In Canada, Livli provides a multivitamin supplement for cannabis users. According to Livli, the founders of the venture stated that the growing use of cannabis in medicinal aspects persuaded them to start a venture like Livli. Also, they had worked with doctors to develop a supplement for cannabis users to become more energetic. Subsequently, it was realised that the problem entails to the mass and is not only limited to individuals. 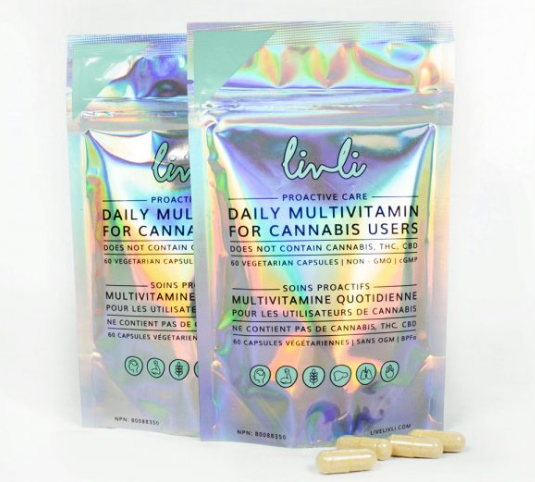 The ingredients of the product include- amino acids, B-vitamins, herbs and antioxidants. In addition, the therapeutic claims have been of the product were approved by Health Canada. According to the website, the product intends to boost the energy levels, improve lung support and boosts brain along with improving the metabolism. Further, the product is gluten free, vegetarian and organic herbs.

BOD Australia Limited (ASX: BDA) is engaged in the business of health and wellness. It develops and creates products for health and beauty from plant-extract along with a specific focus to cannabis and hemp-derived products.

On 19 July 2019, BOD Australia has confirmed that NewH2, a subsidiary of Health & Happiness Group Ltd (HKSE: 1112) has signed an agreement with the company to acquire a minority interest in BDA.

Reportedly, NewH2 – the innovative and R&D venture capital arm of Health & Happiness Group Ltd (H&H Group) have vested the interest in the company through an exclusive global distribution agreement, which would commercialise the CBD products by BOD Australia. According to the agreement, the deal was valued at $5.5 million at $0.37 per share with an issue of 14,864,865 new shares. Further, the deal would see BOD Australia receive an upfront cash payment of $1.5 million to be used in the integration with NewH2. Besides, the agreement would result in 17.64% stake ownership by NewH2 in the issued capital of BOD Australia along with two Board seats.

As per the release, H&H Group would be setting up a new brand with anticipation of delivering to the market by H1 FY2020. the new brand, through exclusive rights, would commercialise nutraceuticals, skincare, tinctures, hemp seed oil and lifestyle products by BOD Australia Limited. Also, BOD Australia would capitalise on the opportunities provided by H&H to enhance the global presence of the business through the global network, existing product suite alongside globally marketed products of H&H Group.

Meanwhile, BOD Australia would be entitled to a royalty on net sales, cost including a margin for the delivery of finished formulas and extracts, and both companies have agreed to enter into a joint development agreement for the new products.

Reportedly, BOD Australia has the rights to commercialise its medicinal cannabidiol extracts for pharmaceutical purposes in Australia and internationally. Also, the company would continue to commercialise the over the counter (OTC) range of herbals and pharmaceutical-based prescription products like MediCabilis™. Besides, the completion of the transaction is expected by 25 July 2019, which is not subject to any material conditions precedent. Importantly, the agreement does not have a defined term, and it would continue until terminated by any of the parties due to any material breaches. 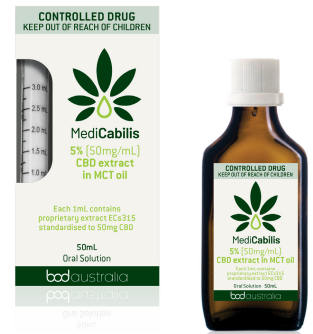 BOD Extracts & Edge Over the Rest

As per the release, H&H Group intends to work as an R&D partner to enhance the commerciality of the company’s CBD products and extracts. Also, the clinically validated proprietary CBD extract is standardised and reproducible cannabidiol (CBD) extract, which has helped the company for additional development of CBD and other novel cannabinoids.

Admittedly, BOD Australia would have three business units following the transaction. Also, the CBD division would be engaged in cannabidiol and hemp products, and exclusively serve H&H Group globally. Besides, the pharmaceuticals division would be focused on developing, commercialising the cannabidiol research initiatives similar to clinical trials; this would be underpinned by collaborations to develop a pipeline for prescription-based CBD product in domestic and international markets. Meanwhile, the third business division would focus on over the counter (OTC) herbal products apart from cannabidiol and hemp, which includes Flexofytol, Pinpoint and Sedistress; this division would also include herbals currently being sold across Australian Pharmacies.