The prices were moving bidirectionally in the past amid the tug of war between the Organization of Petroleum Exporting Countries (OPEC) and the United States of America.

However, U.S. Weekly Crude Inventories slightly rose to 2.80 million for the week ended 22nd March 2019. But the rise in U.S. inventory was soon indemnified by the further production cut from Saudi Arabia.

Falling Crude inventory provided a respite to the market participants over the previous building U.S. Shale oil and in turn, supported the crude oil prices.

Another factor which supported the crude oil prices was the incessant production cut from the OPEC members.

The kingpin of oil, Saudi Arabia experienced a decline in its production from the level of 11,000bpd to approx. 10.12K bpd for November 2018 and Saudi further declined the production to approx. 9.90K bpd for March 2019.

The decline in production by the king ping and the rest of the members of oil-producing consortium supported the oil prices. 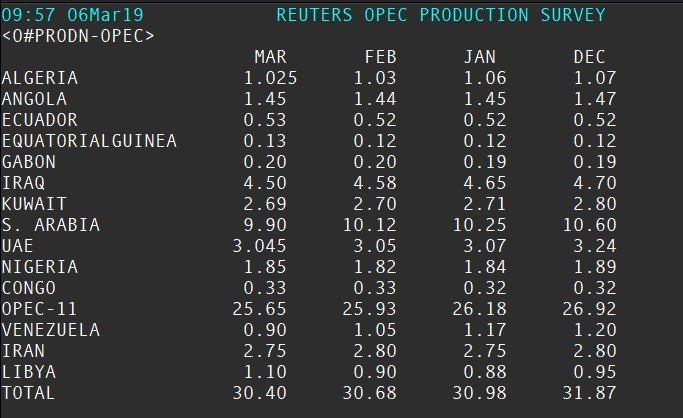 Apart from the production cut by OPEC and decreased output from the U.S., another factor which supported the crude oil prices was the sanctions of the U.S. president Donald Trump on various oil exporting counties such as Venezuela and Iran, which concerned the market participants over the supply disruption of oil in the global economy.

In the recent event, the U.S. official told media channels that the United States is considering further sanctions against Iran and Venezuela. The senior official also mentioned that out of eight countries to which Washington granted waivers to import oil from Iran; three countries have now cut their shipments from Iran to zero.

The production cut and ban on significant crude exporting countries concerned the market participants over, supply shortage, which in turn, lift the crude prices above $70 per barrel.