Boadicea Resources Limited (ASX: BOA), is a metals and mining sector player, focussed on acquiring exploration tenements in Western Australia for evaluation of commercially viable mineral deposits such as nickel, copper, lithium along with a bent towards gold.

Led by a distinguished and experienced Board of Directors, Boadicea Resources has Mr Clarke Dudley C.A as its Executive Chairman and CEO, Mr Jonathan Reynolds as the Technical Director and Mr Domenic De Marco as the Financial Director and Company Secretary.

Of late, the company’s primary exploration target is its flagship 100%-owned Symons Hill Project, which is situated 200 km south-east of Kalgoorlie and east of Norseman, in the Fraser Range. The Symons Hill licence also lies on the north-east trend of Independence Group NL’s licence which contains the premier Nova-Bollinger nickel-copper discovery. 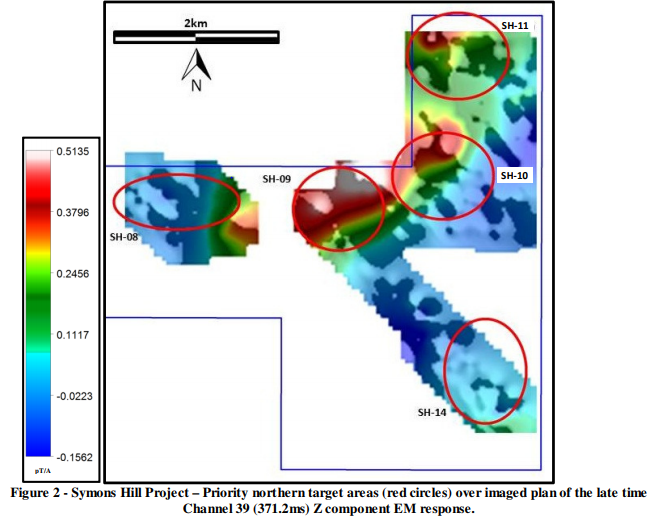 Recently, the company released its Quarterly Activities Report for the March 2019 quarter with a net cash balance of AUD 679K. As per the company, a Moving Loop Electromagnetic (MLEM) geophysical survey at the Symons Hill Project, involving the testing over the SH-08, SH-09, SH-10, SH-11 and SH-14 targets, was completed in the three-month period with multiple significant EM conductors generated.

Besides, the Modelling of MLEM defined three priority conductors in targets SH-09, SH-10, SH-11 that are considered significant and have the potential to represent sulphide accumulations and warrant drill testing. As of now, Boadicea Resources is largely encouraged by these results, especially in the light of coincident aeromagnetic and gravity features, which were the reasons the targets were originally selected. Meanwhile, it is also advancing with obtaining all necessary permits and approvals and will complete the drilling as soon as feasible, subject to rig availability. The company also intends to cover the drill testing of Bell Ringer “off-hole” conductors.

As for the entire Fraser Range, Boadicea continued submitting a series of Exploration Licence Applications within prospective areas of the Fraser Range that, subject to successful Mining Warden Ballot, has the capacity to significantly increase the Company’s landholding.

With around 52.85 million outstanding shares and a market cap of AUD 8.72 million, the BOA stock last traded on 15th May 2019 at AUD 0.165. Recently, the company’s Directors including Domenic De Marco and Clarke Dudley gained additional interests in the company upon purchase of 10,000 and 2,361 shares respectively at a cash consideration of $ 1,630 and $ 366 each.

Tags:
Mining BOA
All pictures are copyright to their respective owner(s).Kalkinemedia.com does not claim ownership of any of the pictures displayed on this website unless stated otherwise. Some of the images used on this website are taken from the web and are believed to be in public domain. We have used reasonable efforts to accredit the source (public domain/CC0 status) to where it was found and indicated it below the image.