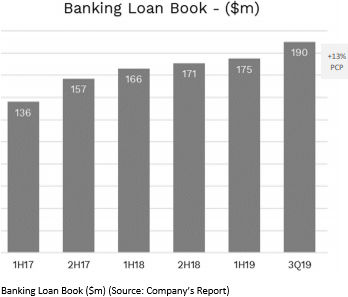 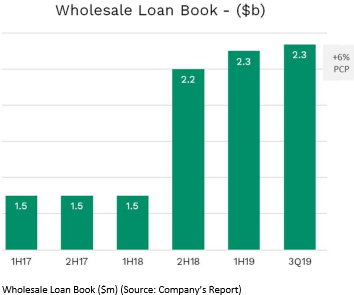 The net interest margin (NIM) was reported at 1.9% for the quarter, primarily due to the transactional account deposit mix of ~20% of the total deposit book. Over the long-term period, the company continues to target NIM above 2.00%.

The balance sheet of the company has remained strong and continues to be stable, having stable arrears with no additional loss provisions required during the quarter. The company also maintained the capital adequacy ratio at a healthy 17.6%, which would provide further the space for BBC’s growth.

Finsure is an aggregation division of the company and is estimated to account for approximately 1 in every 10 broker loans written in Australia, making it one of the largest distribution networks in Australia.

It had been successful in beating the competition by achieving record growth of 1,630 loan writers, which is an increase of 17% versus pcp. The total loan settlements stood at $9 billion for the quarter, up by 7% versus pcp. The highest settlements since FY14 were achieved in FY18 period standing at $12 billion.

The aggregation loan book stood at $36 billion for the quarter, up by 21% as compared to the pcp.

The company is well positioned to capture market share, and for the next quarter (4Q19) its key focus areas are conversion and settlement of its strong mortgage application pipeline and to improve its capital efficiency to diversify its funding sources.

Simon Lyons, Managing Director of the company, stated that the business had performed well despite the backdrop of a much softer housing market. The loan book, balance sheet and loan writers, have been growing well, depicting a strong value proposition.