Bitcoin rose more than 30 per cent (since last Friday), hits a new high of $8,000 (AUD 11,500) on Tuesday. This is the highest mark achieved by the digital currency since December 2018. The cryptocurrency continued to rise even when the US stock market plunged due to the imposition of retaliatory tariffs on US goods by China.

The total crypto market capitalization surged enormously by $27 billion within a day at $238 billion on 14th May 2019.

Over the last few months, there has been an increase in investors’ interest in Bitcoin with the sudden resurgence in cryptocurrency prices. According to the official source, the market share of Bitcoin as a percentage of the entire crypto universal rose from 53 per cent on January 1, 2019 to about 60 per cent in the present.

After touching a low of $3,194 in December 2018, Bitcoin has advanced 150 per cent since then witnessing a prolonged period of robust gains recently since 2013. But it is yet to reach a level witnessed in December 2017 when the currency had hit $20,000 with a frenzy of interest from retail investors.

As per market participants, Investors who were waiting to buy the digital currency at a level below $3,150 are now stuck repurchasing Bitcoin at surprisingly higher prices.

The reason for the sudden rise in the Bitcoin’s price is not apparent. Some market analysts believe that as the other financial assets are under pressure due to the escalating trade war between the US and China, the investors are moving towards the cryptocurrencies; while some see the ‘price manipulation’ as a reason behind the recent market moves. According to these analysts, given the lack of regulation and transparency in the cryptocurrency market as compared to other markets, the price manipulation could be a contributing factor.

Few bitcoin experts think that the recent surge in Bitcoin prices could be due to the bitcoin conference ‘Consensus 2019’ commencing in New York this week. Also, the crypto-associated announcements from Fidelity Investments, a large institutional investor might have supported the price hike. Fidelity Investments is soon going to begin the crypto trading for institutional customers.

However, it cannot be ignored that Bitcoin has failed to become a global medium of exchange as concerns like uncertain regulation, exchange hacks and market manipulation continue to discourage the institutional investors. Recently, hackers stole more than 7,000 bitcoin from the world’s largest exchange for bitcoin, Binance. It was a large-scale security breach in which Bitcoins worth about $US40 million were withdrawn via a single transaction. 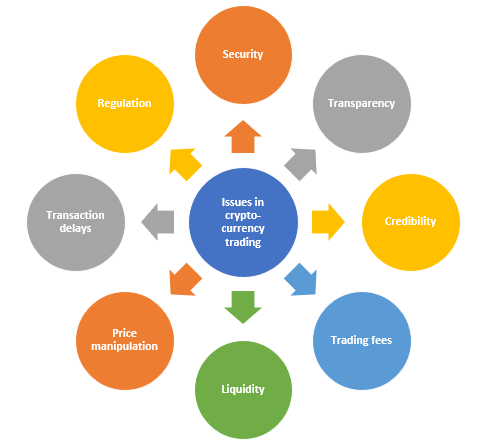 On 26th April 2019, the New York attorney general has accused the world’s largest cryptocurrency exchange, Bitfinex for misconduct over its dealings in another cryptocurrency, Tether. Bitfinex has been blamed for hiding the loss of more than $US850 million of comingled corporate and client funds.

Seventy per cent of the losses of digital coins from hacks and fraud valuing $US1.2 billion occurred between January and March in 2018. The high-profile hacks in the cryptocurrency sector raise questions on the safe storage and trade of the digital coins.