Bassari Resources Progressing Well Under the Supervision Of Its Strong Board

Bassari’s Board of Directors includes well-seasoned industry veterans who have decades of work experience.

Mr. Alex is a qualified and a well experienced chartered accountant who has been a consultant to the mining industry since 1985. He has worked for many years at Price Waterhouse concentrating on the mining sector and has worked with various mining companies operating in Senegal, Ghana, Solomon Islands, Ecuador, Brazil as well as Australia.

He has an old relationship with Senegal, at which the Makabingui Gold Project is located. He has been promoting and developing Senegal’s mineral resource industry since 1993.

While working in Senegal, he discovered the potential of the Sabodala gold project and the Grand Cote mineral sands project and worked hard to bring these world class projects to fruition. Due to this, he was able to develop a strong relationship with the Government of Senegal.

Mr. Peter Spivey (Non-Executive Director) – Considered as a successful mine developer and operator, Mr. Peter Spivey was appointed a Director of Bassari Resources Limited on 18 May 2015. Mr. Peter holds a degree in BSc as well as a Post Grad Diploma in Extractive Metallurgy. He is a metallurgist by background who started with the industry in 1981 in Australia.

Mr. Peter was instrumental in leading two major African gold mines into operational phases. He also has a well-established network of contacts throughout the industry.

Mr. Ian Riley (Director/Company Secretary)- Following the resignation of Mr. Philip Bruce in June 2019, Mr. Ian Riley, Bassari’s Chief Financial Officer (CFO) was appointed to the Board. Mr. Ian has been with the company since 2010 in his role as Company Secretary/CFO.

Mr. Ian is a qualified chartered accountant with over 25 years’ experience. He specialised in managing small to medium sized listed public companies and is responsible to the Board for all budgetary and management reporting, taxation and statutory financial reporting.

Let us now take a closer look at the Company’s Makabingui Gold Project.

Located in Senegal, West Africa, the Makabingui Gold Project  has numerous significant attributes, such as:

Several key activities/ tasks completed at the Project include:

The recent work by the exploration team has revealed several encouraging gold prospects in and outside the current pit shell of Pits 1, 2, 3 and 4, as announced by the company on 7 October 2019. 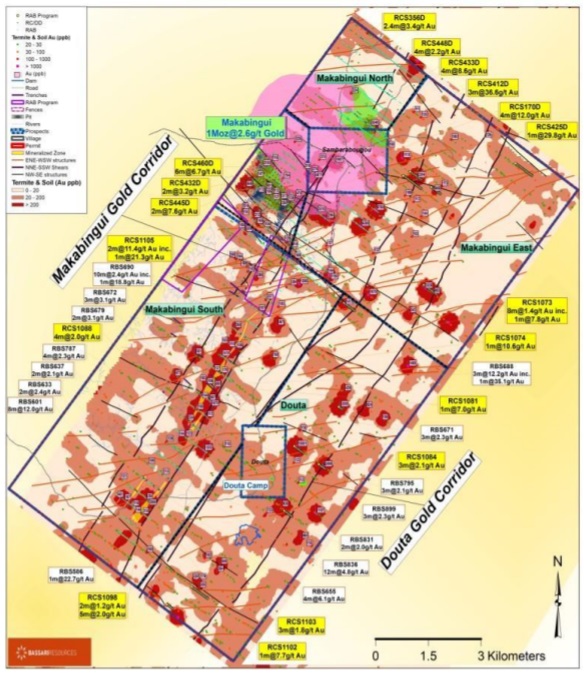