Bass’ Average Monthly Realisation Shoots up by 8% for April 2019

On 13 May 2019, Bass Oil Limited (ASX: BAS), an Australia-based, oil producer and energy player, which features low-cost onshore oil production in the Indonesian region, presented an update on its onshore Indonesian oil operations for April 2019 period. 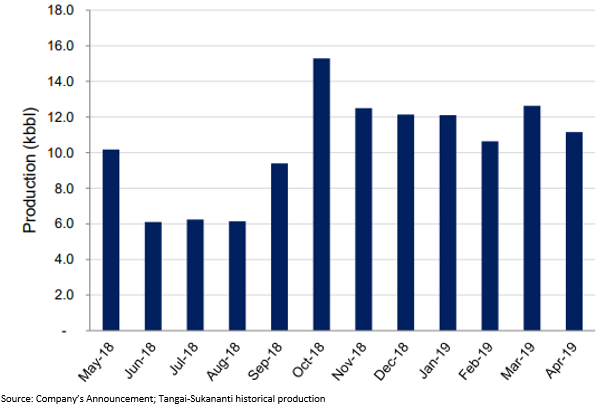 Bass mentioned that the oil sales and production for March 2019 were slightly down, and the average output for April 2019 stood at 676 barrels per day. The recovery in the crude oil prices amid production decline in the United States crude oil inventory led the company to realise a high average sales price. The average monthly realised oil price for April 2019 stood at US$67.39 a barrel, up as compared to the average monthly oil price of US$62.49 a barrel in March 2019.

The fields continue to generate positive cash contributions to the business, and the field operation costs are currently circulating at or below US$25 a barrel. The Bunian 1 and Tangai 1 wells were shut in amid downhole pump failure yet the production inched up in April and stood at 676 barrels a day of the joint venture share. The company recently released its quarterly sales and production update.

As per the company, to perform a program of well work, which will include the pump repair of Bunian 1 & Tangai 1 wells, and Tangai 4 conversion to a water injector, a team in Indonesia is currently sourcing a well service rig, and the work is expected by the company to commence soon. 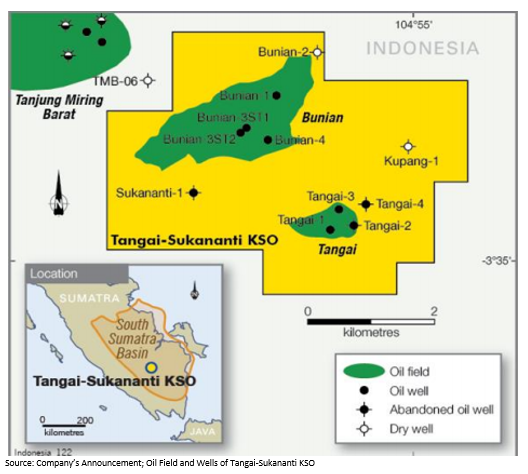 Bass paid the penultimate instalment of the deferred consideration of A$500,000 plus interest in April 2019 to the Cooper Energy in line of purchase of the Tangai-Sukananti KSO and mentioned that a final instalment of A$770,000 along with interest is due on 30th June 2019.

CLICK HERE FOR YOUR FREE REPORT!
Tags:
Oil and Gas BAS
All pictures are copyright to their respective owner(s).Kalkinemedia.com does not claim ownership of any of the pictures displayed on this website unless stated otherwise. Some of the images used on this website are taken from the web and are believed to be in public domain. We have used reasonable efforts to accredit the source (public domain/CC0 status) to where it was found and indicated it below the image.