Australia's leading regional bank, Bank of Queensland (ASX: BOQ) has announced the retirement of Mr Roger Davis serving as a Chairman since May 2013. The Board has already selected highly experienced Mr Patrick Allaway as the next Chairman.

As per the company’s announcement, Mr Roger Davis will retire after the release of BOQ’s full-year results, which are expected to be revealed in October 2019. With extensive experience in the financial services, property, media and retail sectors, Mr Patrick Allaway will help the company in facilitating the banks’s strategic agenda, which includes the ongoing digital transformation of the bank.

In his 30 years of experience, Mr Allaway has worked for big companies like Citibank and Swiss Bank Corporation and was Managing Director of SBC Capital Markets & Treasury.

While commenting on his appointment, Mr Patrick Allaway told that he will ensure that the bank will deliver long?term value creation for customers and shareholders.

During the half-year period, BOQ’s cash earnings after tax decreased 8 per cent from 1H18 to $167 million. Further, BOQ’s cash basic earnings per share was 41.8 cents per share, a decrease of 10 per cent from 1H18. Cash return on equity also declined during the period, falling 110 basis points to 8.8 per cent. Lending growth of $500 million in the half-year period represented an increase in balances of 2 per cent annualised in a slowing market. Net interest margin decreased by 4 basis points from 2H18 to 1.94 per cent, due to intense competition for new lending, a higher bank bill swap rate and the associated impact on the hedging costs.

In the half-year period, BOQ witnessed a 13% reduction in non-interest income, a trend that has been common across the industry. Operating expenses of the bank increased by 2% as investments continued to be made to set the business up for the future.

In the first half of FY19, BOQ’s impaired assets reduced by 12 per cent and loan arrears remained low. However, loan impairment expense increased $8 million during the period, primarily due to an increase in the collective provision. 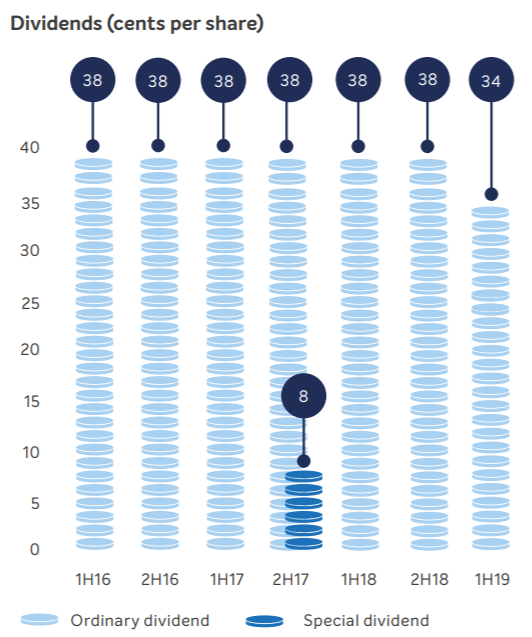