West Perth, Australia-based 88 Energy Limited (ASX: 88E) is engaged in the exploration and development of its oil and gas acreage. The companyâs key ongoing operations include Project Icewine, Yukon Gold and Western Blocks, all located on the North Slope of the proven Alaska basin.

In March 2019, 88 Energy utilised Rig-3 for the drilling of the Winx-1 well that delivered a safe and efficient performance through the complete course of operations. 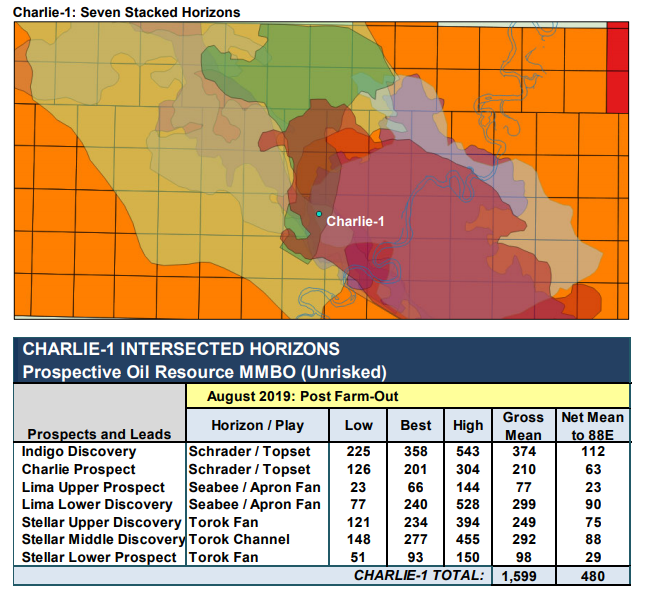 So, far, major headways have been achieved on the permitting front, with only two of the main permits due including the Plan of Operations and Permit to Drill, which are both in the process of being finalised for approval. In addition, 88 Energy is also progressing on schedule, the tenders and contracts for equipment and services required for Charlie-1. The conditions precedent related to the recent farm-out with Premier Oil Plc are being completed as per the timetable, with all conditions expected to be met prior to the end of November 2019.

Project Icewine Conventional Farm-out- On 23 August 2019, 88 Energy informed the stakeholders that it had executed a Sale and Purchase Agreement with Premier Oil Plc, whereby Premier would farm-in for a 60 % interest in Area A, also known as the Western Play Fairway, of the conventional Project Icewine. The key highlights of the agreement included- 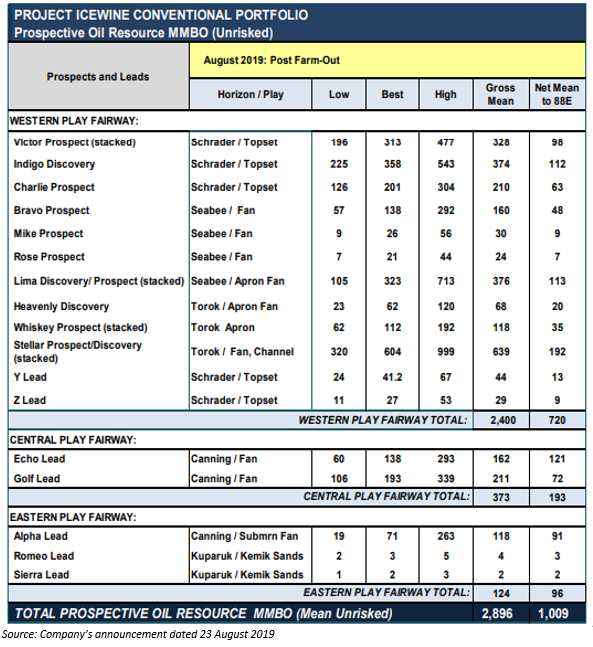 About the Charlie-1 Appraisal Well - The Charlie-1 appraisal well was designed as a step out appraisal of the Malguk-1 well drilled in 1991 by BP Exploration (Alaska) Inc. The drill identified elevated resistivity and mud gas readings at multiple horizons, but these left untested due to complications encountered at the end of operations, causing a shortage of time prior to the end of winter season. Although, a vintage 2D seismic drilling was also implemented, yet it was insufficient to assess the extent of the prospective targets.

Thereafter, 88 Energy carried out revised petrophysical analysis at Malguk-1, that discovered a bypassed pay in the well. The company also completed the acquisition of modern 3D seismic in 2018, for determining the oil accumulations that were discovered.

The drilling at Charlie-1 is scheduled for February 2020 followed by flow testing completion in April 2020. Charlie-1 would intersect around 7 stacked prospects, of which 4 are considered oil bearing in Malguk-1 and thus, interpreted as appraisal targets. The total Gross Mean Prospective Resource across the 7 stacked targets is ~ 1.6 billion barrels of oil (480 million barrels net to 88E).

The well would be operated by 88 Energyâs subsidiary Accumulate Energy Alaska, Inc, and the required funds would be provided by Premier Oil Plc up to USD 23 million as per the recent farm-out agreement.

On 13 September 2019, 88 Energy announced to have completed a bookbuild to domestic and international institutional and sophisticated investors to raise up to AUD 6.75 million through the issue of 540 million ordinary shares at AUD 0.0125 each.

The funds raised from this placement, along with the company's existing cash reserves of AUD 6.5 million as at 30 June 2019, were indicated to be directed towards the ongoing evaluation of the conventional and unconventional prospectivity of the company's current assets, including any potential costs related to the Charlie-1 well and also for identification and exploitation of new opportunities on the North Slope of Alaska.

What are Stock Markets ?

Tags:
News Oil and Gas 88E
All pictures are copyright to their respective owner(s).Kalkinemedia.com does not claim ownership of any of the pictures displayed on this website unless stated otherwise. Some of the images used on this website are taken from the web and are believed to be in public domain. We have used reasonable efforts to accredit the source (public domain/CC0 status) to where it was found and indicated it below the image.