An exploration and development company, West Wits Mining Limited (ASX: WWI) witnessed an improvement of 14.286% in its share price during the intraday trade.

In an announcement made on 29th May 2019, the company reported that it has been granted Exploration Licence (EL 45/5045) for its Mt Cecelia project. The Mt Cecelia project is located on the boundary between the world-class copper-gold rich Paterson Province and the Pilbara Craton, providing an exciting exploration opportunity for the company. 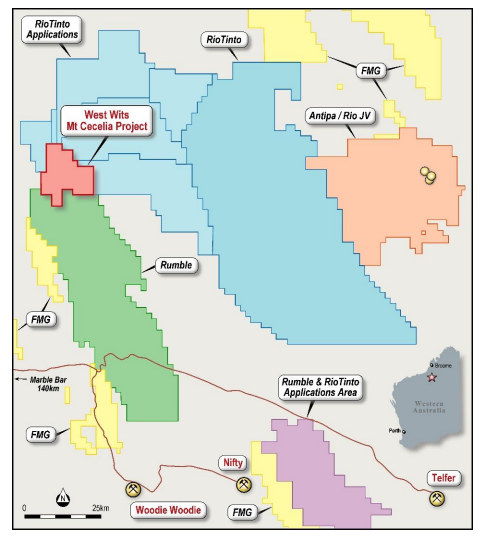 Mt Cecelia and neighboring tenements (Source: ASX announcement on 29 May)

Granting of the exploration licence will allow WWI to advance the Mt Cecelia project. The license was granted by The Department of Mines, Industry Regulation and Safety on 28th May 2019 with a following notable condition:

“No access to the areas designated FNA 13553 or FNA 14592, prior to the holder entering into an access agreement with the proponents of the proposed Solar and Wind Farm Project”. 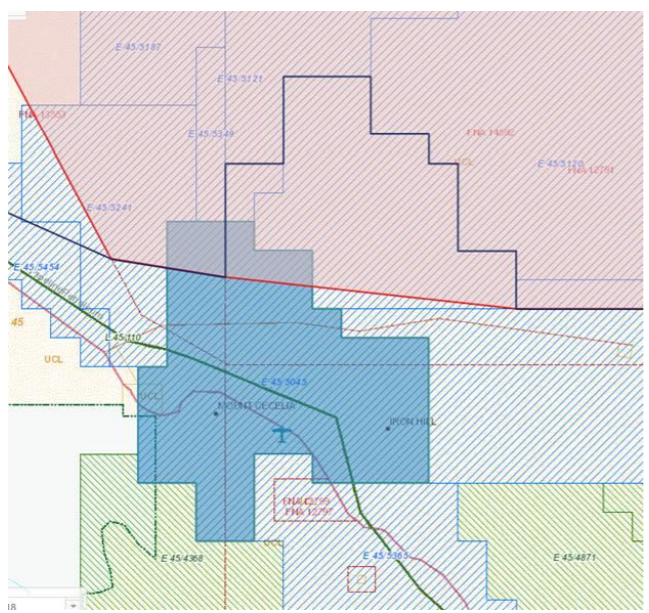 The company is going to conduct exploration activity on the remaining 200km2, whilst working with the FNA proponent on agreeing to suitable access agreements on the affected area.

In March 2019, the company commissioned a third-party desktop review, which is on the verge of completion. After completion, the Exploration Team will review the findings, identify the initial target areas and finalise the exploration program.

In South Africa, the company is progressing with the development of the Witwatersrand Basin Project. During the 2019 March quarter, the company’s Scoping Document received approval from South African Regulator to advance the Mining Right Application for the Witwatersrand Basin Project. With this approval, the company has achieved a significant milestone in the Mining Right application process and moved its project closer to mine development. The Environmental Impact Assessment of the project is also well advanced and expected to be submitted by early June May 2019, triggering the final Mining Right application review process.

During the 2019 March quarter, the company also entered into a Farm-In Agreement with First Au Ltd (ASX: FAU), allowing WWI to unlock value from the Tambina Project while the company focuses its resources on developing 3.65Moz Witwatersrand Basin Project into a significant underground operation.

Recently, in March 2019, the company announced an appointment of Mr Simon Whyte as Joint Company Secretary and CFO, making a significant addition to the company’s Board. Mr Simon Whyte is an experienced Chartered Accountant, who has served at various compliance, commercial and operational roles in big companies.