Lithium Australia NL (ASX: LIT) has built a rational portfolio of lithium projects/alliances (see figure below) and continues to conduct R&D on its disruptive proprietary extraction technologies (SiLeach® and LieNA®) for conversion of all lithium silicates (including mine waste), and of unused fines from spodumene processing, to lithium chemicals. 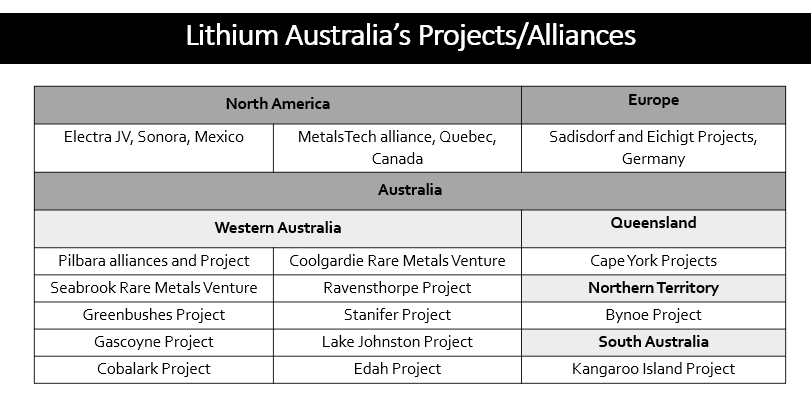 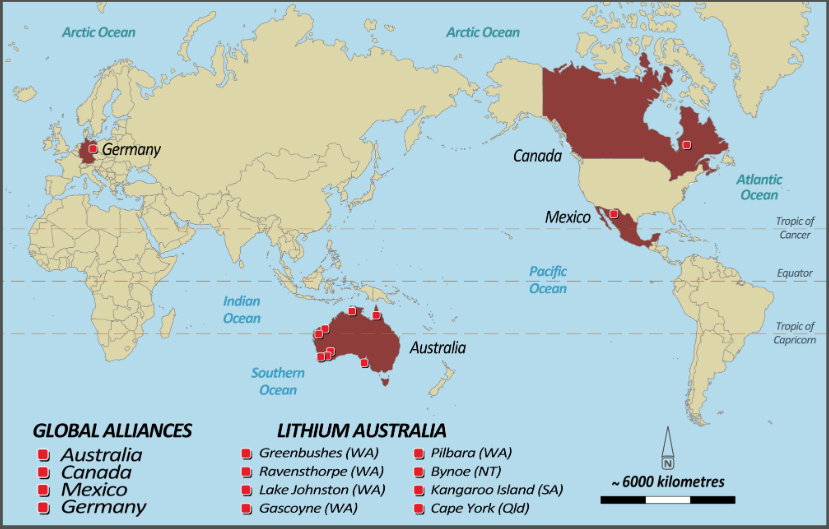 The company is also aspiring to produce advanced components, from those chemicals, for the global battery industry, and for stationary energy storage systems within Australia. Lithium Australia is essentially seeking to establish a vertically integrated lithium processing business, via integration of lithium recycling, extraction and processing. 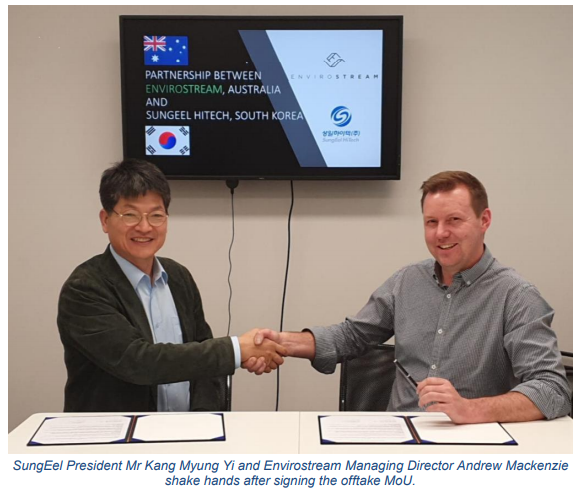 Pursuant to the MoU, Envirostream would exclusively supply metals extracted from recycled lithium-ion batteries (LIBs) out of Australia including mixed metal dust (MMD) containing the energy metals cobalt, nickel and lithium, all recovered from spent LIBs at Envirostream’s battery recycling plant in Melbourne, Australia. The shipments of MMD are scheduled to begin In November 2019 as Envirostream recently expanded its recycling facilities.

SungEel is engaged in recovering important energy metals from LIB waste and leads the formulation of environmentally sustainable technologies, with multiple R&D programmes ongoing. The work being done by SungEel is imperative to achieving the vision of circular battery economy within Australian borders as well as internationally.

Currently, Envirostream is the only company based in Australia with the integrated capacity for collection, sorting, shredding and separation of all the components of spent LIBs, that Lithium Australia immediately recognised as highly complementary to its recycling capabilities.

According to CSIRO’s April 2019 forecast, the quantity of discarded LIBs in Australia is expected to grow from the 3,300 tonnes logged in 2016 to somewhere between 100,000 tonnes and 188,000 tonnes by 2036. Thus, LIT, working to deliver efficient recycling of battery waste, is directing investments across logistical infrastructure, a precursor to recycling of lithium ion batteries via its tie up with Envirostream Australia, which would support recycling countrywide and application of its technical experience to other jurisdictions in time to come.

Lithium Australia and Envirostream Australia had joined hands in April 2019 when Envirostream issued shares to Lithium Australia and MD Adrian Griffin was appointed as director of that company. This collaboration further strengthened LIT’s resolve for creation of a circular economy involving recovery of metals from LIB waste, with subsequently rebirthing battery components using its ground-breaking, patented cathode-powder production technology by VSPC Ltd, which is a wholly-owned subsidiary of Lithium Australia.

Since then, the two parties have been engrossed in working towards the development of environmentally responsible solutions to the pressing issues that spent LIBs represent in a world shifting towards renewable energy sources. Recently in October 2019, Lithium Australia had further increased its equity interest from 18.9% to 23.9% in Envirostream via investment of an additional $ 100,000.

In recycling spent LIBs, Lithium Australia is targeting to meet the ethical, social and governance standards that the community expects major companies to abide by. Besides, worldwide, the improvements in resource sustainability and reductions in the environmental footprint of portable power are expected to further fortify the world’s capacity to cope with and mitigate climate change. With that backdrop, Lithium Australia’s increased investment in recycling in general as well as in EA in particular, represents a tremendous opportunity to meet its goal. 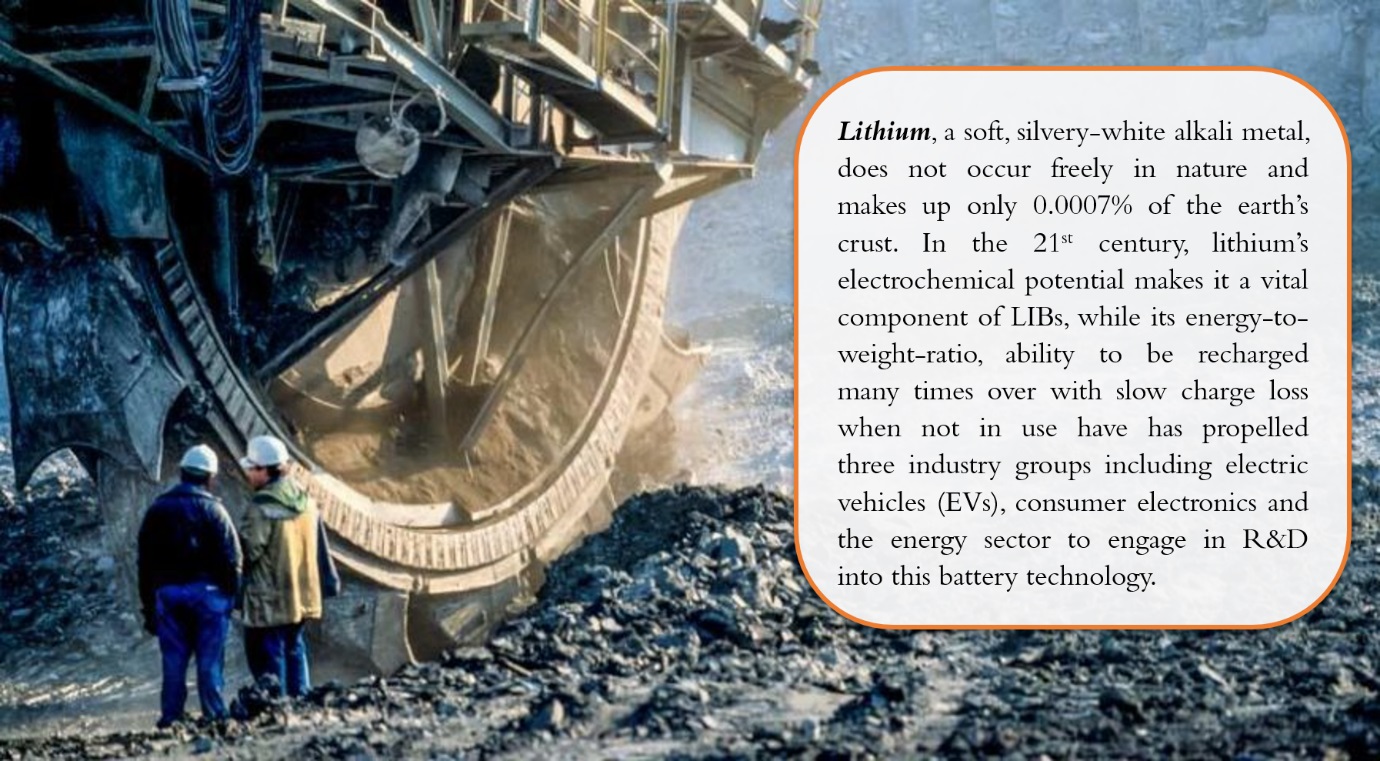