Greenhouse gas (GHG) emissions and climate change is a global phenomenon. Australia ranks amongst the highest CO2 emissions per capita group, with discharges almost doubling in the past 40 years. The sector which contributes the most is the Australian Power sector (45% of entire Australian GHG emissions). The emissions from our power sector have almost quadrupled in the past 50 years.

If the data doesn’t worry you, perhaps this visual will. Nitrogen Dioxide, a GHG gas is emitted in vast quantities from Thermal Power Plants. These visuals demonstrates the Nitrogen Dioxide concentrations, across the urban centres in Australia during the Coronavirus spread in the country. 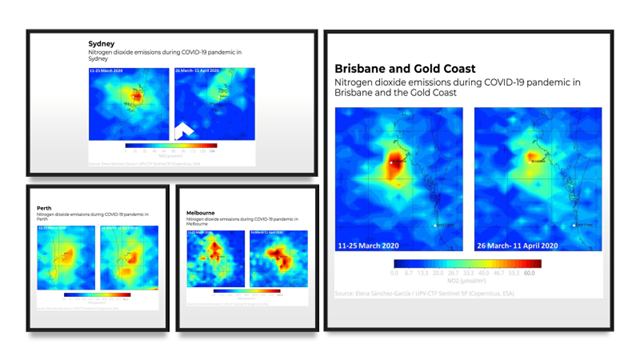 Now that it has been established that Thermal Power and the Power industry altogether is a major emitter, 3 out of 4 top banks in Australia have chosen to disassociate themselves from thermal power projects.

To address the growing environmental concern, the Australian Energy Market Operator (“AEMO” T released a blueprint of transition to Renewables, stating plans to accommodate up to 75% penetration of Solar and Wind power in Australian grid system by 2025.

Greatcell's PSC in the transforming Energy mix of the world: Must Read

Michael Moore’s latest film, “Planet of the Humans” lifts the lid on the conglomerate driven solar industry and exposes it for the corporate money making behemoth that it has become. The documentary also details the huge amount of energy that goes into making conventional solar panels, pointing out that the main ingredient, silicon, must be heated to over 1800C during the manufacturing process - and it is usually coal that is used to provide this energy.

The Global Leader in the Perovskite Solar Cell Technology: Powering the Future

Perovskite materials used in PSC are low cost, abundant, and do not need to be heated to extreme temperatures during the manufacture process. There is the clear potential to manufacture a solar power generation product that is truly far more environmentally friendly to conventional silicon panels.

Upon comparison with a silicon based solar cell, the Perovskite cell has a number of advantages: -

The PSC is anticipated to rule the future of the solar power sector despite some unique challenges and will emerge as the economical, efficient, and sustainable medium for power generation with almost minimal impact to the environment. A collective effort of government, PSC companies and organizations to adopt cleaner and advanced PSC technologies will help reduce emission and will assist in controlling the climate change phenomenon.