After yesterday being the best session in last seven weeks, and the market surging by almost 3 per cent, again today benchmark index S&P/ASX200 kept fluctuating between red and green zone and ended in the red zone with 5775 points, down by 0.09 per cent as compared to yesterday's closure of 5,780.0 points.

Amid escalating tension between US and China and uncertain environment due to the ongoing pandemic crisis, it seems Australian share market is reflecting the tense environment. The US wants China to take responsibility for not being able to control the coronavirus spread from China to other countries.

US President Trump has also threatened to leave the WHO as US accuses WHO for shielding China over China’s inability to curb the virus in their own country. Furthermore, he added, his administration is all set to take action against China for its efforts to impose national security laws on Hong Kong.

The top and worst performers for today's market are:

The top two gainers were-

The worst-performing stocks were –

Let's see the graph below to view the top five best and worst performing sectors today: 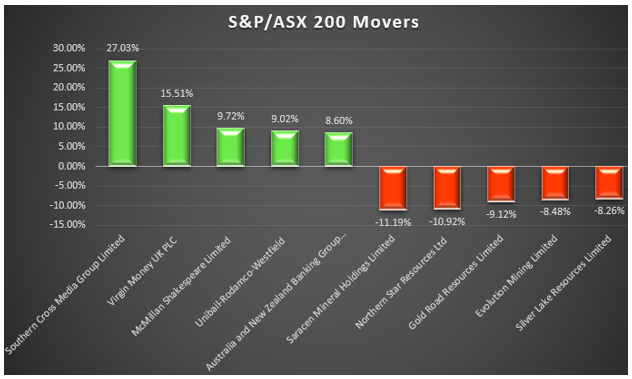