The S&P/ASX 200 recovered from the falls recorded at the beginning of trading session today, closing just 0.1 point off from the previous close at 5,221.2 points.

After market close, Lynas Corporation (ASX:LYC) reported that it was awarded with a contract by the US Department of Defence. 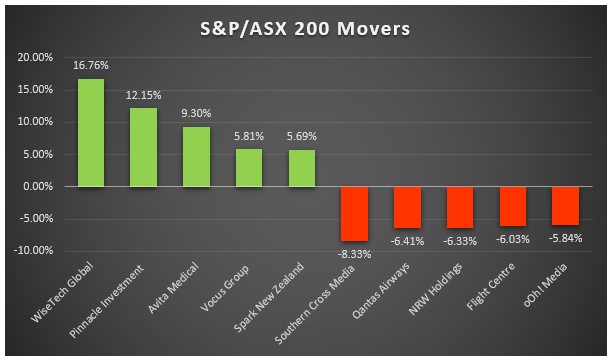