Today the market closed for the week and ended in the green zone. The benchmark index settled at 6126.2 and was up by 0.58 per cent as compared to yesterday's closing of 6091.

The market got a positive boost from RBA Governor's comment today that the country's banking system is stable enough to handle the rising unemployment and deferred loans of millions of dollars.

US stock market on Thursday witnessed a mixed performance, with NASDAQ Composite up by 0.27 per cent, Dow Industrials down by 0.29 per cent, and S&P 500 dipped by 0.20 per cent.

The stocks that outperformed others in today's trading session are:

The stocks that performed the least today are:

The graph below shows the five top performing and least performing stocks for today's market: 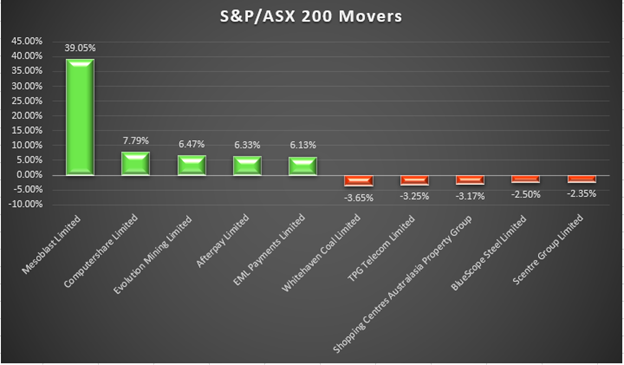