Beacon Minerals Limited (ASX:BCN) has announced the he results of its recent exploration programs at the Company’s Lost Dog and Stockdale Prospects.

The exploration program was completed which comprises aircore drilling on the Jaurdi leases and a first pass aircore program at the Stockdale Prospect.

The company also completed a final round of grade control drilling in Panel 1 at the Lost Dog mine which resulted in better grades as defined by the July 2017 Mineral resource. 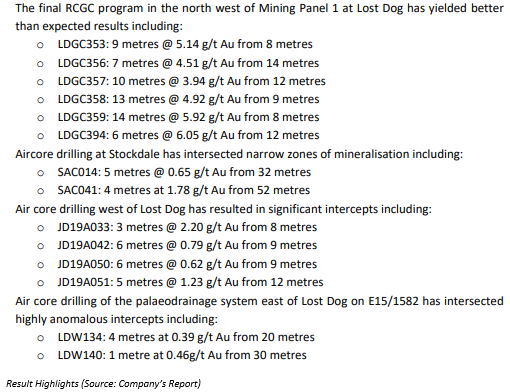