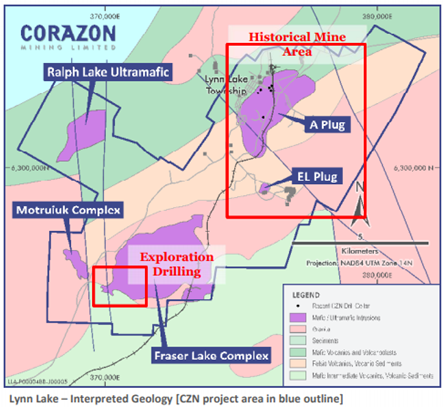 With a strong focus on the development of the Lynn Lake Nickel project, the explorer has successfully reunited the consolidation of the historical Lynn Lake Mine which was under the control of separate partners ever since the closure of mining operations in 1976. Further, Corazon recently exercised an option to acquire the Dunlop project area. The historical mining operations ran for 24 successful years to process over 20 Million tonnes of ores. Manitoba is an established mining province offering excellent existing mining infrastructure.

Reaping Fruits of the Advancement of Exploration Activities at Lynn Lake

The recent advancement includes the resource upgradation at the Lynn Lake mining centre with an exploration program already in progress for additional superficial resources. 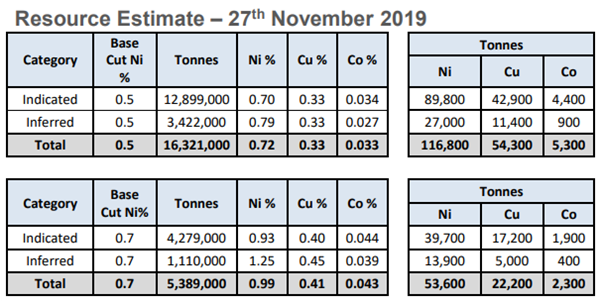 Application of innovative and advanced processing techniques resulted in unprecedented separate and high purity nickel and copper concentrates with concentrate grades of 26% and 27% and metallurgical recoveries of 71% and 77% in the Nickel and Copper concentrates, respectively with significant potential for further improvement.

The new geophysical targets at the Ni-Cu sulphide mineralisation system at FLC is currently under exploration. The Fraser Lake complex is twice as large in comparison to the ‘A plug’ at Lynn Lake which produced over 18 Mt ore with 0.88% Ni and 0.47% Cu historically. On the basis of geochemistry and structural composition, the Fraser lake is interpreted to be similar to Lynn Lake.

Corazon has developed key geological and mineralisation understanding at Fraser Lake. Magnetic vector testing at the Lynn Lake mining centre has defined the magnetic response to at least 600 metres depth.

The MVI geophysical ground data processing was carried out for the Lynn Lake mining centre. As a result of the MVI, the geological interpretation defined the structure and distribution of mineralisation systems in the Fraser Lake complex and led to the identification of several unknown magnetic bodies and drilling targets.

A new north west dip is understood to contain the strong Induced Polarisation (IP) anomaly at the Matrix trend. The matrix trends interpreted to be linked to the gabbro deposit type within the FLC.

Corazon focuses on the Matrix trends at the FLC, which holds a blend of young intrusions within older gabbro rocks. The IP anomalous nature indicates the presence of Nickel, iron and copper sulphates. Vast sulphide mineralisation is anticipated within the Matrix trend as revealed by the drilling core, assisting substantially in prioritising key drilling targets. 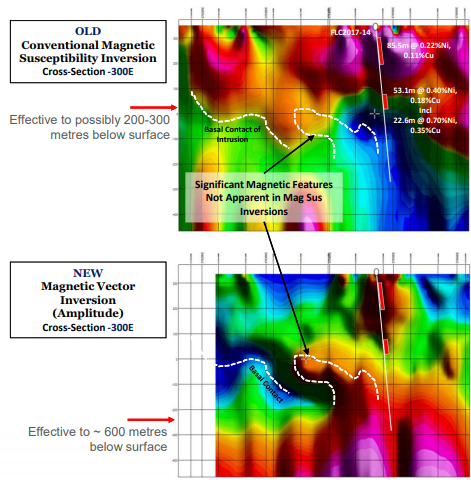 The current drilling program is underway with the Hole FLC2020-22 drilled to 523.4m (~400m below surface). The drilling program has been suspended temporarily due to the snow melting and is anticipated to commence once the water level declines and surface firms up.

The drilling so far has indicated the presence of increased sulphide mineralisation at depth with the base of a target located around 500 metres below the surface.