Manitoba holds a long history of Nickel Sulphide mining in the territory. Historically, the Lynn Lake project historically operated for over 24 years to produce 206,200 tonnes of Nickel and 107,600 tonnes of Copper until the mining operations were suspended in 1976. Little was it know at that time, that the mining centre would again be reconsolidated in future. Corazon finally reunited the mining regions with the addition of Victory mining project to Lynn Lake.

The Lynn Lake project is in a mining-friendly neighbourhood with access to considerable existing infrastructure. Corazon has been successful in exploring and adding substantial mineral resources through the application of modern exploration techniques at the brownfield site.

The 2019-20 drilling program at the historic mining centres at the A& E deposits indicated a potential for shallow mineralisation. 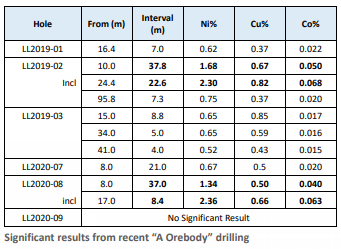 In late May, Corazon had earlier in late May, released a technical presentation to update the advances on the Fraser Lake Complex within the Lynn lake mining centre. To read on the Technical aspects of the exploration at Lynn Lake, Click Here

In addition to the historical site, the exploration did focus on identifying new targets leading to two major discoveries, which are-

The new geophysical prospects at the Fraser Lake Complex are currently being explored under the latest drilling and assaying program.

So far, Corazon has so far identified five intrusive centres with all of them showing similarities and are being interpreted to be part of a single large mineralisation system. With all five centres showcasing the potential for Nickel Cobalt Sulphide mineralisation, so far only two have effectively been tested.

Corazon is applying the latest and advanced geophysical processing method, Magnetic Vector Inversion (MVI) to identify additional prospective areas and at depth. MVI can be used to identify magnetic anomalies to a depth of at least 600 metres. Corazon is utilising the MVI method across the extensive project area to test the large volcanogenic system to identify further sulphide targets.

The systematic approach of identifying priority targets at depths has been best discovered by the MVI. Since 2019, the time when Corazon started implementing MVI for mineralisation at depths, the company has been substantially able to identifying drilling targets, especially in Fraser Lake Complex. Additionally, MVI has significantly improved the geological interpretation of the Fraser Lake Complex and helped identify new drilling targets.

Fraser Lake - The Exploration Jewel in the Crown

Fraser Lake is located five kilometres from the Lynn Lake mining centre with substantial large prospective area in comparison to the major historical mining regions. Fraser Lake is geologically and structurally similar to Lynn Lake and holds significant Ni-Cu mineralisation with the matrix trend coinciding with the geophysical anomalies.

The nickel deposits at Lynn Lake Mining Centre provide a geophysical fingerprint for targeting at the FLC. Matrix trend is a 1.8 kilometres Induced Polarisation anomaly which was exposed to a drilling program in 2017-18. The drill holes along the matrix trends intersected sulphide mineralisation and later was exposed to an MVI which revealed new targets in the area.

Furthermore, a large 300 X 200 metres target has been identified adjacent to the best drilling holes in the matrix trend. The Basal contact anomaly has been found to be consistent with over the strike of 300 metres and is similar to various global nickel-copper magmatic sulphide deposits in terms of its mineralisation setting.

The current drilling program at the Fraser Lake Complex (FLC) has indicated an increase in sulphide nature with depth. The drilling program has been paused for now thanks to the poor surface conditions due to the spring meltwater. The base of the target is understood to be located at 500 metres below surface with the drilling to recommence once the surface conditions improve. The drilling hole FLC2020-22 was drilled to 523.4 metres or 400 metres below the surface.

The Mount Gilmore Project: Corazon’s Other Ace in the Pack 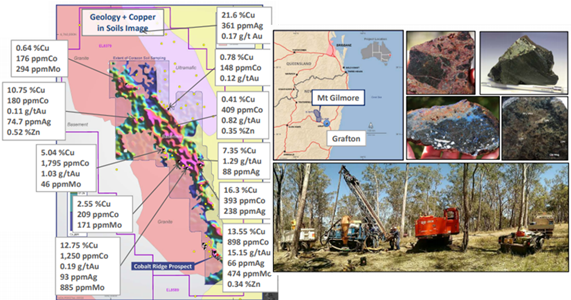 Corazon had earned 80% stake in the project following the exploration activities over three years, spending over $2 million. The exploration at the Mt Gilmore project is focused on Cobalt Ridge prospect which indicated strong Cobalt sulphide mineralisation.

With World Singing the Call for Cleaner Fuel, Corazon Progresses well on Mt Gilmore: Must Read

The mantra is engraved in the core of Corazon as they focus on the advanced Lynn Lake project at a time when the Nickel market has face substantial deficit since 2015 and an urgent requirement for an increase in supply is required in the upcoming years to meet the burgeoning demand from alloys and the battery sector.

Corazon closed at $0.0030 a share, with a market capitalisation of $7.23 million. The shares have offered a lucrative return of 20% in the past five days.