Retail finance offers credit facilities or stage payments to creditworthy consumers. In recent years, the concept of buy now pay later (BNPL) witnessed a tremendous growth in Australia. BNPL enables consumers to purchase the services or goods immediately and make payments for the bought products over the course of time. This service is mostly popular amongst the young generation, since the youth finds it as an alternative option to credit cards.

As per the survey on consumer research, there are more than two in five users who use buy now pay later services, with an annual income of less than $40,000. In this group, 40% of the consumers were either students or engaged with the part-time work. With this service, consumers can buy more expensive products that were not easy to afford in a single payment.

According to ASIC report, the number of buy now pay later arrangement users has increased to 2 million consumers in 2017-2018 financial year- 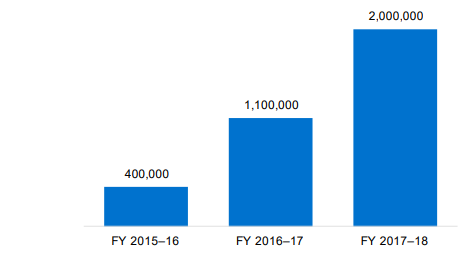 In this article, we are discussing the two stocks which provide buy now pay later services.

Letâs zoom the lens on the growth of Zip Co and Afterpay:

According to a recent ASX announcement on 7 November 2019 the company unveiled that it has issued 20,001,444 new fully paid ordinary shares.

In another ASX update on the same day, the company announced that Zip has entered a strategic agreement with Amazon. Z1P would issue to an affiliate of Amazon with warrants to buy up to 14,615,000 ordinary securities, in connection with the strategic deal. With this agreement, Zip becomes Amazonâs first Australian instalment payment option, and it is available as a payment option for customers shopping on Amazon.com.au.

Commenting on the deal, Zipâs CEO and Managing Director Larry Diamond, stated that consumers who are seeking to own the way they make payments, would have a wonderful experience owing to the agreement.

In October 2019, the company notified that it would conduct an annual general meeting on Friday 29 November 2019 at Sydney, Australia. The agenda of this meeting will be the discussion of financial statements and reports along with the following resolutions-

A Melbourne headquartered company, ?Afterpay Touch Group Limited (ASX: APT) is a financial technology entity and is currently operating in the United Kingdom, Australia, New Zealand and the United States. Afterpay Touch Group was formed after the merger of Afterpay and Touchcorp in June 2017, and after this merger, APT emerged as a leader in the buy now pay later (BNPL) industry. The main agenda of the company is to make purchasing feel great for a global customer base.

The company announced that an AGM would be held in Melbourne on Wednesday 13 November 2019 at 10.30 am. The key business highlights of the meeting will be the discussion of financial and related reports including the following resolutions-

The company will continue investing in innovation in FY2020, particularly in the global platform and data capability, which will add value to the merchants and customers. Various innovations are being conducted and are/or in the roll-out phase, which includes Variable Payment Upfront and Merchant Cross-Border Trade. 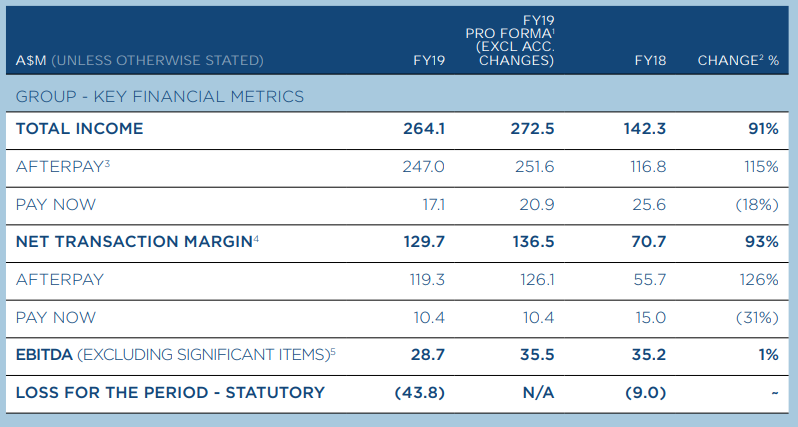 Tags:
ASX: APT ASX: Z1P Buy Now Pay Later
All pictures are copyright to their respective owner(s).Kalkinemedia.com does not claim ownership of any of the pictures displayed on this website unless stated otherwise. Some of the images used on this website are taken from the web and are believed to be in public domain. We have used reasonable efforts to accredit the source (public domain/CC0 status) to where it was found and indicated it below the image.