Why Guidance Is Critically Viewed For IT Stocks – ELO, AD8, DTL, OCL, RHP

Guidance, also known as earnings guidance, is the forward-looking statement which the company provides to its investors about its estimate of future earnings. Guidance also gives an idea about the company’s revenue estimate as well as capital expenditures. The company guidance gives a clearer picture of it expect its financial performance would be in the upcoming financial year or in the remainder of the current financial year. The management, which runs the business, is aware of the challenges and is in a better position to predict the company’s performance in the foreseeable future.

Why is guidance critically viewed for IT Stocks?

Running an IT business involves investing a considerable amount of capital in product development which the company funds from its own reserves or goes for capital raising from the market or from private equity investors. IT companies have more human resources engaged for the development of their products or providing services to the client. As a result, they have to pay a lot of money in the form of salaries and wages. These companies also require systems to develop new software or product, which involves further cost. When these companies go for expansion or increase their geographical footprint, they require funds to support the process.

Since many investors and shareholders invest their hard-earned money in anticipation of better returns from the company, they keep an eye on the company’s guidance. Based on the business model and growth prospects in the future, these shareholders keep track of how the business is performing and the utilization of capital for future growth. Apart from this, the investors also look at the business models of these companies. The volatility of the shares depends on the prospects of businesses the company is into. Majority of IT companies derive their revenues from contracts for particular software or services which they source from various companies from different sectors. The profitability of companies depends on the successes of these deliverables. People associated with such projects have a better notion of the project pipeline in the future, which is an area of interest to the investors.

In this article, we would cover five IT stocks and have a look at their recent result declarations along with outlook or guidance. 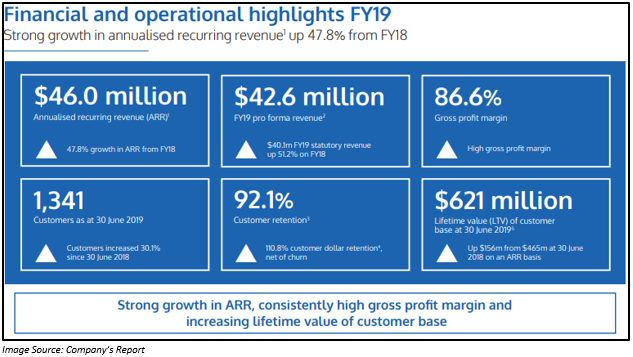 Audinate Group Limited (ASX: AD8) is the provider of professional audio networking technologies across the globe. 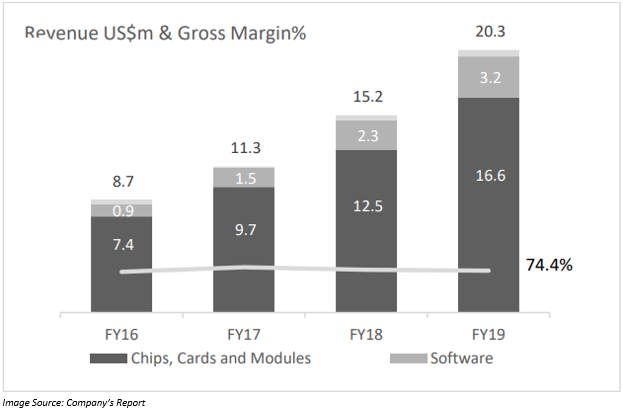 Data#3 Limited (ASX: DTL) is one of the leading providers of IT services and solutions in Australia. 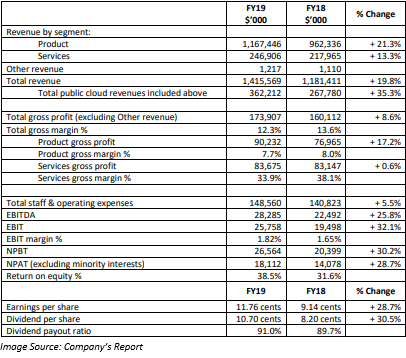 The company is confident that it would be able to deliver on its long-term strategy. The company would focus on building its strength and also improve shareholder value. Overall, the company aims to provide sustainable earnings growth.

Objective Corporation Limited (ASX: OCL) is a software company that is into the business of enterprise content management.

Rhipe Limited (ASX: RHP) is a cloud channel company which offers its partners with a end to end cloud solution, thus, supporting its partners in growing as well as thriving in the emerging Cloud economy. It is known for its expertise in the subscription software licensing domain in the APAC region.