Post the double whammy of bushfires and COVID-19, which hit the Australian economy hard over the past few months; the country has finally started on the road to recovery.

The easing of lockdown and relaxation in restrictions has led to the resumption in business activities across the country. The level at which companies can operate varies according to the degree of relaxations offered by the respective states.

As Australian businesses start getting back on their feet, let us look at a few ASX-listed companies from different sectors with their latest updates: 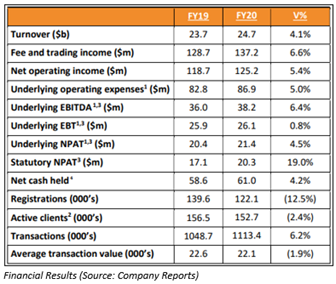 Incitec Pivot Limited is involved in the manufacturing and supply of industrial chemicals, industrial explosives, and fertilisers. The Company has recently opened its share purchase plan to raise up to $75 million. This share purchase follows the institutional placement through which the Company raised $600 million.

The Company would utilise the capital raised from the Placement and SPP to repay drawn balances of syndicated facilities, with the remaining amount held as cash on deposit.

This equity raising would cement IPL’s balance sheet to make its business healthy in the current uncertain scenario. This would also assist financial flexibility to chase organic growth prospects.

Tabcorp Holdings Limited is engaged in the provisioning of gambling and other entertainment services.

Tabcorp has decreased its operating and capital expenditure and reviewing various commercial arrangement to address the impacts of COVID-19 on the businesses and financial position of TAH.

Centuria Office REIT is engaged in making investments in commercial property within Australia. Centuria has recently secured additional debt facility from Crédit Agricole with a term of seven years. This facility increased weighted average debt maturity to 3.7 years from 3.4 years and rose undrawn debt to $131.5 million.

This new, extended duration debt facility improves available liquidity of the Company while further diversifying its debt maturity profile, with no debt facility expiring until June 2022.

On the outlook front, the Company has decided to suspend its FY20 FFO guidance due to the uncertainty arising from COVID-19 as well as the potential impact on business operating conditions. However, it expects to pay a distribution of 17.8 cents per unit during FY20.

Growthpoint Properties Australia is a real estate company, which is engaged in investing in Australian commercial real estate. Growthpoint has secured a new debt facility of $100 million with a new banking partner. This new facility is into two equal tranches of five and seven years.

This new facility provides rise to its liquidity. GOZ currently has $345 million of undrawn debt lines and $42 million of cash on its balance sheet. GOZ’s weighted average debt maturity has increased to 4.6 years and it has no debt maturity until FY22.

Decmil Group Limited provides engineering construction services for the Infrastructure, Resources and Renewable Energy sectors. Recently, the Company has appointed Dickie Dique on the role of Chief Executive Officer. The Company further added that discussions around the sale its Homeground Gladstone asset are ongoing.

The stock of DCG is currently placed in a trading halt owing to the outcome release of the accelerated entitlement offer’s institutional component.