What Made These Health Care Stocks- NXS, IXC, PME Popular Among Investors?

Let us now find out, the reasons behind the three stocks being so popular amongst the investors:

Invex Therapeutics Ltd (ASX: IXC) a biopharmaceutical company, concentrates on developing effective treatments for neurological conditions, which is caused by raised intracranial pressure (ICP). ICP is considered as a serious issue in a range of neurological conditions, which includes idiopathic intracranial hypertension (IIH), traumatic brain injury or severe stroke. The company was established in March 2019 and is headquartered in Australia.

As per the company’s announcement on 3 July 2019, it got admitted to the Official List of ASX Limited, effective 3 July 2019 as well. Also, the Official quotation of ordinary fully paid shares of IXC started on 5 July 2019. The company was able to raise $12,000,000 pursuant to the offer under its replacement prospectus dated 29 May 2019 by issuing 30,000,000 fully paid ordinary shares of the company at an issue price of $0.40 per share.

For the period between 8 March 2019 To 31 March 2019, the company made a net loss of $11,190, which was due to the establishment costs of a public company. In order to get listed on ASX, the company raised a seed capital of $500,000. The company would also be raising adequate capital so that it could finalize the assignment of the Intellectual Property from the University of Birmingham and fund the research and development programme.

On 3 July 2019, the company further released an announcement where it highlighted that it intended to apply capital raised from its initial public offer worth $12,000,000 along with the present cash balance over the initial two years. 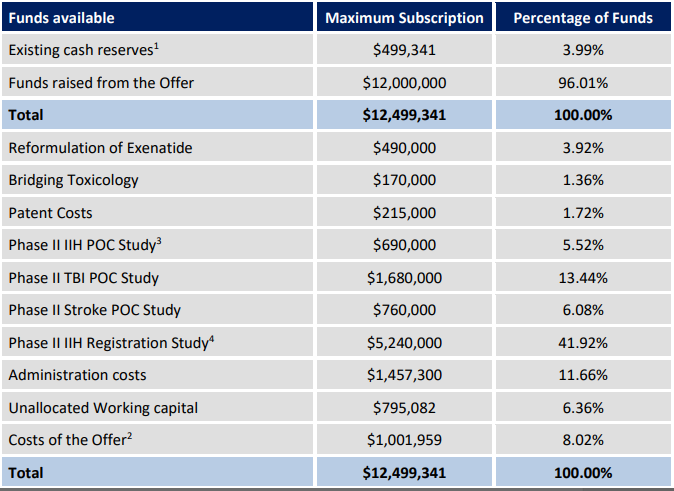 On 5 July 2019, IXC released an Investor presentation where it mentioned the IPO Investment Highlights, as follows:

Next Science Limited (ASX: NXS) is a company from the healthcare sector which got listed on ASX on 18 April 2019. The company is into the business of Commercialising as well as developing its XbioTM technology, which is a non-toxic technology and is efficient enough in eliminating both biofilm-based and free-floating bacteria in various products that are used for the treatment of biofilm-based infections. The company is focused on creating high-quality solutions for a global impact. Next Science Limited was founded in the year 2012 and is headquartered in Chatswood, New South Wales.

Since the time, the company got listed on ASX, its shares have been giving a positive return.

In the investor presentation, which was released on 27 May 2019, the company highlighted about Biofilms, which is a global health care problem. Biofilms can give rise to extensive threat to humans, animals as well as the environment. The treatment of these resistant forms of bacterial infections is quite difficult. Around 10 percent of bacteria are free floating, and rest of the 90 percent organically of them form colonies, which is known as biofilms. 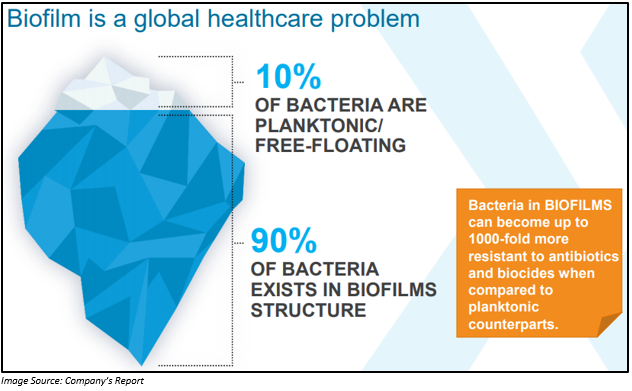 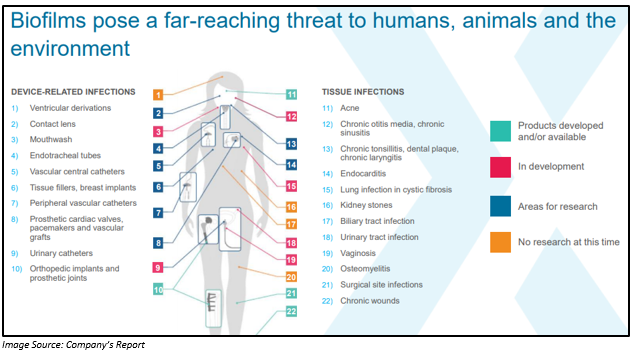 XbioTM formulations use a patented composition-of-matter as well as the method of action which include the non-toxic technology, which is designed in such a manner that it would physically break down the protective structures of biofilm. It helps in exposing and removing bacteria that are enclosed within the technology and at the same time, offers targeted therapy with no known antimicrobial resistance. 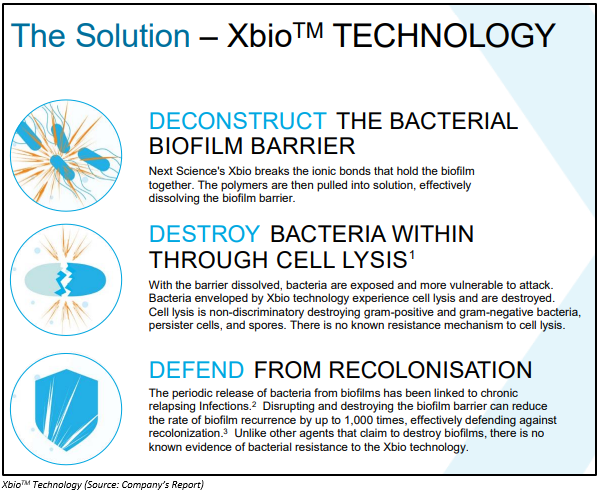 The presentation also highlights various case studies, where in one of the cases a 67-year old diabetic female, with the history of trauma to the lower leg with Recalcitrant chronic wound 3.5 cm wide reported a total closure of the wound post 4 weeks of treatment. Another case was of an eighty-four-year-old male, with TYPE II diabetes, kidney failure, hypertension and multiple cancers. His right forearm loop graft was Infected. Also, his wound was of 4.7 cm, indifferent to standard care, surgery as well as antibiotics for more than 8 months. With the application of BlastX with dressing changes in every 2 days, the wound got healed within two weeks.

Besides, in the US, the company has a huge market opportunity.

The development plan of the company for Medical Device Products till 2023 is as mentioned below:

The development plan of the company for Pharmaceutical Products till 2024 is as follows:

The company on 27 May 2019, announced that it had appointed Grace Medical (a recognized global market leader in ENT space) as an exclusive distributor of Sinus Lavage in USA, Europe, Australia & other key markets.

The company expects its sales growth via compounding growth drivers which includes:

Pro Medicus Limited (ASX: PME) is from healthcare sector and a medical imaging IT provider which specializes in Enterprise Imaging and Radiology information system.

On 24 April 2019, the company notified that its wholly owned U.S. subsidiary, Visage Imaging, Inc had signed a contract with Duke Health for a period of seven years under which Visage 7 technology would be implemented across all the radiology departments of Duke Health.

Duke Health is one of the top twenty hospitals in the US and is the most respected health provider in North America. The above-mentioned implementation will be done in three hospitals and further locations across Duke Health, which includes 957-bed academic medical center. Also, Visage 7 technology helps in delivering fast and powerful enterprise imaging. 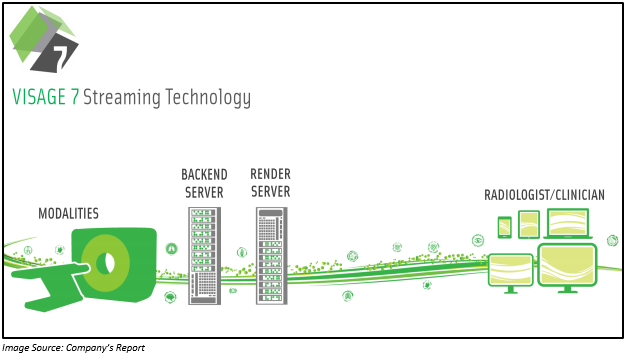