What is Shining in Industrial Space: 5 Micro- & Nano- Cap Stocks

When economy is going through a sluggish growth phase, and monetary policy measures are not efficiently delivering the expected outcome in a time bound manner, then, the need of fiscal policy measures is highly desirable, as it involves government spending including allocations for infrastructure development, tax cuts, etc. Now, with the increased infrastructure spending, the work of industrial sector companies becomes imperative to deliver the projects and accelerate the economic growth, supplemented by monetary policy.

Industrial sector is also known as secondary sector, which is a major contributor to any country's economy. Let’s look at 5 Micro - & Nano- Cap ASX-listed industrial stocks and their latest developments.

K-TIG Limited is a metal fabrication company, engaged in the development and production of welding technology solutions for the nuclear, aerospace, and defence industries.

Steel-Ti, a venture incorporated by Mr Teo, would cater to supplying high-value tanks and vessels to industries like aviation, oil & gas and shipping, and piping for the liquified natural gas industry across the flourishing Japanese and South East Asian markets. Steel-Ti would operate from a new under-construction purpose-built manufacturing facility, expected to be completed in January 2020. 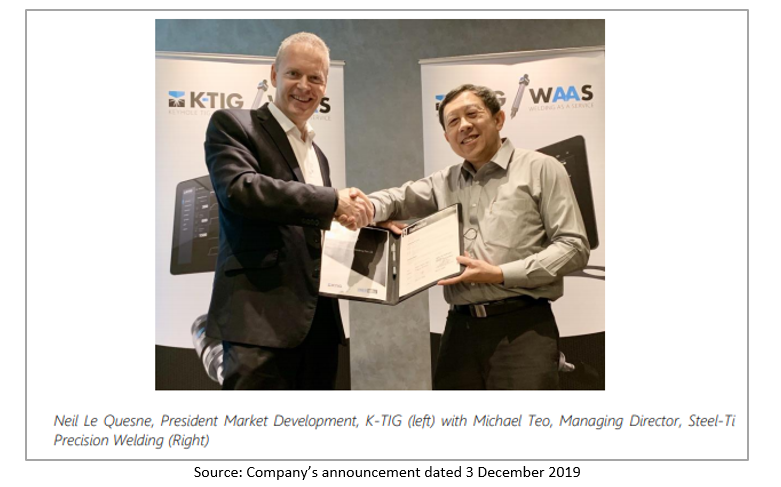 Under the terms of the licence agreement, the K-TIG technology would be recording and monitoring all usage and provide a transparent reporting & billing system for its licensing arrangements while the K-TIG licence fees would adjust automatically according to the actual production and utilisation of its technology. The technology’s cloud feature would enable the company to cater its customers through storage of their welding data, in addition to offering updates to software and firmware in the background. Moreover, this feature would aid in uploading new weld routines that the customers may need.

Kelly Partners Group Holdings Limited operates as a holding company, offering accounting and taxation services to private organisations in Australia and Hong Kong through its subsidiaries.

As at the quarter ended 30 September 2019, KPIO’s Special Opportunities Fund #1 had generated a return of 42% (inclusive of distributions and net of all fees) since commencement in June 2018. Strong returns have been driven by a combination of pre-IPO investments, direct equity investments and other income-bearing instruments.

These opportunities came up primarily due to the Group’s extensive SME client network plus selected market counterparties. Over the last quarter, the Fund has begun the process of returning capital to unitholders as investment gains are realised.

The company has developed a thermal energy storage system (TESS) to lower energy costs through an increase in renewable generation efficiency and stabilisation of grid supply with an ultimate objective to create a sustainable energy future, where everyone has access to energy at all times.

Aurora Project Acquisition: On 29 November 2019, 1414 Degrees announced that it has set out a proposal for the acquisition of SolarReserve Australia II Pty Ltd, which owns 2 solar sites in New South Wales and the Aurora Solar Energy Project near Port Augusta in South Australia. The project has been approved by SA Government where in a seventy megawatts solar photovoltaic farm would be developed with 150 MW of generation, via a concentrated solar thermal plant.

The company has further proposed utilisation of the site to conduct a pilot for its world-leading TESS-GRID technology, while the electricity firming services would be developed to a scale, similar to the previous project. Nonetheless, the company needs to seek approval from the shareholders and the government for new application of up to 400MW of solar PV and the TESS-GRID technology. 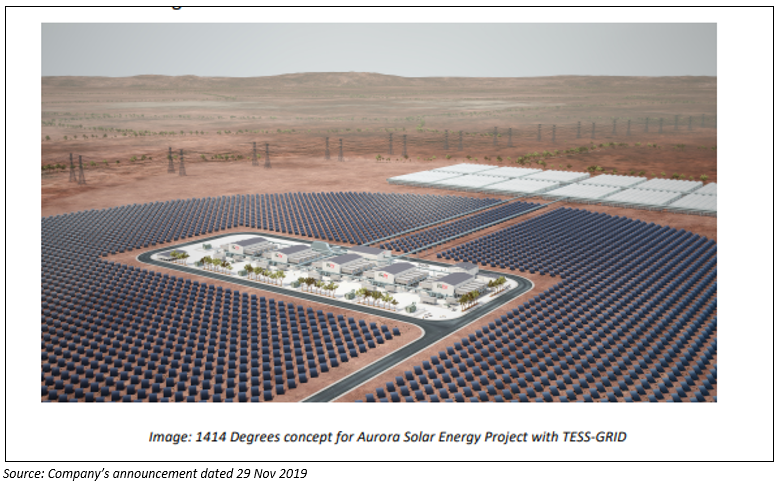 MaxiTRANS Industries Limited is engaged in design, manufacturing, renting and sale of transport equipment and spare parts including refrigerated, insulated and dry freight trailers and containers to customers in the road, shipping and rail transport industries of Australia and New Zealand.

FY19 Results: The highlights of MaxiTRANS Industries’ financial results for the year ended 30 June 2019 (FY19) are as follows-

Although, weak economic conditions across the country adversely impacted both the business segments of the company, yet, MaxiTRANS’ other businesses continued to perform fairly well delivering higher sales revenue and earnings. Trailer Solutions recorded lower sales amidst challenging market conditions, but improved manufacturing efficiencies were achieved in FY19.

FY19 was a period of negative operating cashflows and challenging general economic conditions for the company. Thus, the Board decided to not pay a final dividend.

Korvest Ltd is engaged in the manufacturing and distribution of hot dip galvanizing, painting, and powder coating and related products to the heating, air conditioning, and building industries. The company also produces aluminium castings, Ezy Strut cable and pipe support systems and fittings.

The improved results may be attributed to growth in both volume and margin as a number of the markets in which Korvest operates have been buoyant throughout the year. 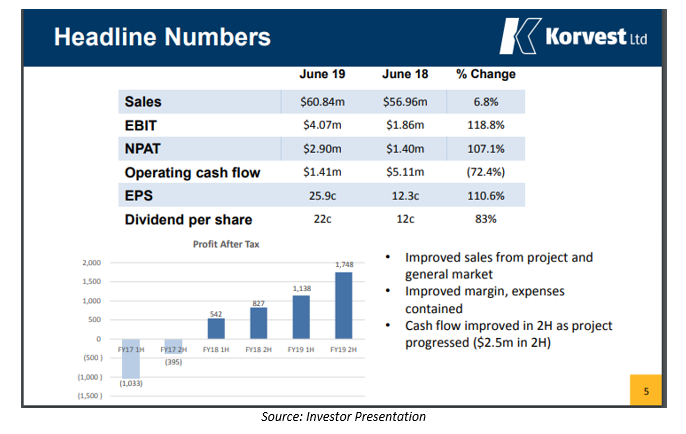 Going forward, the company believes that higher activity levels in the infrastructure sector are expected to remain strong, providing Korvest to capitalise on the opportunities including a number of major road and rail projects being constructed over the next few years.