The commencement of the new projects supported the high demand for gas in WA, which remained the highest natural gas consumer and producer across all Australian state. From 2017-18, WA consumed about 644 petajoules of gas, which represented ~41 per cent of Australia’s total gas consumption during the period.

The high demand for gas in WA is predominately due to the high mining activity associated with the region, Western Australia currently tops the production of gold, copper, etc., and due to large power generation through gas-powered stations. 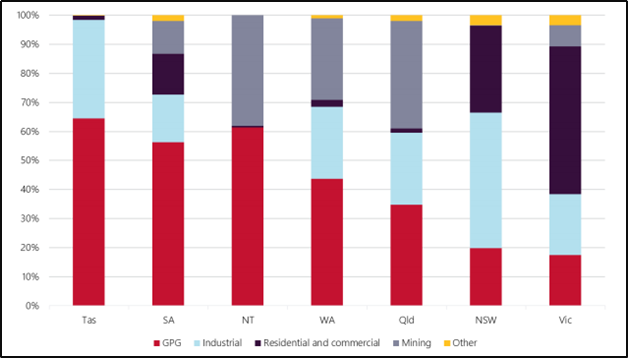 Whilst the demand for gas in WA is high, the year 2019 had witnessed a significant phase of development to support the domestic supply.

While Australian oil and gas exploration companies played their part, the WA government also announced plans, such as the development of a micro-scale LNG plant with a production capacity of 10 tonnes a day, as part of an LNG Futures Facility in Kwinana.

The retail distribution network accounted for 7 per cent of the overall consumption. However, the annual growth in customer numbers declined, or average usage per connection fell from the period of 2014 to 2019 amid increased efficiency of gas appliances, small household sizes, and penetration of alternative energy resources such as solar and wind.

The energy market operator forecasted demand for gas across WA for the period of 2020 to 2029 under three scenarios; low, base, and high, with the base case being the standard.

AEMO anticipates the gas demand to grow at an average of 1.2 per cent in the base scenario amid demand growth in the mining sector. However, AEMO suggested that under all scenarios following demand-related assumption have been made;

While the above-stated assumptions are expected to increase the demand for gas in Western Australia, the following are assumption which would reduce the gas demand by 2.5 terajoules per day in the period of 2020-2029.

The gas demand growth projections for all the three scenarios are as below:

Other estimates compiled by AEMO are as below:

While gas reserves and resources are declining across the production facilities, the lower gas prices amid fall in oil-linked contracts had kept the gas exploration under check across WA.

Till January 2019 to August 2019, only 26 wells were drilled, which remains significantly below the exploration in 2018, albeit, up from 2017 levels and the exploration has taken a deep hit since peaking in 2008. 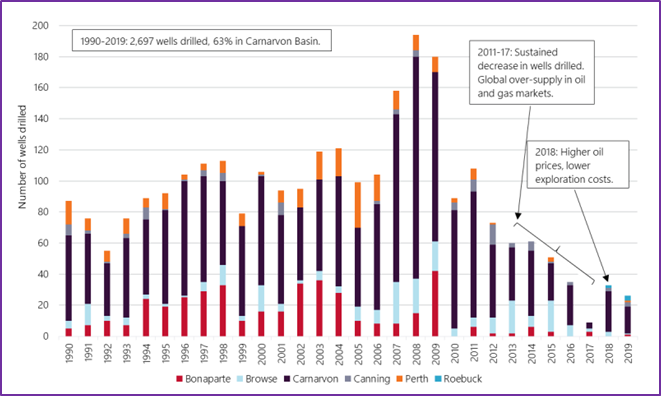 The development of potential reserves and resources would depend upon certain events, and the supply forecast from AEMO adopts following assumption;

However, even if the assumptions come true, the AEMO estimates the gas supply to remain below the nameplate capacity in all three scenarios.

To Know The Risk Associated With Gas Demand, Also Read: The Future of Energy Generation in Australia; Solar to Increase Three-Fold By 2024

CLICK HERE FOR YOUR FREE REPORT!
Tags:
Oil and Gas