Updates on the Three Stocks- MEZ, SHK and HCH

How important is energy, water and gas for an economy? The answer is simple- very important. The utility industry provides for the infrastructure that is required for the smooth functioning of public services like power lines, dams and sewage systems. In Australia, the utility sector is on the brink of transformation, acknowledging the technology space, environmental awareness, and evolving user expectations.

Employment in this sector grew through 2018, but according to the Australian Industry and Skills Committee, it is most likely to decrease by 2023. Is it the increasing demand for renewable energy or the pressure to adopt new policies and adhere to expectations that would drive this change? Time would depict. The below image is an industry snapshot of the employment level and its projection through 2000 and 2023:

Moving on to another sector, considered by market experts as the most fruitful of the Australian economy, metals and mining have continued to make its presence and mighty impact felt across decades. Australia is indeed a lucky and wholesome country for its metal and mining sector, acknowledging the abundance of raw minerals contained within the Aussie soil. The continuous stellar performance of the sector depicts that Australia has a window of opportunities in the coming years, driven mostly by technology. 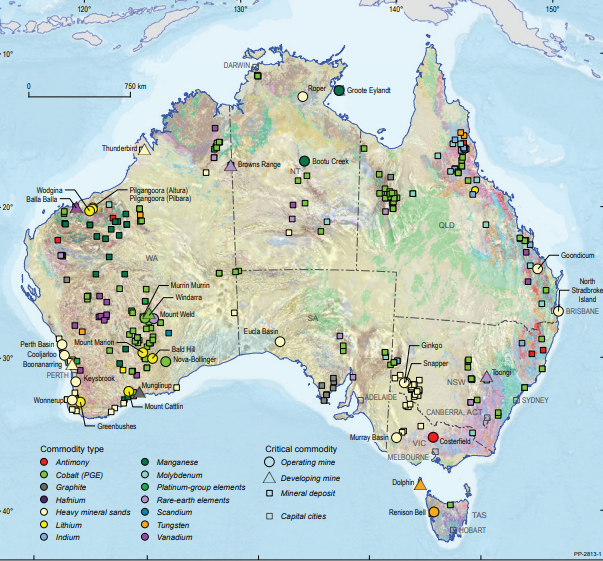 As per the Critical Minerals Strategy 2019, released by the Australian Government, Australia bears significant economic opportunities in the minerals space. The below facts support this view:

On the flip side, few experts believe that dependence on the export of raw materials is a risky affair for the Australian economy, especially ever since China’s inclusion in the realm in the early 2000’s. The erratic economic cycle needs to be wary of, though innovations would prove to be a lifesaver- growth in EV demand and renewable energy sources.

In the light of this context, let us look at three stocks pertaining to these lucrative Australian sectors, which are listed on the Australia Securities Exchange:

Company Profile: An electricity generation and electricity retailing utilities player, MEZ was listed on ASX in 2013 and has its registered office in Wellington. The company generates electricity via renewable energy sources only and caters to small, medium and large business with its services and specialists. The company is listed on both ASX and NZX. 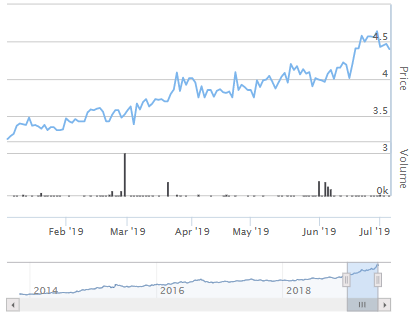 Corporate Credit Rating: On 5 July 2019, the company notified that ratings agency S&P had reaffirmed MEZ’s corporate credit rating as BBB+/Stable/A-2. This is inclusive of the present one-notch uplift from the MEZ’s stand-alone rating of ‘bbb’.

Launch of Kogan Energy: On 24 June 2019, MEZ announced that its subsidiary Powershop Australia had signed a multi-year agreement with Kogan.com Limited (ASX: KGN). As per the agreement, KGN would provide power and gas services to Australian households as Kogan Energy, which is likely to be launched by the end of 2019. The energy would be supplied by Powershop and KGN would address the sales and marketing.

Company Profile: Listed on ASX in 2003, SHK is a part of the materials group of industries and is engaged with gold exploration and production. The company has tenements covering approximately 295 square kilometres in Western Australia. SHK was previously known as A1 Minerals Limited. 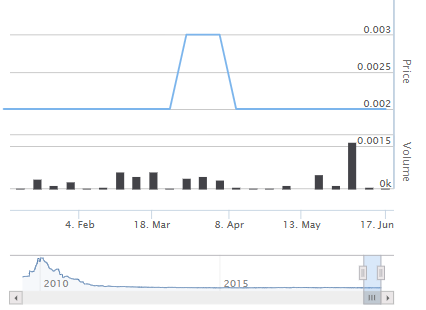 Cash Flow Report: On 5 July 2019, the company released its cashflow report for June 2019 and provided the below highlights:

Quarterly Activity Report: On 30 April 2019, the company released its activities report for the quarter ending 31 March 2019 and stated that it had signed a Deed of Settlement with the VCS Receivers to recover Tenement IP. It reported high-grade intersections from infill and extensional drilling of the Ben Hur deposit and is looking for opportunities in the Northern and Southern leases. SHK received $318,000 from the parent entity, Stone Resources Limited, as funding.

Company Profile: Regarded amongst one of the Australia’s top copper developers with an advanced Chilean coastal range portfolio, it was listed on ASX in 2010 and has its registered office in Applecross. Expanding its growth strategy, in February 2019, HCH acquired a 100% interest in Cortadera copper-gold project, which is near its Productora and El Fuego copper projects. Also, in May 2019, the drilling campaign at Cortadera commenced, which gave an outstanding outcome. 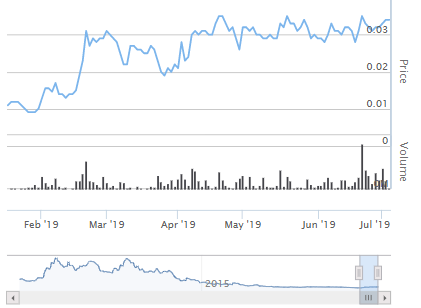 Drill Result at Cortadera: On 5 July 2019, the company pleasingly notified the market that it had further extended the best drilling intersection in HCH’s history at the Cortadera project. The first assay results increased the width from an 622m significant intersection to a better 750m. Over this, 0.6% copper and 0.2g/t gold grade had been consistently maintained.

The drilling team was consolidating past and fresh datasets at Cortadera project to plan a second phase of DD and RC drilling. Consultant AMC was preparing the preliminary estimate for the Mineral Resource for the project. 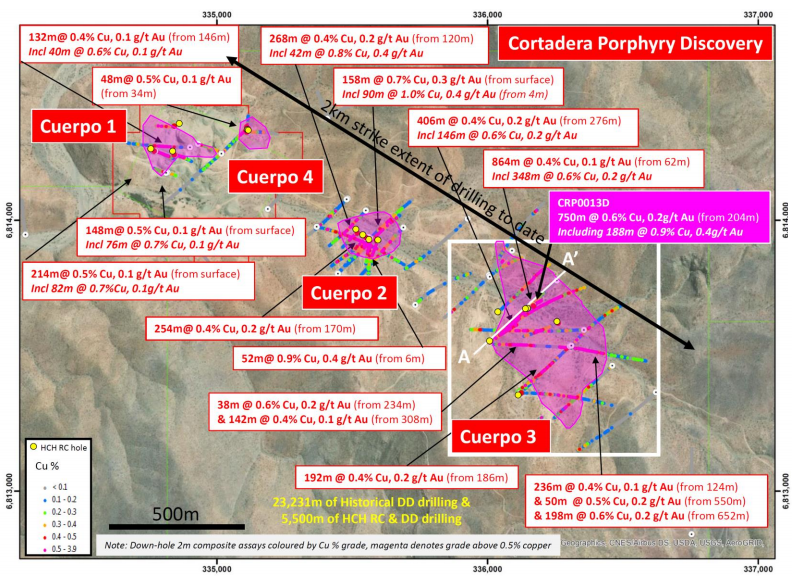 Placement of shares: On 5 July 2019, the company notified that it had arranged a $5 million private placement via issue of new shares at 3 cent per share, to be undertaken in two tranches. The first tranche would be of 150,000,000 shares (within 15% placement capacity) and the second one would be 16,666,667 new shares (applicable to shares subscribed by Blue Spec Drilling Pty Ltd).

Further, the company announced the change of interests of substantial holder- Taurus SM Holdings Pty Limited. After a change in the interests effective 2 July 2019, it now holds 103,808,367 person’s votes with a voting power of 13.2%.