Understanding Crude Oil Dynamics Through The Web Of Global Influencers

The crude oil prices are showing high volatility, which in turn, is causing heightened risk for the global stock markets, as crude oil is a mutable cost for many global sectors.

Crude oil captures a large tranche of the global energy sector, which typically accounts for 8 to 10 per cent of the GDP, which makes crude oil as an important raw material, and is price movement hampers the profitability of a company.

Crude Oil in the Energy Sector 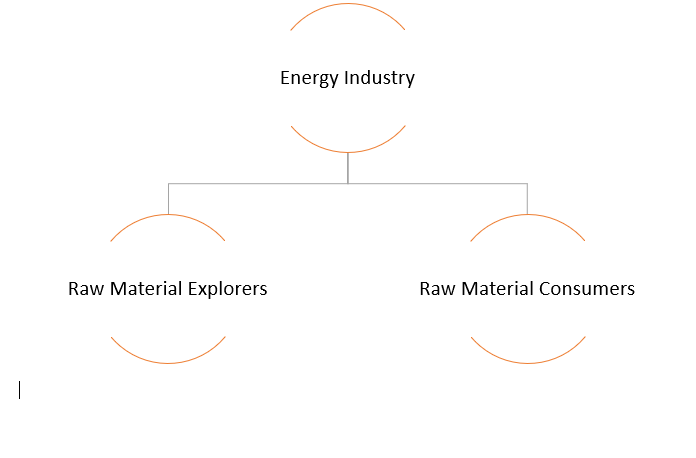 The raw material explorers in the energy sector are oil, coal, and gas explorers engaged in the development and production of commodities from the natural resources or undeveloped lands, holding mineral exposure.

The oil & gas explorers typically lease out the mineral rights of undeveloped land to produce commodities such as oil, gas, and coal for the consumption in the energy generation sector.

The raw material consumers are energy generation companies (energy retailers), which utilises commodities such as oil, gas, and coal to generate electricity for the end-users. The volatility in energy raw material prices impacts the share price of such companies.

A higher commodity price tends to exert negative pressure on the stock of energy retailers as commodities such as crude oil, coal, gas, etc., act as an input cost for these companies. Thus, the raw material consumers tend to have a negative correlation with commodity prices.

Crude Oil in Other Sectors

The fuel cost of the global airline industry is the second-largest operative cost after labour cost. As per the data from International Air Transport Association (or IATA), the global airline industry’s fuel bill is anticipated to have aggregated to US$180 billion in 2018, which in turn, marked about 23.5 per cent of the operating expenses at an average Brent oil price of US$72.0 a barrel.

The industry experts and market analysts anticipate the global fuel cost to stand at $206 billion in 2019, which in turn, will mark an increase of over 14 per cent from 2018 global airline fuel bill of US$180 billion. The fuel cost of US$206 billion would account for 25 per cent of operating expense at an average Brent oil price of US$70 a barrel.

Over the increased average crude oil price and increased operating cost, the International Air Transport Association anticipates the global airline industry’s net profit to stand at US$28 billion in 2019, down by 12.5 per cent from an estimated net profit of US$32 billion in 2018. 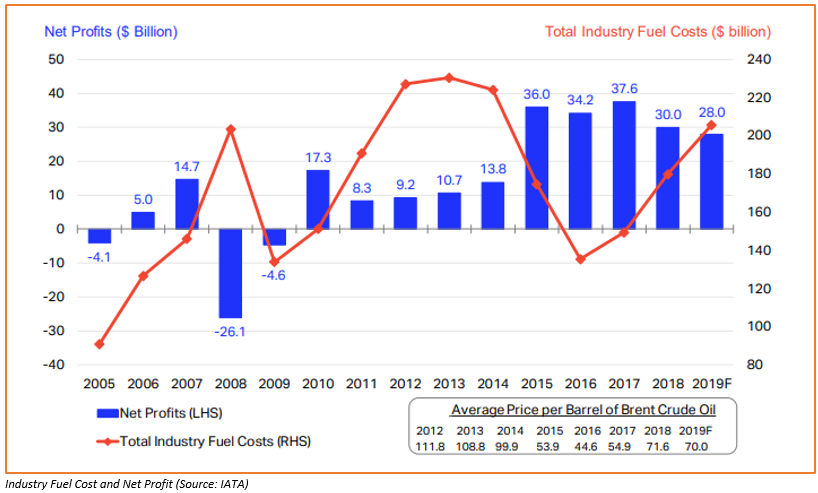 The automobile and tyre sectors are negatively related to the crude oil price, as a fall in crude oil price brings the transportation cost (per km) lower, which in turn, promotes higher sales of vehicle in the global market.

The higher vehicle sales support the share prices of automobile players and increase the sales of tyre manufacturers as well, thus, benefits both the segments. Likewise, a rise in crude oil price exhibit opposite actions and drag the automobile and tyre segments down.

Likewise, many other sectors such as FMCG, paints, etc., respond to the fluctuation in crude oil prices, thus, understanding variability in crude oil prices and associated factor is important for smart investing across any sector in an economy.

There are many factors, which decides the demand and supply dynamics of the oil market, thus, directly impacting the crude oil prices in the global market. Some of the major factors which influence the oil markets are as below:

OPEC controls about 40 per cent of the world’s crude oil as major players of OPEC are in the middle east- a region with a significant amount of oil reserve (approx. 48 per cent). Thus, OPEC decisions over the supply and production influence the crude oil market to a large extent.

To Know More, Do Read: OPEC And Russia To Curb Output And Crude Jumps Over Speculations; BPT Under Pressure

To Know More, Do Read: Crude Oil As An Economic Indicator and Its Trend Analysis

The United States contains the second largest oil reserve (North America region), which allows the United States to influence the crude oil prices in the global market through production and supply dynamics.

To Know More, Do Read: How Is The United States A Significant Contributor In The Recent Oil Spill?

Speculative buying and selling take place in the global market over the events such as OPEC production cut announcement, fire incidents, middle east tensions, etc., which can influence the crude oil market over the short-run. The speculation in oil future contact is popular among traders to generate some quick and large returns.

To Know More, Do Read: Is The Crude Oil Event Driven Bull Run Likely To Stay?

With stricter emission norms being implemented across the globe to fight against the ticking bomb- global warming, both new and incumbent auto manufacturers are actively pursuing other greener alternatives such as electric vehicles. The global sales of EV vehicles are accelerating at a rapid pace, and the demand for oil is likely to be negatively influenced by this trend.