Trump’s tariff roar knocks Green Out of Crude Oil; What’s Ahead for the Black Gold?

Crude oil prices tumbled amid trump’s tweet over the U.S-China trade relation. The prices of Brent Spot cracked from the level of US$64.62 to the level of US$60.12 on 1 August 2019, a drag down almost 7 per cent in a single trading session. Post the drop, the prices are revolving around US$61.

In his recent tweets, the United States President mentioned that the U.S. representatives returned from China, where they had constructive talks concerning the future of the trade deal between the United States and China. China turned down the deal and expressed a will to re-negotiate the deal terms prior to signing.

China previously agreed to buy a large amount of U.S. agriculture products; however, the nation failed to do so. The chances of the trade tiff escalation erupted as China decided to stop exporting Fentanyl- a medical drug to the United States.

The U.S-China trade relation, which previously estimated by the market participants to improve over time, witnessed a turnaround, which in turn, raised suspicion among the energy investors over the long-term global demand scenario. The crude oil market saw some sharp shorts built up recently, and the prices fell.

The United States has consistently reduced its commercial inventory post addition of over 6 million barrels in June 2019, and the recent decline marked the ninth straight week of reduction in the commercial oil inventory.

At the level of 436.5 million barrels, the commercial oil inventory in the United States reached the five years average level for this time of the year. 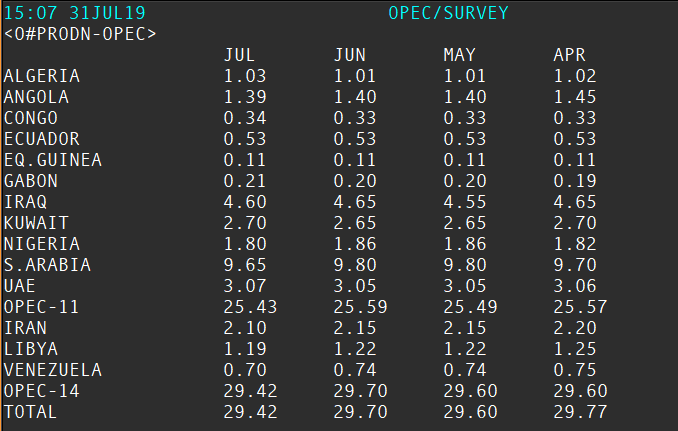 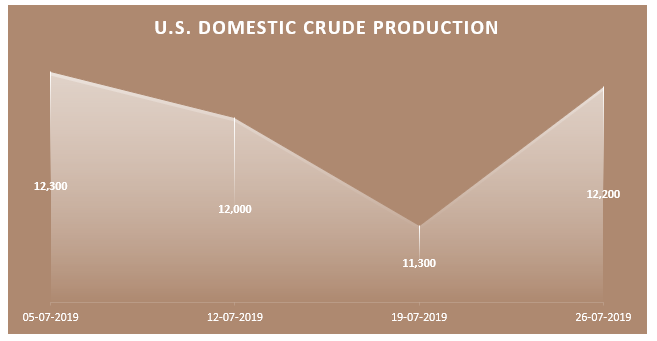 The United States domestic production has witnessed a sharp increase to stand at 12,200 thousand barrels/ day (or bpd) for the week ended 26 July 2019, which in turn, underpinned a rise of approx. 8 per cent as compared to the previous corresponding week production level of 11,300 thousand bpd. 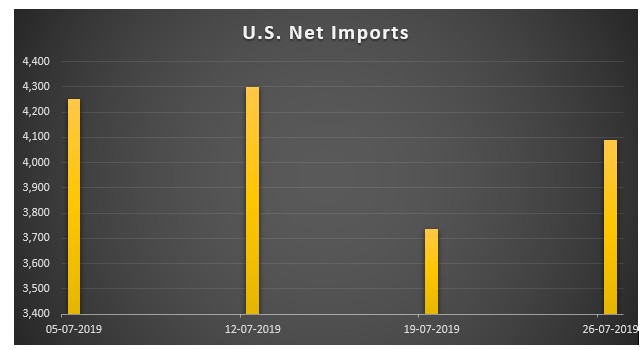 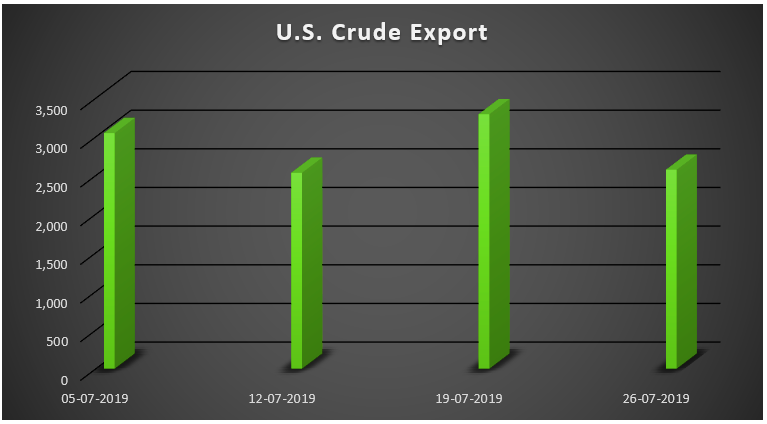 As per the data, the total exports from the United States stood at 2,574 thousand barrels a day for the week ended 26 July 2019, which was over 21.80 per cent down as compared to the previous corresponding week.

If that happens, the crude oil prices could experience a turnaround in the near-term; however, the overall global consumption scenario would decide the long-term trend for the oil prices. 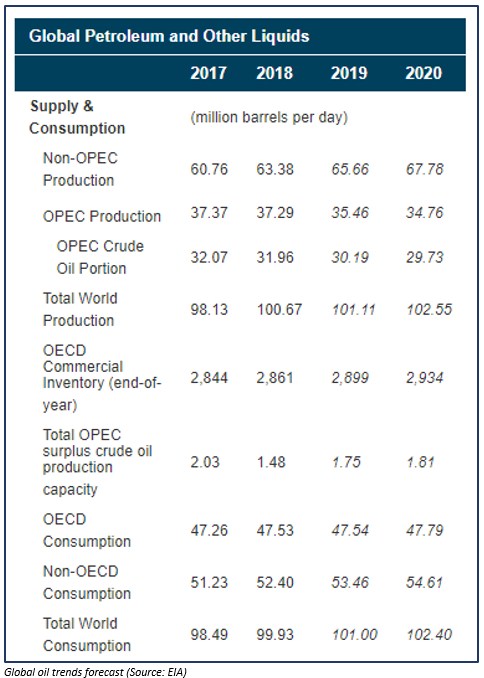 Over, the decline in crude oil prices, the oil companies on ASX have taken a hit. Oil Search- an Australian Securities Exchange-listed (ASX: OSH) oil explorer and producer felt the pressure from falling oil prices and the share of the company plunged on ASX on Friday 02 August 2019. During today’s session, the prices have shown slight recovery and are currently trading at A$7.150 (as on 5 August 2019 02:40 PM AEST)

The shares of the company are moving in a downtrend from the level of A$8.300 (Day’s high on 24 April 2019) over the fall in oil price scenario.

Likewise, many such players who track the oil price movement are plunging on ASX. Let us take a look over how the crude oil prices are dragging and pulling the oil players.

As we can see from the chart above, the oil explorer OSH is closely monitoring the long-term trend in oil prices.

The oil explorers rely on high commodity prices to generate a healthy balance sheet. When the crude oil prices fall in the market; it hampers the sales realisations of the company; thus, a discounted oil price, discounts the company’s share and in turn, drags the valuation down.

However, despite the above fact, the oil companies, at times show divergence from the oil prices amid fundamentals of the company. Some oil explorers thus secure sales or hedge their sales in the market to avoid volatility, which in turn, causes a near-term divergence between the oil explorer and oil prices.

Over the long-term as the income of the company decides the valuation, and revenue of oil producers and explorer is directly related to the oil price, the share prices of the oil explorers merge with the trend of the underlying commodity over the long-term.

ASX-listed oil explorer- Origin Energy Limited (ASX: ORG) recently produced one such example, where the higher commodity prices in the first quarter of the year 2019 gave the company a bumper payoff from its Australian Pacific LNG prospect.

One such short-term divergence is shown on the chart above through an orange elliptical shape.