As smartphone penetration continues globally, businesses associated with online mobile-based apps may witness a prolonged growth until the next outbreak in the industry. Online gaming industry tracks its roots back to mid-1990, when Free Trade and Processing Act was passed in the island nation of Antigua and Barbuda, which allowed gaming companies to obtain licenses for the operation of casinos over the internet. This year marked the inaugural tournament of ePremier League, which depicts the traction esports has been attracting; Premier League is a prime football league played in England.

The revenue streams of the industry include media rights, advertising, sponsorship and more, while the continuous technological advancements and new regulations would boost the market demand in the upcoming years, along with smartphone penetration would drive some growth as well in the industry.

Gamers in the industry are growing popular since they play exceptionally well, and these professional gamers stream their gameplay; it attracts a lot of people who want to learn the gameplay and ask questions to the gamers. Industry players have also started providing streaming features in their respective platforms, and these companies are also targeting the established businesses to collaborate the technology for their scale of operations and customer base.

Let us have a look at some Australian online gaming industry players as follows:

SportsHero Limited (ASX: SHO) is a developer of intelligent, engaging sports prediction platform, which is designed to provide an immersive experience coupled with monetary and other prizes.

On 18 June 2019, SHO announced the launch of new ‘white label’ mobile application developed for Football Association of Indonesia (PSSI), which is live on Apple App store, while Google Play version of the application would be live in coming days. It is reported that the application is the company’s first ‘white label’ bespoke branded platform. SportsHero believes that the launch of the PSSI Mobile Application is a noteworthy milestone for the company, which demonstrates the expansion and range of services developed on the community-based gamification platform. 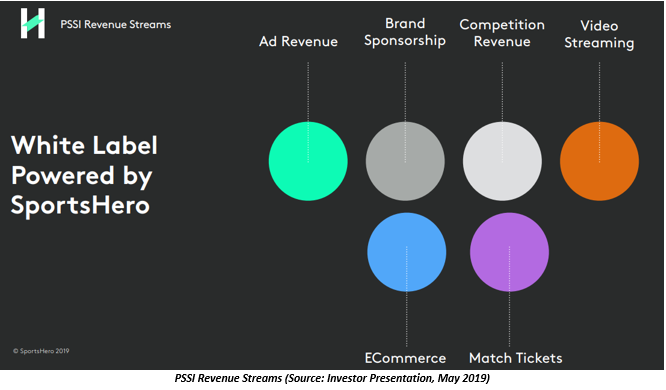 Earlier, on 25 March 2019, SHO reported the execution of an exclusive agreement with PSSI. In accordance with the release, PSSI is one of the world’s largest sports federations with an engaged fan base- 80 million fans, over four leagues and 128 teams. Importantly, the agreement enables SportsHero to be the exclusive provider and partner to build the agency’s first official platform along with social media, game highlights, live streaming, featured video and player access. Also, the football federation (PSSI) is wholly owned and controlled by the Government of Indonesia.

Reportedly, in order to pursue the objective of improving downloads to establish a user base, PSSI would increase its marketing spend and implement its strategic marketing campaign. Also, PSSI would promote the mobile application through various channels such as billboards, giant scoreboard screens at games, press conferences, television advertisements in merchandise store, ads on MAXstream and social media.

It is also reported that after the mobile app users have been onboarded in the initial phase, SportsHero would implement paid digital advertising as the initial stage of the monetisation strategy, as per the SHO’s Advertising Gross Revenue model (as announced by the company on 14 May 2019).

SportsHero believes that the agreement with PSSI has a potential to clock significant revenue, and following the launch of PSSI mobile app, SportsHero intends to capitalise on such opportunities through similar agreements with other leading football and sports leagues across Asia and globally.

Mogul is the company’s esports matchmaking platform with full automation for a range of prominent esports title; it aids the fans in a user-friendly way to compete and organise tournaments. It also enables the users to follow streamers and elite esports outcomes across the world. The platform is deeply integrated and provides fully automated tournaments for some of the world-renowned games like CS:GO, Dota 2, fortnite and League of legends. It also offers features to like Esports Elite wherein, the platform provides voting and streaming platform for esports enthusiasts; meanwhile, a mobile application for google play store is on the cards soon.

Importantly, the company possess 100% ownership of the Mogul.gg intellectual property and global revenue, and the platform also have a strategic partnership with gaming giants like Razor Inc.

In May 2019, Esports Mogul raised A$3.1 million through an oversubscribed placement of 310,000,000 fully paid ordinary shares to the class of sophisticated and institutional investors at A$1.0c per share.

Further, in May this year, the company announced the appointment of Mr Mark Warburton as Chief Marketing Officer of the company. It was reported that Mr Warburton has extensive experience of 20 years in the video game and esports industries coupled with a background in marketing, sales and business development for global corporations. 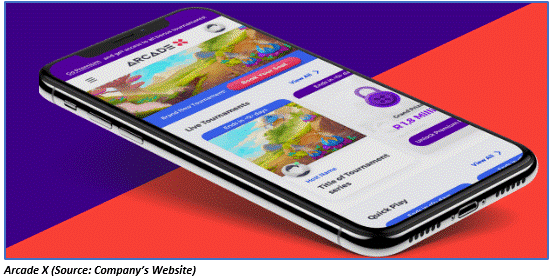 ArcadeX was incorporated in late 2016 to acquire several assets which provide online gaming portal solutions, enabling users to engage in skill-based tournaments and matches in eSports platform including peer-to-peer matches and tournament. It focuses on the skill-based tournaments wherein, the users compete to improve their rankings/status in the virtual gaming world. Furthermore, the platform provides a marketplace which allows users to participate in ‘pay-to-play’ competitions and tournaments. The platform enables users to play games from their mobiles, consoles or PCs, ArcadeX utilises unique IP, advanced analytics tracking and proprietary algorithms to deliver an optimum experience to the users engaged in tournament gaming; meanwhile, exposing advertisers to a fully engaged audience for advertising purposes.

Recently, Emerge Gaming reported that a gaming agreement had been signed with Viacom International Media Networks Africa (Pty) Ltd (VIMN Africa) to develop a competitive eSports platform based on its ArcadeX technology. It was also reported that the rollout of eSports product – NickX, would be maintained and operated by Emerge Gaming, and the NickX would be accessible on a free basis at the Nickelodeon website along with Android & iOS application stores.

It was reported that the agreement is in line with the strategy of the company to partner with leading regional & global brands. Emerge Gaming intends to monetise the platform for the mutual benefit of both parties, and monetisation would be through premium subscriptions, in-app subscriptions, brand take-up and advertising across the platform.

Late in May, Emerge Gaming reported that a MoU had been signed with the U.S. based Digital Circus Media LLC to pursue the launch of its products throughout North America, particularly GameCloud game streaming technology.