Australian Communications and Media Authority (ACMA) is a government entity which regulates the legislative and non-legislative policies of Australia, in communication space. On Australian Securities Exchange, entities under Communications services sector traded under S&P/ASX 200 Communication Services (Sector) Index as XTJ, delivering 26.28 percent of one-year annual return as on 28 January 2020.

There are 12 constituents in S&P/ASX 200 Communication Services Index (XTJ), Telstra Corporation Limited (ASX: TLS) being one of them. Telstra plays a crucial role in contributing to the country's telecommunications sector. During 2019, around 80 percent businesses mentioned about their intention to adopt 5G technology within the timespan of the next three years. Previously during October 2018, in the competitive auction held by ACMA for the spectrum of 125 MHz in 3.6 GHz band which is essential for 5G services, Telstra received the largest portion.

In 2020, the industry may also see a likely merger of TPG and Vodafone to take place the Australian telecommunications industry. Despite this competitive environment, Telstra is delivering a positive return of 10 percent with a good performance since the beginning of this year. 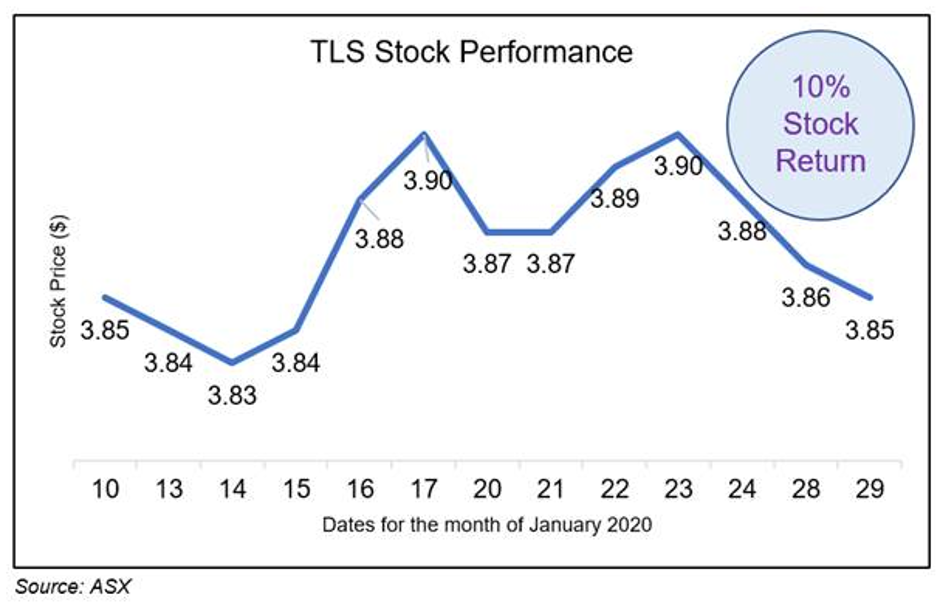 Let’s deep dive to understand the reasons pertaining to the price up in the year 2020.

Telstra Corporation Limited (ASX: TLS), is a telecommunications and technology entity. The Company was founded in 1901 and based in Australia. Outside Australia, the Company operates in 20 countries employing approximately 3,500 people. TLS caters its products & services to governments, businesses, individuals and communities.

Key financial highlights of the Company in its Annual report for FY 2019 for the period closed 30 June last year is as mentioned below:

In the year 2019, the Company made a long-term investment of $3 billion as per its strategic program. As an outcome of this strategy - firstly, the Company has produced 5G network that is much required in due course and secondly, the Company completely digitised their business.

TLS remarks itself for the achievements like wide coverage and customer friendly services (as mentioned above) over the year that has made the Company a much simpler, a very distinct, and more customer-centric organisation.

T22 Strategy for the future:

The Company's T22 strategy has been created to transform the future of the company and has commenced since 2019. The strategy aims to radically simplify and streamline the business and digitise its interactions with customers to the greatest extent possible.

T22 Strategy is designed with four essential elements for the development of the Company that are as follows:

Pillar 1: A radical simplification of product

The company had created multiples of legacy processes, products, systems for its customers. The focus now is to enhance the customer experience by working on customer pain points. Thereby, the Company has reengineered the architecture of its products and its related processes.

The Company has been investing in its technology platforms, the journey which was started in the year 2016 to develop 5G. Currently, TLS has 5G sites operating in 25 cities around Australia. Telstra has also developed provisioning, CRM, e-commerce and billing systems.

As an outcome of achievement made in product simplification and technology advancement, the Company has been migrating its customers towards it. 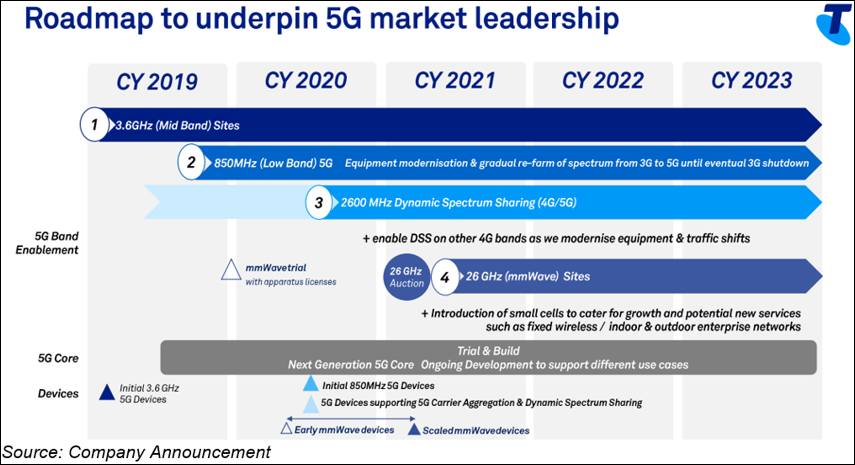 The third pillar to the Company’s strategy is creating the skills and capabilities that are much required for a successful future of the business. In the era of technology, Telstra has also dedicated one of its strategic pillars as technological advancements, and there is a requirement to develop the right skills and capabilities to be successful in the upcoming years. As a fact, the Company has been additionally employing 1,500 people in this domain.

Telstra InfraCo is a very crucial asset class for investment. It would also allow the company to commercialise the assets more efficiently to propel more value. Morever, it would create optionality for a world where NBN has been completely rolled out.