to major media sources, the Saudi Aramco reached the market capitalisation of $2 trillion on the second day of trading. Aramco had recently released its IPO amidst high uncertainties and subsequent delays.

Are you surprised with the jaw-dropping market cap figure of the recent IPO?

Well, there is a lot to unbox, but hold your jaws intact!

It was not long ago when conventional wisdom freshly crowned globalisation as the foundation for the transformation of the international business. With unbelievable growth in the business following the implementation of globalisation, we witnessed a total revamp in the way businesses are conducted.

Fast-forwarding to today, we see the fusion of technology into almost every business for expanding the reach of the business and bringing economies closer.

A crucial element for the growth of the technology-based businesses is that the governments across the world are openly accepting these advancements in businesses, although with lesser regulations to watch over them. Tech-enhanced processes have gained great hold in the government-owned sectors like defence for safeguarding the countryâs interests.

Off late, the impact of tech-based businesses on the domestic as well as international economies is so compelling for the governments to promote them and device platforms for ensuring their growth, thus strengthening the economy.

In addition to the above, the widening applications of technology have made technology factor a key driver while considering the business environment for survival and growth. From the customer end, we see the smoothly growing and rapidly increasing acceptance of these tech offerings due to value additions like increased convenience and enhanced quality.

Multinationals have come a long way with much streamlined operations and innovative offerings, including their ways of offering the products and services. The long-existing, strong market holders have taken the advantage of technology to grow and expand their business, but all the talk of the town centres around is the growth in technology propelling start-ups and their market caps hitting the stars.

However, this unprecedented growth in the tech-based companies reflected in their stock performance has raised eyebrows for some and has knitted for others, especially the regulating authorities and related businesses.

We shall now look at few ASX listed companies from various sectors that have changed the way of doing business in their respective sectors and place lens over their growth over the years.

The Company engages and has already built pre-eminent drone security solutions for securing the people, organisations and critical infrastructure from interference from drones, with the world-class expertise of its leaders in engineering and physics and exceptional experience in defence, intelligence, and aerospace.

DROâs drone detection products DroneSentinelTM (recently certified by UK Government) and RfPatrolTM have a unique recurrent revenue element wherein the DRO customers pay for the updates to the drone libraries of the products.

For example, the recently announced sale of RfPatrolTM to the Department of Defence, Australia includes such subscription revenues. Over the period, DroneShield anticipates to building a strong recurring revenue pattern with an increasing number of products requiring library updates sold. 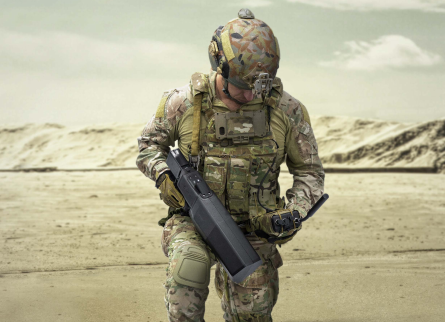 Notably, the company is appointed to provide counterdrone protection for the 30th SEA Games.

Technology has given a major boost to the financial services sector with cashless transactions, easy loans, app-based transfers and purchases, convenient and innovative payment solutions, and much more.

One such player in the financial services sector space that has gained attention from the investors due to its unique business model and robust growth performance is Afterpay Limited (ASX: APT).

Afterpay Touch was formed in June 2017 with an idea of offering Buy Now Pay Later (BNPL) services for the customers and businesses. The business has grown into multiple countries out of the domestic market and has a current market capitalisation of ~$7.5 billion.

The Company ignited some market disruptions in the financial sector with its record outstripping the existing revenues and expansion in very less time. Recent figures of Underlying Sales of $1.0 billion and 0.5 million net new customers for the month ended 30 November 2019 are the evidence to APTâs record sales performance in just a monthâs time amidst Black Friday and Cyber Monday trading.

Let us now delve into the Information Technology sector and look at Catapult Group International Limited (ASX: CAT) which engages in building and improving the performance of athletes and teams at all levels of sports.

Officially founded in Melbourne in 2006, Catapult was originally incorporated with a partnership between the Cooperative Research Centres (CRC) and the Australian Institute of Sport (AIS) and with the aim of maximising the performance of Australian athletes ahead of the Sydney Olympics.

Catapult initially designed wearable technologies to cater to key concerns in the sports sector. The Company has now evolved from a start-up to a global pioneer in sports technology that delivers solutions to help teams and athletes perform to their true potential, including athlete management, wearable tracking and video analysis etcetera.

Today we see CAT listed on ASX with a market capitalisation of $330.25 million with more than 340 staff across 30 locations, who work closely with over 2970 teams in 39 sports. The Companyâs unique offering formed through the convergence of the genuine relationship between an innovative sporting code and a local innovative company has helped the business to lead the global market and be the logical partner for leagues around the world.

Rolling the lens over the various technology-based companies; it is clear that technology has crucially driven the performance of the businesses and is also an open opportunity for many players. A comparative analysis of the above stocks puts an end to the debate of technology not being advantageous for the businesses in the current scenario.