Virgin Australia Holdings Limited (ASX:VAH) reported a loss for the last seven years and had a debt of AUD 5 billion, even before the onset of the pandemic. When the world economy and the aviation industry experienced their gravest crisis due to coronavirus, VAH, the Australia's second-biggest airline, hit bottom and entered voluntary administration during April 2020.

Ever since the team of Deloitte Restructuring Services is handling the administration of Virgin Australia, the administrators are looking for the perfect buyer for the troubled airline. And, it seems that the airline is closer to getting a new owner and come out of the voluntary administration soon.

The Deloitte administrators have shortlisted few parties to be invited to the next step of the process, and each of these parties are well-funded with strong aviation credentials.

Administrators are delighted by the shortlisted parties, as each of these parties have deep aviation experience and are well funded. The selected parties worked productively with the administration process and put forward sincere and suggestive bids. All the chosen parties have plans to secure the future of thousands of Virgin Australia employees.

Vaughan Strawbridge, lead partner for the administrators, also stated that the parties would enable the airline to seek the best available commercial solution while maximising outcome for creditors. The intent is to ensure that the carrier airline continues to operate as one of the two Australian airlines serving Aussies across cities and regions.

Virgin Australia received more interest from parties than anticipated. The sales process is crucial for not only so many passionate employees but for the future of Australia's second domestic airline, as VAH coming out of these troubles is in the national interest of Australia.

Mr Strawbridge added that the administrators understand the disappointment of the parties, which were not invited to continue for the next phase. Still, they should respect the decision as it is taken in the best interest of the people impacted. The administrators will now work with the chosen parties and enable binding offers by mid-June 2020. 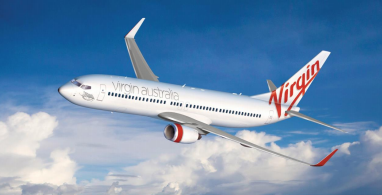 The shortlisted bidders are - BGH Capital, Cyrus Capital Partners, Indigo Partners, and Bain Capital, as per few market reports. The shortlisted parties are expected to meet the airline's stakeholders, including employees, management, bondholders, and unions.

The most surprising entrant in the shortlisted bidders is New York-based Cyrus Capital Partners, as the firm kept a low profile before submission of the initial bids.

By being shortlisted as the potential buyer, Cyrus Capital Partners made an entry into the Australian commercial scene. Before this, the investment firm only focused on Europe and North America. However, it had previously invested in

Virgin America in 2005 alongside Richard Branson, who is a British business magnate, investor, author, and philanthropist.

Cyrus Capital Partners has offices in London and New York, and it is a global investor engaged in parking funds in securities and loans issued by sovereigns and corporates. It was founded in 1999 and became independently owned in 2005 and now manages around US$4 billion.

Another shortlisted party is Australian and New Zealand-focused private equity firm, BGH Capital, which was founded in 2017. It is an independent firm headquartered in Melbourne, Australia. The firm works closely with entrepreneurs in Australia and NZ, helping them in building sustainable, robust, and market-leading businesses. As per the reports, BGH Capital was hesitant on some of the sale conditions imposed by Virgin Australia's administrators but finally inked the confidentiality agreement.

Now let's talk about Bain Capital, which owns Trans Maldivian Airways. The private investment firm's bid for the struggling airline has a connection with Future Fund, Australian's sovereign wealth. It is expected that Bain would invite more interested parties to the table, while working on its bid. The firm was founded in 1984 and is a global private multi-asset alternative investment firm.

Private equity firm, Indigo Partners is the owner of multiple low-cost airlines. What capturing the attention is that Indigo's ownership of two airlines- European low-cost carrier Wizz Air and American Frontier Airlines has received government aid while it is trying to buy another airline.

As binding offers for Virgin Australia are due in mid-June, the cash-strapped airline needs more fund to keep operating until the second meeting of creditors in August 2020.

Spending a week by the troubled airline is estimated at ~AUD 15 million and it is reported to left with only AUD 100 million in the bank. There are reports that Deloitte administrators are planning to request a loan from the Federal Government to fund the remaining sales process.

The Federal Government had earlier rebuffed the airline's request of AUD 1.4 billion in loans in April, and the airline was left with no choice but to enter voluntary administration. Now, it is not clear whether the government would provide any financial aid to the airline to have a smooth sales process.

Another option is to take a bank loan. Moreover, rumours are doing the market rounds that some of the bidders can offer emergency funding to the airline. The lead administrator, Mr Strawbridge had earlier stated that the focus is on restructuring and refinancing the business to give an attractive option to prospective buyers.

Even though the airline attracted well-funded, sophisticated bidders but right now the most significant challenge remains how the airline will keep operating throughout the sales process and till the creditors' meeting in late-August 2020.

Before the airline gets the new owner, there are multiple challenges for the airline as well as the administrators. The debt-laden carrier is going through tough struggles to survive and emerge from this crisis to remain one of the two domestic airlines in the country.

The bidding process and shortlisted bidders have given much hope to the airline. Any final decision is crucial for all stakeholders, including employees and creditors.