In the recent past, property related stocks have delivered decent dividend returns for the investors. However, from the earnings point of view, the scenario of property segment seems to be gloomy as the real estate in Australia is going through a challenging time. Overall, the real estate segment posted mixed results in H1FY19. Few companies delivered decent growth, while others in the same segment failed to grow from the earnings point of view. Thus, most of companies across the segment is opting for Qualified Institutional placement.

Let’s go through a few stocks from the real estate sector:

Abacus Property Group (ASX : ABP) is an asset management company, which deals with investment across office spaces, self - storages, residential, commercial and industrial real estate properties  The company derives its income from rental incomes. Also, ABP was listed on ASX in the year 1999.

Acquisition of 201 Elizabeth Street, Sydney NSW: On 9th August 2019, with a press release ABP announced its joint acquisition of the building - 201 Elizabeth Street. The other party related to the acquisition is Charter hall Group (ASX: CHC). Abacus will retain 32% of the stake worth $201.6 million. Total consideration for the acquisition stood at $630 million. The transaction fees would be paid in two tranches, and Abacus & Charter hall will have full control after paying the first tranche.

201 Elizabeth Street is a premium property situated in a prominent position with Elizabeth Street and park street located in each corner. The property has a front view of Hyde Park along with through site link to Museum Station and upcoming Pitt Street Metro Station. The building has an area of 38,934sqm NLA spread over 38 levels.  The building was constructed in 1979, and the above investment will deliver a market yield of 5% and c. $16,000 sq metres of net lettable area.

Outlook: The company on the outlook front, has stated that it would execute strategic objectives including of- enhancement of its investment in longer dated core plus and develop to core office assets, raising its investment in self-storage. The distribution guidance would range between 2 to 3 percent increase for FY 20 period. Also, the payout ratio for the FY 20 period is anticipated to grow to 85 to 95 percent.

Growthpoint Properties Australia (ASX : GOZ) is into management of quality investment property and focusses on its ownership as well. The company has a diversified portfolio of 57 office and several industrial properties which is valued at $3.8 billion. The properties of the company are located at Western Australia, Victoria, Queensland, New South Wales etc. 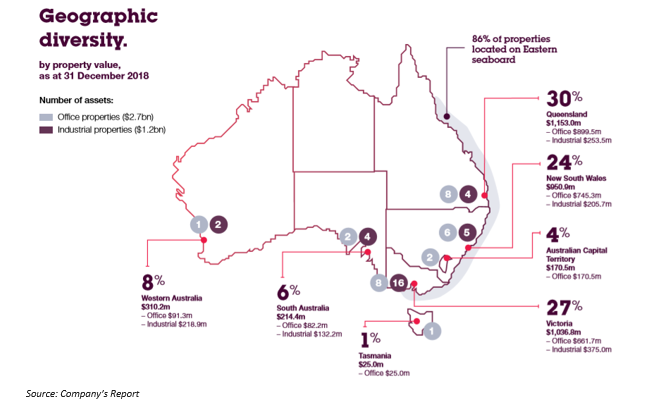 In a market update on 30th July 2019, GOZ has declared that it had issued 5,933,623 Stapled Securities at an issue price of A$3.97 per new stapled security. The securities were issued on 31st July 2019 under the security purchase plan as the subject of the Appendix 3B. Earlier, on 15th April 45,231 Stapled Securities were issued under a voluntary resignation deed between the entity and the entity’s former Chief Operating Office.

As per the SPP booklet released to ASX on 3 July 2019, GOZ was seeking to raise a capital infusion of approximately $15 million under the SPP. Meanwhile, the SPP got oversubscribed, with approximately $23.6 million and the management decided to increase the amount of capital raised under the SPP offer up to $23.6 million. Thus, the company had issued 5,933,623 million new stapled securities in Growthpoint (SPP Securities) on 31st July 2019.

The company, on 15th July this year, informed about the announcement of its upcoming results for the period ending 30 June 2019, on 22nd of August via teleconferencing and webcast. The company will post its numbers at 16:00 (AEST Melbourne time). 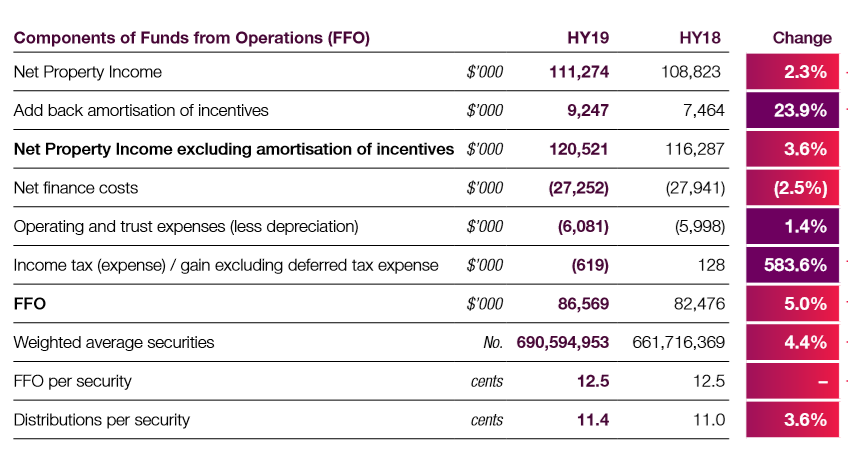 Stock Performance: On 19th August, GOZ has closed at A$4.4, up by 1.382% from its previous EOD’s price. GOZ has a market capitalisation of A$3.35 billion followed by a dividend yield of 5.3% annually. At the current market price, the stock is available at a p/E multiple of 8.770x. The total number of shares outstanding for the company is at ~771.51 million. In the last three and six months the stock has delivered positive return of 0.93% and 7.43%, respectively.

SPP Oversubscribed:  The company, with a press release on 26 July 2019 had announced the conclusion of its security purchase plan on 24th July 2019. Further on 31 July 2019, the company mentioned that it had received an application for ~$32.5 million for capital infusion, depicting an oversubscription amount of ~$2.5 million. The reason behind the placement was to support strategic growth opportunities across Australia and Europe. The company has an intention to utilise the proceeds, with recycled capital from asset sales to deliver $1 billion of accretive value-add development opportunities throughout CMW’s Australian Core+ and Active real estate portfolio. 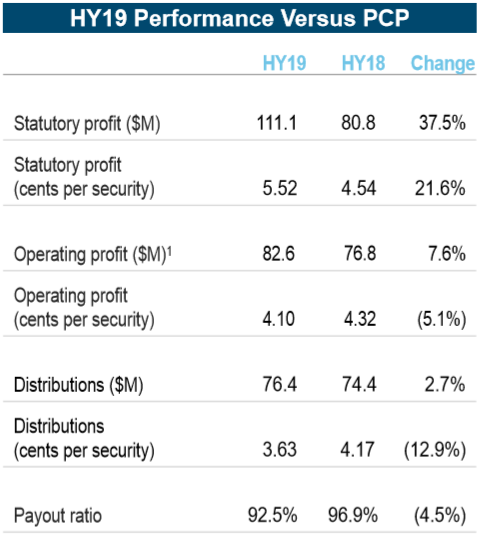 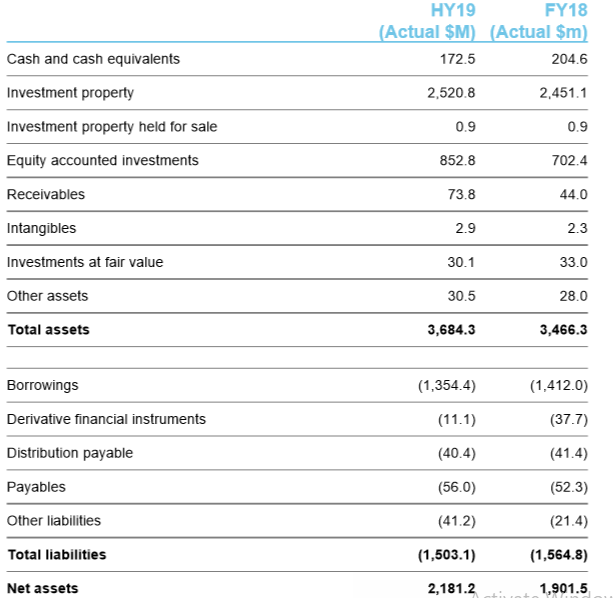