Saudi Aramco IPO - Will this most Profitable Business in the World Crack a Good Listing Deal?

World’s largest integrated oil and gas company and the world’s most profitable company, Saudi Aramco envisions to be the world’s pre-eminent integrated energy and chemicals company.

Lately, the investors have been keeping a close watch over the Saudi Aramco because of its much-hyped initial public offer (IPO). The company has made a lot of news due to its multiple attempts in floating the offer. The company had disclosed its intention to float the IPO more than two years ago if only the offer could float.

As per media sources, the multiple delays that occurred in the floating of IPO were seen due to Saudi Aramco’s complex organisational structure and public scrutiny over its funds and valuation.

The highly anticipated IPO has been a synonym to “one of the most-watched IPO”, “most delayed IPO”, “much-awaited IPO”, “the biggest IPO”, etc.

Recently, investors have witnessed failure as well as delays in IPO floating from some major companies worldwide. This adds to the uncertainty of the listing of Saudi Aramco’s IPO due to various reasons. These reasons can be read here.

As per major media sources, Saudi Aramco is expected to begin trading on the Tadawul (Saudi Stock Exchange) on 11 December 2019 and the final price for floating the IPO is anticipated to be announced on 4 December 2019.

Being the most profitable business of the world, Saudi Aramco has made numerous achievements over about nine decades and expects to capitalise over the prospects on the road ahead. A lot shall depend on the company fundamentals and its past performance for the success of the IPO.

Let’s look at the Saudi Aramco’s past performance.

Key financial highlights of Saudi Aramco are as follows:

Saudi Aramco’s core strategy seeks to strengthen its competitive positions across its upstream and downstream operations. The company’s strategic priorities comprise of: 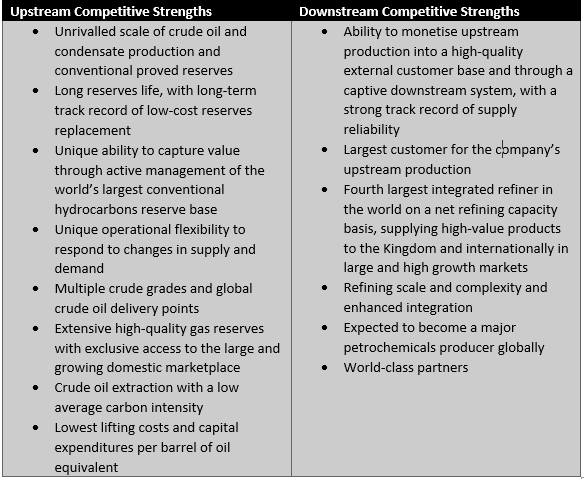 Yasir Othman Al-Rumayyan, Chairman of the Board of Directors of Saudi Aramco and Governor of the Public Investment Fund, said:

“Today marks a significant milestone in the history of the company and important progress towards delivering Saudi Vision 2030, the Kingdom’s blueprint for sustained economic diversification and growth”

“The company’s strategy is underpinned by long-term, exclusive access to the Kingdom’s unique hydrocarbon resources, which it manages in order to optimise production and maximise long-term value”

“At the same time, the company seeks to preserve the low carbon intensity of its crude oil production to demonstrate its ongoing commitment to sustainability”

“The company has a strong track record of creating value for its current shareholder, the Government”

“I look forward to welcoming new shareholders who, I am confident, will benefit from the company’s reliability and continued growth”

As per the company’s statement, Saudi Aramco declared an ordinary dividend of $13.4 billion with respect to the fiscal quarter ended 30 September 2019G, on 1 November 2019G.

Prior to the apportionment of the shares to the institutional subscribers and individual investors, Saudi Aramco plans to declare an interim (ordinary) dividend amounting to the extent of $9.5 billion. The dividend is subject to necessary approvals from the company Board.

However, in its capacity as the sole shareholder in the company, the dividends shall be paid to the Government. Moreover, the investors in the shares shall not be entitled to any portion of the dividends irrespective of when they are paid, which may be prior to, or after, the date of such allocation.

Saudi Aramco has endured through decades setting benchmarks and leading the industry. Some of the competitive strengths of Saudi Aramco are listed below:

“With a comprehensive and disciplined process for capital expenditures, we seek to maintain a prudent and flexible balance sheet”

Saudi Aramco focuses on being a committed contributor to the world’s energy security with a mission to provide its shareholders with long term value creation.