Santos Legacy of Growth and Productivity to Continue Post A Hiatus in FY2019?

Santos Limited (ASX: STO) is an ASX-listed energy pioneer and one of the substantial natural gas provider in the domestic market, which is currently experiencing a shortfall of natural gas amid booming LNG industry. The company owns and operates assets in Papua New Guinea, Western Australia and other regions in Australia.

To know more about the booming LNG industry, Do Read: Australia To Jostle Qatar for the LNG Crown; How Long Would the Reign Last?

In the status quo, Santos increased the 2025 production target by two-fold from the 2018’s output, and now the company would aim a production of 120 million barrels of oil equivalent by 2025.

The new target aimed by Santos is 20 per cent up against the 2018 production target of 100 million barrels of oil equivalent and also represents a cumulative annual growth rate in production of over 8 per cent to 2025.

Santos also slashed the upstream unit production cost for 2019 to $7.25 to $7.50 per barrel of oil equivalent from its previous guidance of $7.25 to $7.75 per barrel of oil equivalent, and also mentioned that the capital expenditure is anticipated to stand at $1 billion as compared to the previous guidance of $950 to $1,050 million.

The ConocoPhillips acquisition is expected by Santos to get complete in the first quarter of the year 2020, subject to a third-party consent and regulatory approvals, and upon the completion, the company anticipates a 25 per cent sell-down to SK E&S.

The interest of the company in Bayu-Undan and Darwin LNG would increase to 43.4 per cent to further add 6 to 7 million barrels of oil equivalent under the production chain. 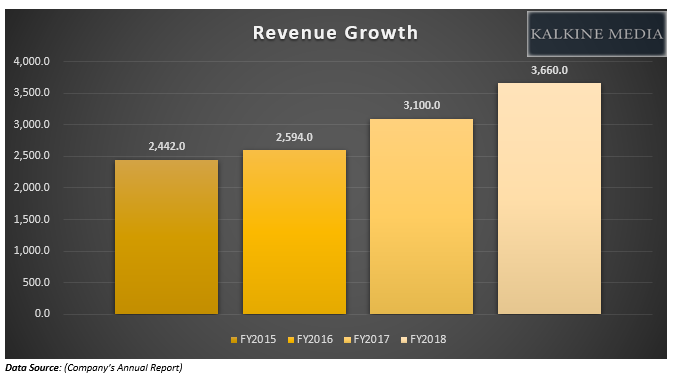 The Capex by Revenue percentage of the company is also witnessing a continuous decline from FY2015, which further suggests, that the greater part of the capex is contributing to revenue. 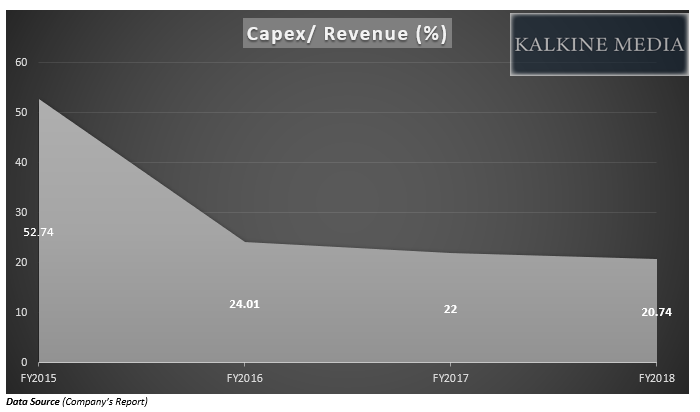 While the oil production of the company stood 100bps down in FY2018 against FY2017, Santos realised an average oil price of USD 75.1 in FY2018, which was almost 30 per cent higher as compared to the previous corresponding period. 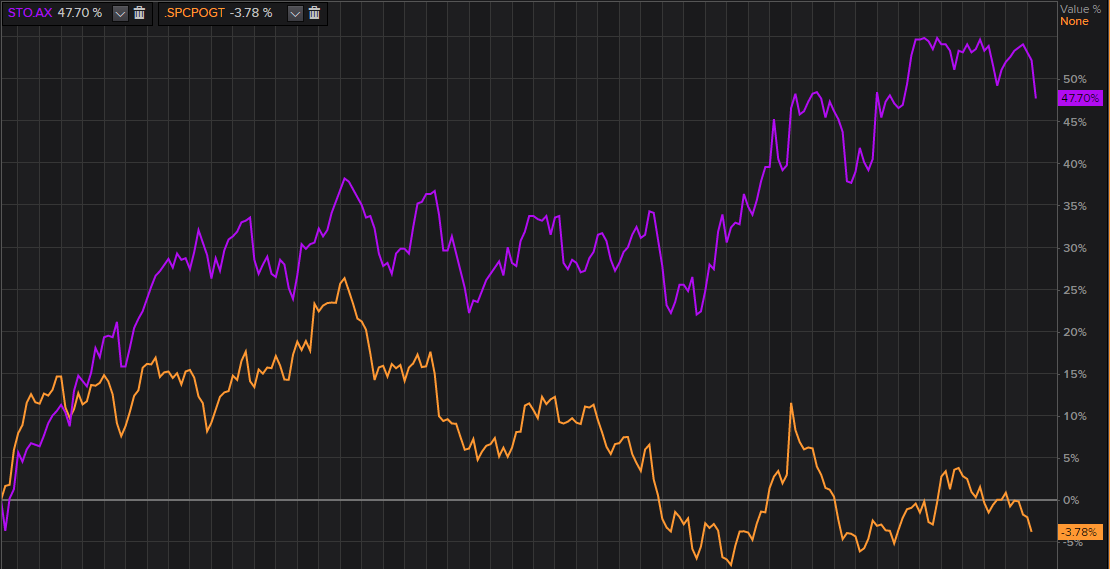 On the price-performance counter, the stock of the company is currently surpassing the price performance of the industrial (ASX all ordinaries index) and sectoral (S&P/ASX 200 Energy) indices over the medium- to long-term.

Another major factor going in favour of STO is the shortage of natural gas in the domestic market, and the company recently secured additional acreage from the local government to address the natural gas shortfall situation in Australia.

To know more about the additional acreage tendered to the company by the Queensland’s government, Read: Domestic Supply Constraints in Queensland Opens More Acreage in Surat Basin for Senex and Santos.