S&P 500 index is topping with time, while the market experts believe that the energy sector is going to contribute a substantial share in the market and expect 8.3 per cent upside in price over the next 12 months.

As per the industry experts, the energy sector is estimated to jump 19.9 per cent in the next 12 months, which in turn, underpins the most substantial price increase.

On the daily chart, we can observe that the index is moving in a continuous uptrend from late December 2018, and while on the surge the index topped out at the point marked a (1) on the chart shown above. Post topping the index retraced back slightly and rose again to a new record high.

The energy sector is growing at a rapid pace across many significant economies, while crude oil and natural gas (fossil fuels) capturing the considerable amount of energy shares. Many energy experts predict the high energy demand in the coming years amid improving global scenario.

The emerging economies are also expected to thrive in the coming quarters as per opinion of independent experts, which in turn, is also contributing towards the analyst’s estimation of higher energy needs in the global economy.

The increased stance of global economies to curb the environmental pollution is marking a diversion from the conventional energy sources such as coal and oil; however, the higher inputs cost and non-favourable ecological condition in many geographical areas, still presents a challenge for the renewable energy sector.

However, the development of the new technology and cost-effective methods for energy production could be a potential risk for the overall energy outlook over the long-run, and investors should keep a close eye over the development in the renewable energy industry.

The currently associated problems with the renewable energy sector are still promoting the fossil fuel energy generation, and as the economic conditions revive in the coming quarter, it should further fan the energy sector as well.

The market experts are currently highly bullish on the S&P 500, and out of all the current rating in the S&P sector, only approx. 6.1 per cent is favouring the sell side. What is contributing to such a bullish stance?

As crude oil still captures, a substantial share of the global energy generation. Let us now take a look over the crude oil scenario.

After Russia and OPEC consented to keep the production 1.2 per cent lower of the total global supply, the crude oil prices are moving up in the international market. Apart from that, the tension between the United States and Iran and the recent attack on Saudi’s oil tankers have also propelled the prices.

While the oil prices are moving higher, the energy stocks are catching the investors’ attention. One such stock on the Australian Stock Exchange, which is gaining the traction is Bass Oil Limited.

BAS is an Australian Securities Exchange-listed energy player and a petroleum producer, which operates in Tangai-Sukananti in Sumatra- a prolific south Basin in Indonesia. The company is currently planning to raise capital for the drilling activity at Tangai-Sukananti.

In an announcement made public by the company on 5th July 2019, BAS mentioned that the company arranged a $0.15 million private placement through an issue of new shares at a price of 0.2 cents (A$0.002).

BAS also issued new shares on a 1 for 2 basis at an issue price of A$0.002, which further represents a pro-rata non-renounceable entitlement (Right Issue), for a consideration of approx. 2.7 million. The right offers also contain the 1 for 2 free attaching option, which is again exercisable at 4 cents on or before 30th July 2021.

BAS intends to use the funds for the repayment of Cooper borrowings of $770,000 and to drill up to two low-risk Bunian development wells, which are planned for October 2019 and 2020.

The issue will start on 8th July 2019, and the new shares are of the same class as the right issue.

The company has announced a non-renounceable rights issue to raise a capital of ~$2.7 million. Eligible shareholders can apply for one new share for every two held. The new shares are to be issued at $0.002 per new shares. The Right issue will close on 25th July 2019, and it would be non-renounceable. The issue would not mark any underwriting. 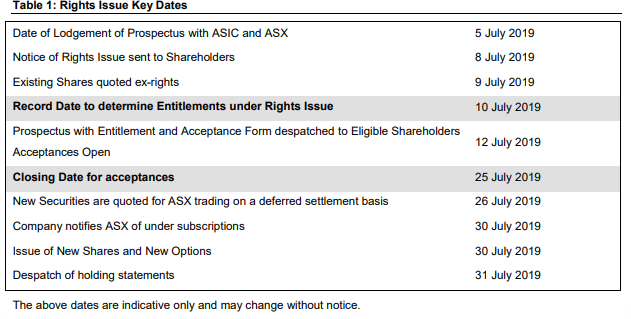 BAS achieved an average production of 717 barrels of oil per day in May 2019, as per the Joint Venture Share, which in turn, marked a rise of 5 per cent as compared to its previous month production.

However, the JV production remained lower than its 2018 October peak, which almost reached the level of 16k barrels of oil. 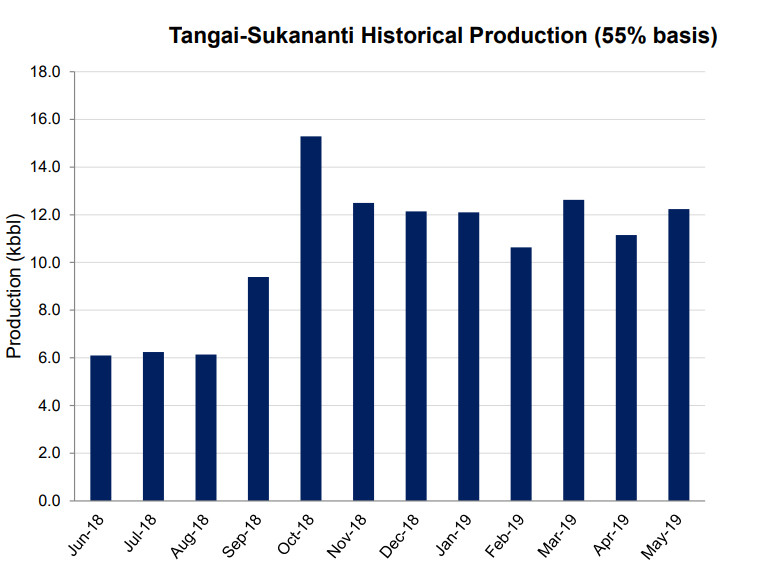 BAS is gaining traction as the company is seeking to drill more in the Tangai-Sukananti, which is the key asset of the company.

While the S&P 500 is set to gain a momentum and the energy sector is projected to contribute a significant per cent in the uprise, investors should track the activities of more such energy players.