In the financial market, investors deploy their hard-earned money in the stocks, with an objective of building a good portfolio. However, the risks cannot be ignored relative to the specific stock, sector and the entire market. These risks can be managed and minimised. One of the best ways to minimise the portfolio risk is to diversify the portfolio of stocks.

A portfolio can be diversified in many ways including market capitalisation, sectorial diversification etc. Diversification via sector selection is the preferred approach towards achieving the objective of risk mitigation by seasoned investors. Fundamentally strong companies with inherent macro risk profile are selected to construct the portfolio.

The risk is minimised since the macro news do not move the fundamentals of all the sectors equally, for example high iron ore prices will be beneficial for the iron ore sector but negatively impact the automobile sector, construction sectors and would have no impact on a pharma sector, or a FMCG sector.

It must be noted by the investors that the sector diversification works well during a normal market scenario with its ups and downs, however it would not be protecting the portfolio returns during a deep recessionary condition. Albeit, the diversified portfolio would still perform relatively better than a concentrated portfolio.

Therefore, sectorial diversification is an important method to construct a stable portfolio.

Let’s look at some of the strongest companies across various sectors.

Recently, the company announced a substantial shareholder’s change of interests, stating that Investors Mutual Limited had increased its shareholding from 112.05 million to 134.1 million. The acquisition took place in several transactions which started on 18th March 2019. Now, the updated voting power with the substantial shareholder is 8.47%, (increased from 7.08%) effective 17 May 2019.

In the investor presentation for the Goldman Sachs Emerging Companies conference in April 2019, the company announced A$530 million of revenue in FY18 and 1H19 revenue of A$274.4 million, generics products division generating the highest revenue of 64%. The company focused on pipeline development on expanding portfolio within the therapeutic platforms. It also acquired and carried out activities related to licence concentrating on the platforms for products like LEXETTE™ foam and generic EFUDEX® cream.

On 14th May 2019, the company released market update for the 10 months ended 30th April 2019 in which 15% revenue fall was noted due to high competition in the market.

Recently, the company provided trading and earnings update in which, it expected Operating EBITDA to be approximately between $350 – 360 million for the full year ending 30th June 2019.

The company also announced Challenger Limited and its entities as its initial substantial shareholder, effective 31 May 2019, with a total stake of 27,322,441 with 5.12% of voting rights.

In the FY19 half-yearly results, the company stated its equity interest in PEXA had increased to 44.2% in January 2019, providing a new growth avenue. The revenue stood at $714 million up 42% on pcp, and recurring revenue was noted at $570 million, up 38% on pcp. The transfer transaction volumes have been continuously improving, as the industry embraces PEXA’s effective service and technology offering. 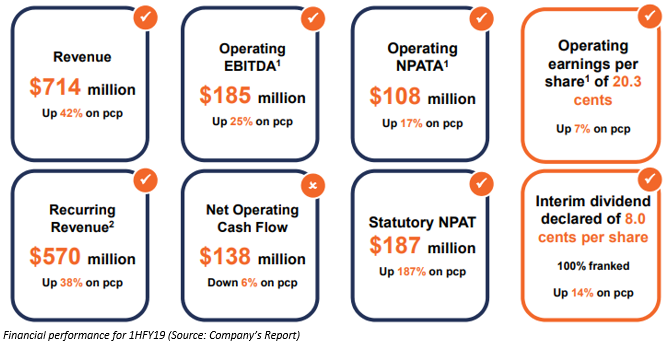 In the past five years, the shares of BAP have given an outstanding return of 214.68%. However, the YTD return of the stock was 0.51%.

Recently, the company had entered into a partnership with Greenfleet to plant local forests in Australia as well as capture more than 5.250k tonnes of greenhouse gas emissions.

With this new partnership, Greenfleet is aiming towards reducing the greenhouse gas emissions that are related to Bapcor’s company fleet, which shows the key focus of the company on corporate social responsibility as well as sustainability. 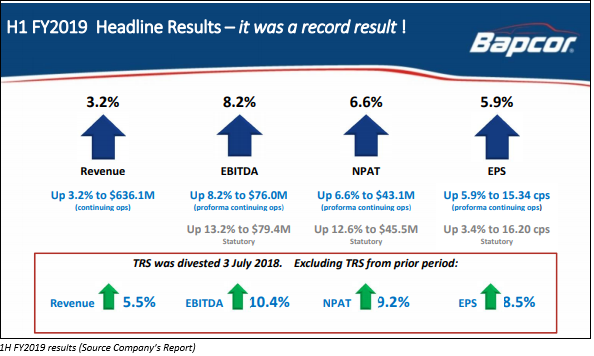 Qantas Airways Limited (ASX: QAN) is a company from the industrial sector and it provides international and domestic air transportation services. It is also engaged in the sale of worldwide and domestic holiday tours as well as associated support activities such as catering, information technology, ground handling and engineering as well as maintenance.

The company is serving the communities for nearly 100 years. It is constantly changing in order to make sure that it is well positioned for the future in order to create value for their shareholders, opportunities for its people and outstanding experiences for their clients.

In the Q3 FY2019, the company reported an increase in the revenue by 2.3% to $4.4 billion as compared to the previous corresponding period. Also, during the period, the company had reached the agreement for the sale of Melbourne Domestic Terminal. The company was able to settle the sale of the terminal as well as secure Terminal 1 access in future for $355 million. Around $276 million would be received in the form of cash in FY2019 period and the remaining amount would be accrued in future periods.

Some key development across the Group since 1 January 2019 include as follows: 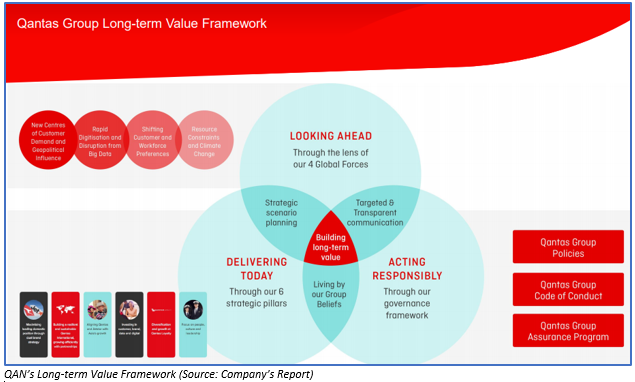