The companyâs FY19 results were as per the guidance. HSN during the period registered operating revenue of $231.3 million, up by 0.2% as compared to FY2018. The underlying EBITDA decreased by 6.9%, while underlying NPATA declined by 12.8% and adjusted EPS fell by 13.5%. The company declared a final dividend of 3 cents per share (partially franked), scheduled for payment on 26 September 2019. The net debt of the company by the end of FY2019 was $148.3 million.

The company expects its operating revenue to be in the range of $305 million to $310 million, while EBITDA is expected between $70 million and $76 million. The guidance is inclusive of a full year contribution from Sigma; however, it excludes the impact of IFRS 16 as it would take effect in FY20.

Iress Limited (ASX: IRE), a provider of IT solutions to financial market participants and wealth managers, released its 1H 2019 results for the half-year ended 30 June 2019, on 23 August 2019. Group revenue during the period increased by 5% to $241.8 million as compared to the prior corresponding period (pcp), backed by underlying performance in Australia, UK and South Africa. Moreover, the acquisition of international market data business QuantHouse fueled the group revenue. Overall revenue growth was in line with the companyâs expectations. 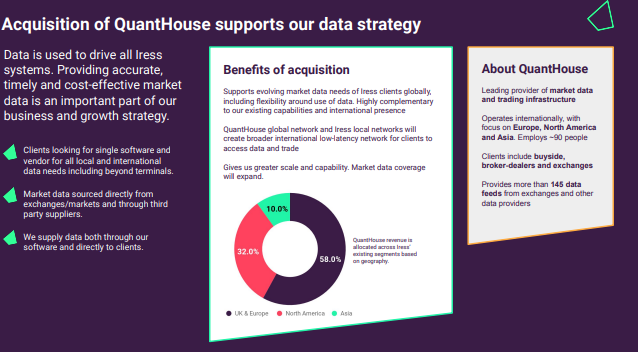 IRE reported a 10% growth in the group segment profit to $74.1 million. Its reported NPAT for the period stood at $30.4 million, a decline of 5% when compared with the same period a year ago. IRE declared an interim dividend of 16 cents per share, which is 10% franked. The companyâs fundamentals remained strong for the period with cash conversion of 100% in the half, recurring revenue, which is around 90% and a net debt balance of $193.3 million.

The company expects register 6% and 11% ($146 million-$153 million) growth in segment profit in 2019. Total non-operating costs are expected to be in the range of $4 million -$6 million for the year 2019, including QuantHouse transaction and integration costs.

On 23 August 2019, online and digital media player Adslot Ltd (ASX: ADJ) released its full-year results for the year ended 30 June 2019. Group revenue increased by 28% year-on-year to $10.272 million, while revenue from continuing operations went by 40% to $9.894 million, revenue from trading technology surged by 56% to $8.038 million, licence fee revenue grew by $6.668 million and trading fee revenue went by 104% to $1.370 million as compared to the previous corresponding period.

The stock of ADJ closed trading at A$0.027 on 26 August 2019, down by 6.897% as compared to its previous closing price. ADJ has a market capitalisation of A$46.05 million and approximately 1.59 billion outstanding shares.

On 23 August 2019, LiveTiles Limited (ASX: LVT), a global software company that allows its users to create their own intelligent workplace experience, announced its strategic partnership with GO1.com. Under the terms of the collaboration, LVT would combine its intelligent workplace technology with the online platform of GO1.com and provide targeted learning solutions based on the profile of an employee. Go1.com is the largest online compliance, professional development and training marketplace in the world. It provides online training and development services to more than 1.5 million learners from 1,000+ organisation. 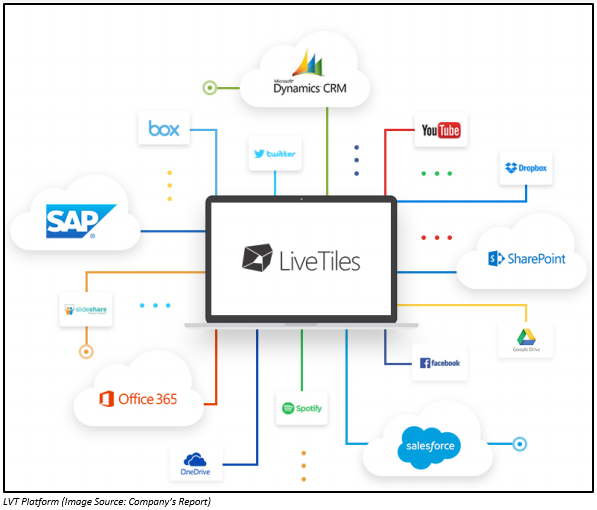 As per the agreement, LVT would be utilising its artificial intelligence capabilities of Intelligent Directory, powered by LiveTilesâ Hyperfish product. Through this, enterprises would be provided with a complete training and learning solution. It would provide a valuable resource to help employee onboarding, tracking as well as ensuring compliance with regulatory training needs and for ongoing training and development of the employee. Enterprises would be able to create their own courses as well as create innate, sophisticated reporting to stay on top of the growth of their team. They would also be able to select from a catalogue of more than 500k courses developed by experts around the world.

The strategic partnership with GO1.com would help the company in expanding its potential reach into the established customer base of GO1.com. Both the partners would be able to expand their existing customer footprints, look for further opportunities and quickly bring innovation to the market.

Codan Limited (ASX: CDA), an Australia based technology company, released its full-year results for the period ended 30 June 2019, on 26 August 2019. The company reported record sales of $271 million for the period. The statutory net profit after tax for the period was $45.7 million, on the back of a consistent level of gold detector sales into Africa. Moreover, the FY19 record profit can be attributed to strong growth in sales of recreational metal detectors and a successful transition into systems and solutions for the companyâs communications business. 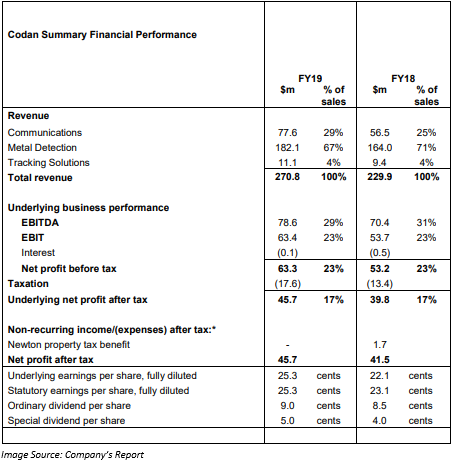 The company made heavy investments in new products and expanded into new markets to widen its sales and lessen earnings volatility.

Codan Limited during the period stepped towards the development of its second simultaneous multi-frequency coin, Multi-IQÂ® and treasure detector, VANQUISHâ ¢ which is expected to be released in 1H FY2020. A Minelab sales and distribution centre was established in Brazil in order to increase the companyâs market penetration into the key gold detecting regions of Latin America. Development of new SentryÂ® Military Manpack was completed during FY19, as a result, enabling the company in expanding its communications offering to the military market. The company also integrated high-precision tracking capability of Minetec into Caterpillarâs MinestarÂ® underground solution desgned for hard-rock mines