The Hemp Farm Act of 2018 signed by US, effectively de-scheduling hemp and cannabidiol (CBD) as schedule 1 narcotics and regulating the hemp industry on a federal basis.

Due to the support from Governments of different countries combined with the increasing popularity of cannabis product, many companies are entering into cannabis space. Letâs take a look at few Cannabis stocks already trading on ASX.

Recently, the company signed a long-term commercial agreement with Pharma Dynamics for distribution of the cannaQIXÂ® products range in South Africa. 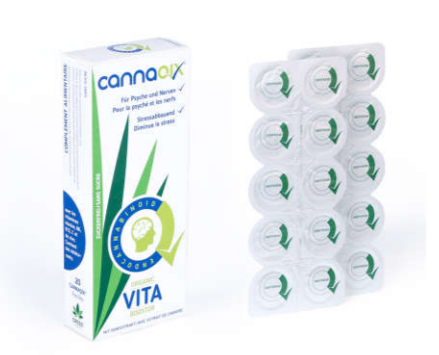 A global leader in the cannabis industry, Elixinol Global Limited (ASX: EXL) recently announced that its wholly-owned subsidiary, Elixinol LLC has entered into a manufacturing and supply agreement with Pet Releaf, in line with Elixinolâs growth strategy of increasing distribution of its branded products through partnerships with trusted and highly regarded brands.

Under this agreement, Pet Releaf is going to buy a minimum US$18.0 million worth of products from Elixinol LLC and it will pay a deposit of US$1.8 million by way of three equal payments during the term of the Agreement.

In the June quarter, the company earned a revenue of around $9.9 million.

Medlab Clinical Limited (ASX: MDC) is involved in creating new medicines which are derived from bacterial metabolites and bioavailable cannabinoids. These medicines helps in managing pain associated with cancer, HIV/AIDS and any other chronic disease.

In August 2019, the company completed the NanaBidialTM Phase 1 trial. Medlab Clinical Limited is one of few companies who possess proof via clinical studies that the Medlab patented pharmaceutical grade cannabis formulations are actually absorbed and can prove how the product is utilised, metabolised and eliminated from the body over time.

Significant achievements in the past few months include:

Provider of hemp products in the United States and Australia, Ecofibre Limited (ASX: EOF) earned a revenue of $35.6 million in FY19, up 519% on FY18. 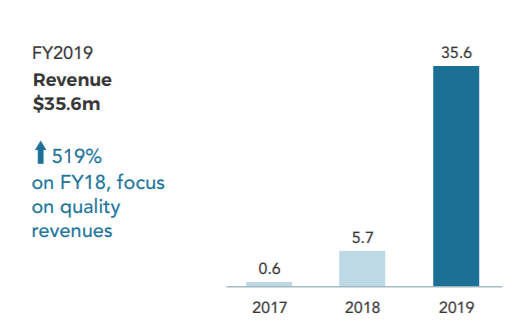 For FY19, the company reported a NPAT of $6 million, up 170% on last year. FY19 profits was an outcome of significant, ongoing investment over the last three years to commercialise Ecofibre's capabilities. Currently, the companyâs largest and most profitable business is Ananda Health.

As per the companyâs Chairman Barry Lambert, the rules around âMedicinal Cannabisâ in Australia are such that the company donât believe that it could build a viable business in Australia. According to him this is because of the uncommercial rules around growing and processing the plant along with the lack of demand caused by the regulations which make it unaffordable to almost all Australians.

Althea Group Holdings Limited (ASX: AGH) is primarily involved in the sales and distribution of medicinal cannabis products along with the development of a manufacturing and cultivation facility.

In the months of July 2019, the company welcomed 334 new patients, representing the largest number of new patients to be prescribed Althea products in a single month to date (refer below figure).

The company recently entered into an agreement with Tetra Health Pty Ltd (âTetraâ), a Sydney based medicinal-cannabis company, to support continued growth through its secondary clinic channels.

The companyâs short-term goals include reaching the 5,000 patient milestone, adding new products to Altheaâs portfolio, and completing the construction of the proposed production facility.

With these approvals, Cann Group now holds all cultivation and manufacture licenses required under the Narcotics Drugs Act.

Significant achievements during the half year period include:

Leading cannabinoids-based pharmaceutical company AusCann Group Holdings Limited (ASX:AC8) is strongly progressing with the development of its hard-shell cannabinoid medicines which address the need for stability and precise dosing in the treatment of patients with cannabinoid-based medicines.

European based âSeed to Pharmacyâ bio-pharma company, MGC Pharmaceuticals Ltd (ASX: MXC) recently secured commitments to raise $4.75 million via a share placement to sophisticated and professional investors at an issue price of $0.04 per share. The funds raised from this placement will be used for:

The company recently achieved 100 patients milestone in Australia. Recently, it has also signed a long-term lease with Malta Industrial Parks to construct a large-scale Pharma Production Facility, making it the first cannabis industry companies to sign a long-term lease agreement with the government.