Companies engaged in metals and mineral extraction, processing in addition to their trading come under the metals and mining sector. Australia is an energy resource-rich country. Domestic as well as international demand for the energy resources in the country is continuing to grow.

In this article, we would look at three ASX-listed stocks from the metals & mining sector and cover their recent updates.

Tasman Resources Ltd is a Perth based Australian exploration company, with major focus on the South Australia region. The company works on exploration projects, holding potential for gold, copper, zinc, lead, and other base and precious metals.

As per the announcement by Eden Innovations, it has obtained approval for the use of EdenCreteÂ® and EdenCreteÂ®Pz in concrete. The approval was given by the South Carolina Department of Transportation (SCDOT), which also added these products to its Qualified Product List for âType Sâ concrete admixtures.

EdenCreteÂ® has received approval for use in 12 states in the US. Earlier, the product was in use in 11 US states. The SCDOT approval for EDENCRETEÂ®Pz represents the first approval for the product from a department of transportation in the United States.

Eden completely owns EdenCreteÂ®, which is a carbon-strengthened concrete additive. The additive is used to improve a broad range of concrete performance features such as compressive strength, abrasion resistance, and flexural and tensile strength. The primary target market of EdenCreteÂ® includes road, bridge as well as other infrastructure construction and maintenance. 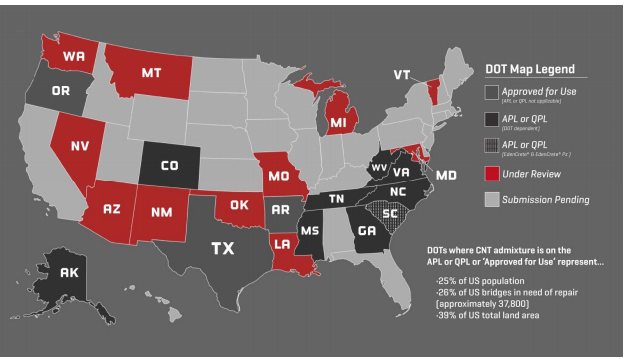 On 11 July 2019, the market was updated regarding EdenCreteÂ® and EdenCreteÂ®Pz, the products of Eden, securing certifications in compliance with the relevant standards of the American Association of State Highway and Transportation Officials (AASHTO) as well as Table 1 of ASTM C494 for a Type S. The certification comes after the completion of a one-year trial by a National Transportation Product Evaluation Program (NTPEP)-appointed independent lab.

The approval has opened the way for Eden to file applications with DOTs in the United States, where the products are not yet approved.

Focusing on high-value mines in Angola and Lesotho, Lucapa Diamond Company Limited (ASX: LOM) is engaged in diamond production activities. The company aims to become a major producer of diamonds (premium and high-quality) from Lulo alluvial and Mothae kimberlite sources in the world.

LOM, along with the Government of the Kingdom of Lesotho, unveiled the recovery of an extraordinary 64 carat diamond from the Mothae Kimberlite mine in Lesotho. The company holds a 70% stake in the mine, while the government owns the remaining 30%.

According to Stephen Wetherall, the Managing Director of LOM, the Type IIa D-colour gem is the best single diamond ever found from the Mothae mine. He also stated that the recovery of the 64-carat diamond unveils a strong beginning for the company in relation to its mining campaign in the southern pit at Mothae, covering the higher margin zones. The company would continue with the mining work in the southern pit throughout the year 2019. 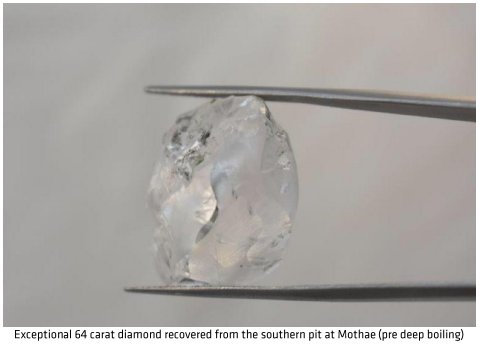 On 6 August 2019, PolarX Limited announced the identification of large anomalies, in line with the targeted copper?gold porphyry mineralisation, based on initial data from an Induced Polarisation (IP) survey, undertaken over the Saturn target, which lies within the companyâs Alaska Range Project. 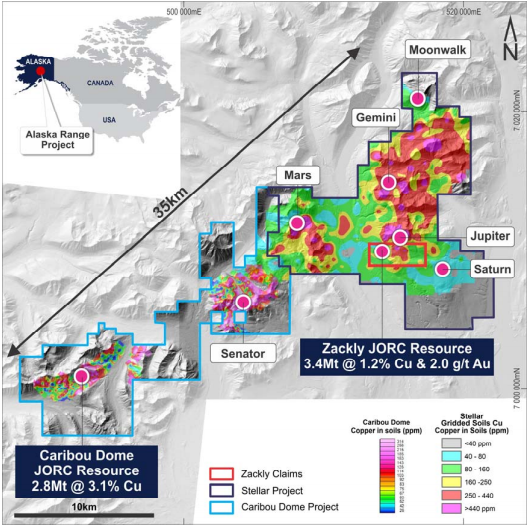 The company has reached an agreement with Lundin Mining Corporation for an initial diamond drilling program, covering 8 to 10 holes at Saturn to a total depth of ~5,000 meters. The first two holes are now in progress. PXX would fund the drilling program through the proceeds generated from the recent share placement to Lundin Mining worth $ 4.3 million. Also, Lundin Mining is the biggest shareholder of the company with a 12.85% stake and holds exclusive rights to start an earn-in option for a 51% interest in PolarXâs Stellar Project by spending US$ 24 million in stages and payment of US$ 20 million to the company in stages.

As part of the IP survey, which was started in July 2019, data has been collected along the first three EW profiles. Additionally, zones of anomalous chargeability have been recognised in these three segments. In each of the scenario, the highest chargeability occurred on the exterior flanks of the magnetic highs, encompassing a zone of elevated chargeability linked with the magnetic highs, which are in consistent with the classic porphyry copper exploration model.

Also, through the IP survey, the data obtained shows the presence of decreased resistivity above the chargeability highs, which might be an indication of the existence of clay?minerals associated with argillic alteration or weathering. Two drilling rigs are on site. Drill holes, 19SAT001 and 19SAT002, are due to be drilled down to at least 600 metres deep for testing the IP chargeability response as well as magnetic bodies. It is expected that each hole will take around two weeks for drilling. 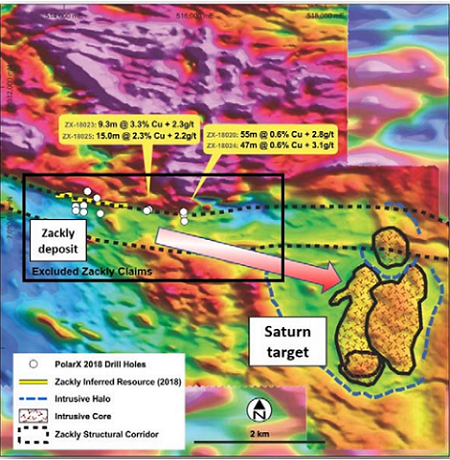 PXX identified the Saturn copper?gold porphyry target, hosted by the Stellar Project, via an assessment of regional aeromagnetic data in early 2018. Moreover, the copper?gold porphyry target was confirmed by a higher?resolution survey in October 2018. Saturn lies ~ 3 kms towards the east of high?grade Zackly skarn deposit. Its magnetic body stretches 2km x 1km in areal extent and is covered by approximately 10 to 15 metres of post?mineral gravels.

In the previous six months, the shares of PolarX Limited have provided a decent return of 58.04%. The opening price of the shares of PXX was $ 0.110 on 7 August 2019, slightly lower than its previous closing price. The stock closed the dayâs trading at $ 0.115. PolarX Limited has a market cap of $ 47.83 million and approximately 415.92 million outstanding shares.