The application of technology is seen in day to day activities, as well as in almost all the sectors. To be competitive, boost efficiency, accelerate their services and lower costs, a business needs to stay up to date with new emerging technologies. In this article, we would be discussing three stocks catering to the technology sector.

Mobilicom Limited (ASX: MOB) is a hi-tech company, listed on the ASX in 2017. Being part of the information technology sector, the company is engaged in designing, developing as well as delivering communication solutions for mission-critical and remote mobile private networks without any requirement for infrastructure.

On 6 August 2019, Mobilicom Limited announced that it had received and delivered on an order from a customer for its MCU communication units. The order worth more than $ 250,000 is from Bird AeroSystems, a provider of solutions related to airborne surveillance. The order is a repeat from the company, which was founded in the year 2001.

Bird AeroSystems is a provider of airborne solutions to some of the largest commercial, government, military, and transnational organisations in the world. Some of the clients of Bird are the government of United States, UN Air Operations and NATO forces.

MCU communication units of the company would be used by Bird for its Airborne Surveillance, Information and Observation (ASIO) Special Mission System, which includes airborne surveillance, intelligence and observation solutions. The ASIO system is used for managing critical missions like maritime and ground surveillance, patrol and monitoring.

In the investor presentation released by the company on 5 August 2019, MOB highlighted on:

The revenue of the company as of 2019 is being driven by its Mobilicom business entity across targeted government and enterprise applications. 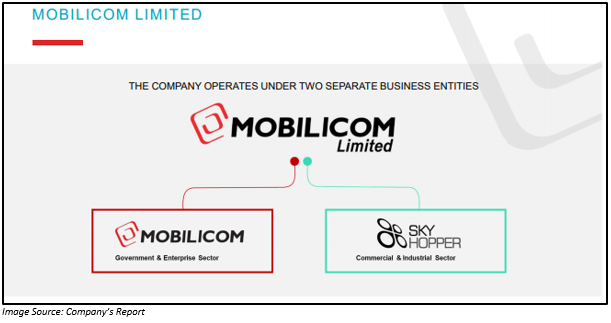 Important achievements of the company in Q2 include the selection of SkyHopper solution by global aerospace leader Airbus. The second achievement of the company during the period was its strategic partnership with 2nd largest drone manufacturer Yuneec International. The third achievement during the period was approval from the Israel Ministry of Defence & the Israel Innovation Authority for the 2.5-year R&D project, focused on cybersecurity development with the use of Artificial Intelligence for drones and robotics platforms. Some of the other achievements include an innovative drone upgrade solution and a purchase order from NTT. The company also shared its offerings and revenue model during the presentation. 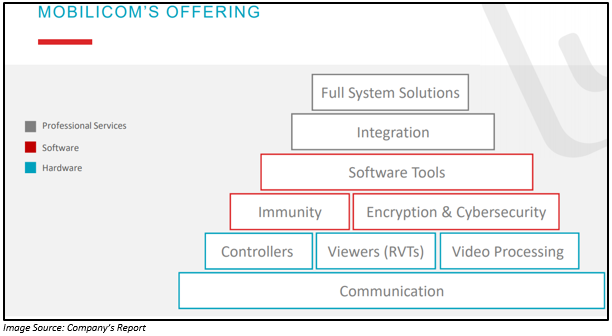 PainChekÂ® Ltd (ASX: PCK) is a developer of pain assessment technologies. With the use of Artificial Intelligence, the PainChekÂ® smartphone based medical device evaluates and scores even the minutest facial expression that indicates the presence of pain.

On 6 August, PainChekÂ® Ltd announced that it is making strong progress as part its global expansion strategy. The company unveiled to have secured a regulatory clearance from the Health Sciences Authority (HSA) of Singapore for the use of its application, PainChekÂ® in the Asian country.

Meanwhile, the company entered into a license agreement with Allium Healthcare Holdings Pte Ltd, which is a provider of personalised and dignified care in Singapore. Allium is also the first purpose-built premium nursing home (Allium Care Suites) developer and operator in the Asian country. The agreement is for a two-year period. According to PainChekÂ®âs Managing Director, Mr Philip Daffas, the agreement would enable the company to boost its operations in the Asian region.

According to a study, approximately 82k people in Singapore may have dementia. It is anticipated that this number would rise to 100,000 in a few yearsâ time. Moreover, in Asia, almost 23 million people are suffering from dementia, with the region expected to become the second largest continent in the world with respect to the number of people with dementia by 2030, as per a study carried out by the Alzheimerâs Disease International.

Hydrix Limited (ASX: HYD), part of the information technology sector, is in the business of product designing and engineering. The company specialises in complex, regulated and safety-critical projects. 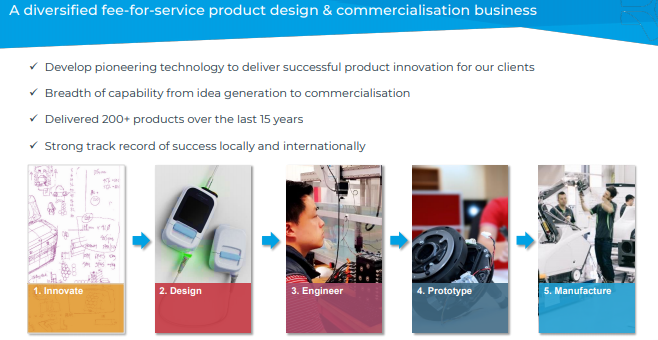 On 30 July 2019, Hydrix Limited announced that it had secured a significant cardiac technology development project for US-based medical device company, Angel Medical Systems (AngelMed). Under this project, the company would be providing engineering and regulatory consulting services.

The company believes that through this project, it would be able to generate fee earning revenue up to $ 3.3 million over a span of 12 to 18 months. The company would be integrating new and updated technologies into the Guardian SystemÂ® of AngelMed, which is a permanent implantable cardiac monitor. The device is capable of alerting patients for acute coronary syndrome (ACS) events, including heart attack as well as alerting users in case of any urgent medical requirement. Guardian SystemÂ® is the first FDA approved permanent implantable cardiac monitor.

CLICK HERE FOR YOUR FREE REPORT!
Tags:
ASX: MOB ASX: HYD ASX: PCK
All pictures are copyright to their respective owner(s).Kalkinemedia.com does not claim ownership of any of the pictures displayed on this website unless stated otherwise. Some of the images used on this website are taken from the web and are believed to be in public domain. We have used reasonable efforts to accredit the source (public domain/CC0 status) to where it was found and indicated it below the image.