The data from the Australian Bureau of Statistics reports an increase in the job vacancy by 1.7% in the November quarter in Australia. 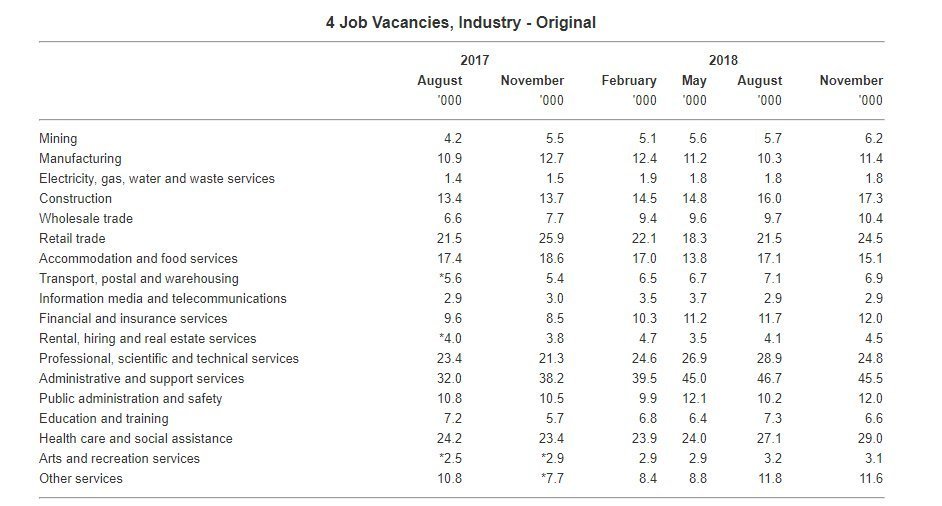 Based on the above statistical data from ABS, as compared to the August quarter, the total number of job vacancies reached 245.7 million. The maximum vacancy was reported in NSW which was around 86.3 million. The job vacancy for the November 2018 quarter in NSW increased by 4.73%.

With the increase in the job vacancy, there will be less competition in the job openings. Callam Pickering, who is an APAC economist states that since 2008, the number of job openings per unemployed person in Australia has gone down to its lowest level by November 2018.

Increase in job vacancies will help in reducing the unemployment from the country. It will also assist in improving the ongoing challenges which the Australian economy is facing. Increased job openings will encourage additional source of income for Aussies which will enhance the standard of living. There is an opportunity for those Australian citizens who recently got over-burdened with the holiday debt.

But it will also create pressure on the employer because they need to pay their wages and salaries as agreed. NSW is one such region in Australia which is the largest labor market in Australia where the situation of the employers is currently very tight. But there is no clear evidence or any data to support employers are facing wage pressure, nor there is any data to support that the policymakers are facing challenges in boosting the wages of the workers and support their household expenses.