Growing awareness of people regarding the health benefits from physical exercise and rising obesity levels have elicited the growth of health & leisure industry. In Australia, the health & fitness industry, mainly consists of fitness centres, health clubs and gymnasiums, which is emerging as a fruitful business and is gaining pace rapidly. As per certain media reports, the health and fitness industry within Australia has grown at a rapid pace over the half decade and generated a revenue of approximately $2.5 billion in 2018-2019. It is anticipated that the health leisure industry would continue a robust growth path in future as well.

The global health club industry revenue valued $87.2 billion in 2017, with more than 201,000 clubs offering services to a total of 174 million members, as per the IHRSA (International Health, Racquet & Sports club Association) report that was released in May 2018.

Encouraged by increased customer expenditure on health and wellness, investors have been flocking to boutique fitness studios like F45, which has been in the limelight recently regarding its US IPO listing.

Group workout classes provider, Australia’s Fitness giant F45 Training has reportedly filed for a United States initial public offering and it could be the latest Australian business to list in the US. It was further informed that US investment banks Goldman Sachs and JPMorgan are working on the listing. The final completion with the launch is expected in the first half of 2020.

However, F45 has yet to make a final decision on its listing and could still modify the plans in the coming weeks, despite the widespread news being reported by several outlets, as per the market research merchant Bloomberg.

In the last one-month F45 has signed around 100 new franchisees and is making profit from strong revenue growth which would be utilised for its maiden US listing.

The endeavor runs on a franchisee model wherein the franchisee studios that use the brand to draw repeat customers pays fees of up to US$50,000. As per F45, total initial investment range is between US$220,000-$299,000 for each participant.

Advantages of US Listing

In what is called a novel move, the market research analysts even think that F45 plans to provide its workout sessions to US military staffs.

F45 Training is a franchise training network that was co-founded in 2012 by equities trader Rob Deutsch and Adam Gilchrist, and rapidly expanded to multiple fitness centers over the years offering high intensity workouts.

To understand the process of IPO, READ HERE.

With a goal to link health with fitness, Viva Leisure Limited (ASX:VVA) was founded in 2004 to provide an affordable, accessible facilities to its members. Operating with more than 40 health clubs within New South Wales, Victoria and the ACT, the company provides several diverse membership options and a range of services like big-box fitness, boutique fitness and others.

Viva’s FaaS (Fitness as a Service)

The company had launched its Club Lime Member ID app for Apple Watch along with a noteworthy upgrade to improve member’s access into its 24 by 7 clubs in a keyless manner simply using mobile phones and now Apple Watches.

Club Lime Member ID which was launched in August 2019, was an industry leading solution enabling members to gain access to any Club Lime and hiit republic facility by merely tapping their phone on the dedicated reader at each facility’s entrance.

Launched in December 2019, after undergoing trials for several months, this new and improved app now supports GPS (on both Android and iOS) entry into all Club Lime & hiit republic facilities.

Again as an industry leading idea, Viva Leisure launched the Apple Watch app with GPS support for improving access with features like detecting the closest door, and subject to staying in range, allowing its member to enter without any hassles merely by pushing a button on their watch.

The company also launched the go-live of Club Lime Radio to broadcast on DAB+ in Canberra and online to all other areas via iHeartRadio. The radio station was launched in collaboration with Canberra FM Radio, a dual endeavor between the ARN (Australian Radio Network) and SCA (Southern Cross Austereo). 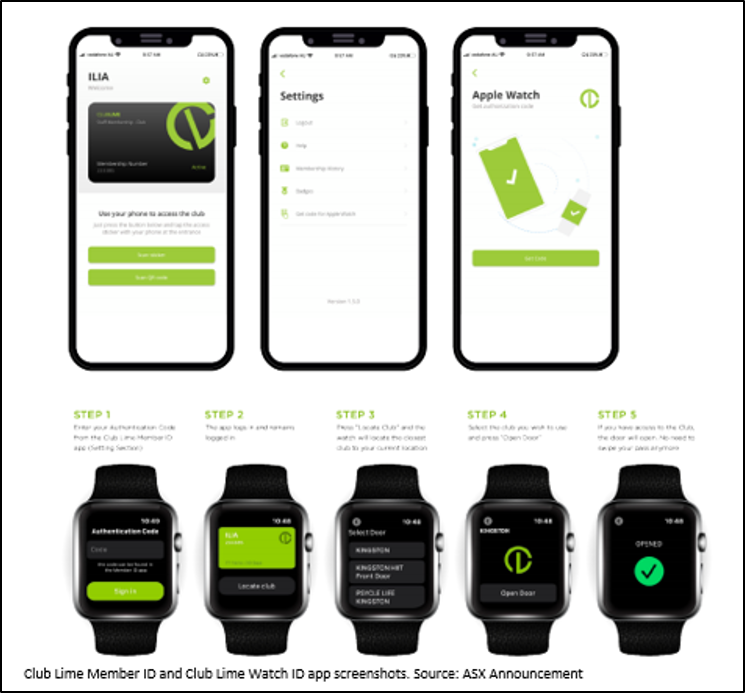