Below discussed are four stocks catering to the technology sector. Two of the stocks, Link Administration Holdings Limited and NEXTDC Limited have updated the market with their performance during FY19, while Xero Limited has released its annual meeting 2019 presentation and PayGroup Limited entered an acquisition deal. Let us have a look at all these developments. 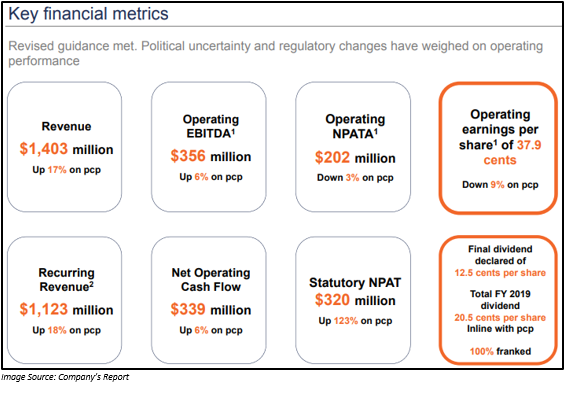 The company during FY2019 made significant progress towards the integration of Link Asset Services, resulting in the implementation of a global operating model and structure, which establishes a robust base for growth and efficiency gains. The company experienced several external headwinds during the years, which impacted its financial performance.

Managing Director, John McMurtrie stated that even though the companyâs operational performance was impacted by several external factors, it was able to achieve a number of strategic objectives such as the renewal of its two of the largest clients AustralianSuper and Rest. The company also sold its business Corporate & Private Client Services (CPCS) in a deal worth Â£240 million, thereby providing flexibility to the balance sheet.

NEXTDC Limited (ASX: NXT), an IT sector player engaged in the establishment, development and operation of data centre facilities, has released its FY2019 results for the period ended 30 June 2019. 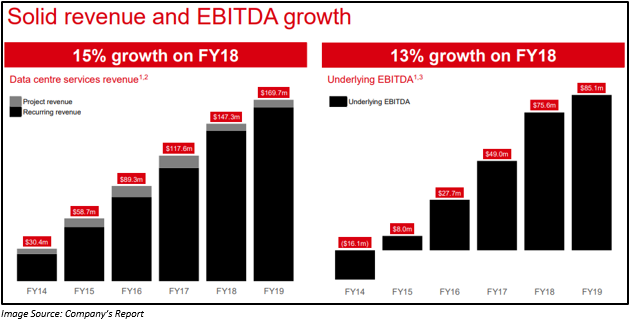 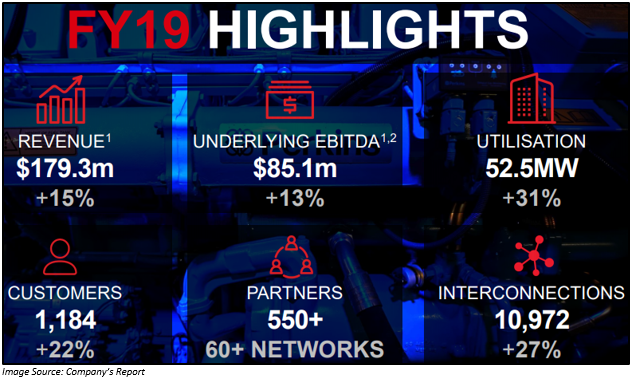 Xero Limited (ASX: XRO), a provider of online accounting software for small-size enterprises, has released its Annual Meeting 2019 presentation. The agenda of the presentation was FY2019 overview and update.

The presentation covered resolutions including fixing of remuneration of the auditor, with 96.96% of the members being in the favour of fixing the auditor remuneration, 2.95% against and the remaining 0.09% at discretionary.

The company also highlighted that strong annual monthly recurring revenue of XRO in FY2019 of $154 million, increase in subscribers from 1,818,000 to 432,000 within 12 months, free cash flow of $6.5 million and 33% growth in the operating revenue to $552.8 million in constant currency unveil a strong business model of XRO.

The beauty of XROâs SaaS model is that it can generate long-term value. Moreover, it can acquire subscribers economically at scale, increase revenue per subscriber, boost gross margins as well as retention.

XRO would focus on enhancing its small business platform for the global level. Moreover, the company would continue to make reinvestments in the cash generated based on the investment criteria as well as market conditions, aimed at driving long-term shareholder value.

PayGroup Limited (ASX: PYG), a provider of Human Resources SaaS and Software with a Service, on 28 August 2019 announced that it signed a term sheet in order to acquire Astute One Limited, which is an Australian-based Human Capital Management (HCM) business, along with its fully owned subsidiaries.

Astute was founded in the year 2006 and it has maintained a track record of profitable growth. It is the leading SaaS platform provider to workforce management companies as well as the corporate sector and has more than 330 clients across Australia and New Zealand. It works on the same ARR model as PYG.

The platform of Astute is capable of automating and simplifying highly complex compliance, employment as well as payment methods. Astute allows workforce management companies to improve their performance and effectiveness.

The proposed acquisition is consistent as per the strategic plan of the company to increase in annual recurring revenue along with the client base. 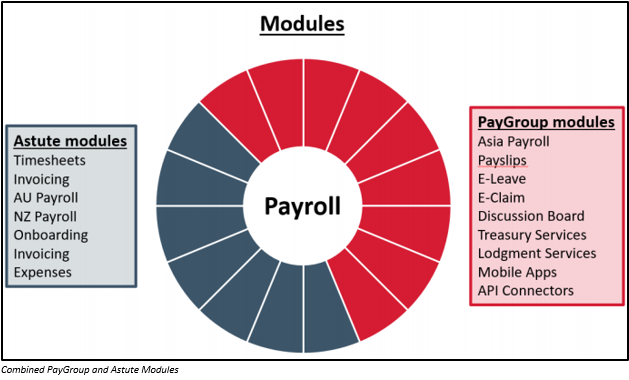 The total consideration amount for the proposed acquisition is $11 million, which depends on the certain purchase price adjustments at completion like net debt along with the working capital.