The Black diamond, Yes Coal it is! Today we will catch a glimpse of the coal market globally. So, put your reading glasses on and follow through.

The predecessor to diamond, Coal, the carbon rich mineral fuels the power and Steel industry globally. The coal is categorised into two major varieties thermal and metallurgical coal. The worries pertaining to the global warming issues has seen the use of thermal coal dwindle by the year. The thermal coal has proved to be dismal in the past year and no major prospects of recovery, on the other hand, metallurgical coal has shown signs of stabilisation and even growth for the upcoming years. 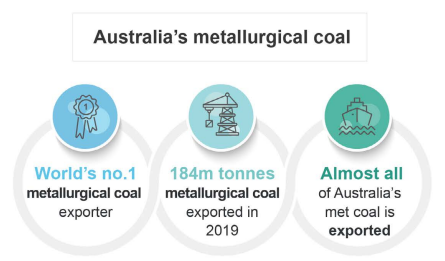 In fact, the Australian coal industry benefits from the thermal coal decline as the country’s earnings through coal exports stood at $44 Billion through 2019-19 for metallurgical coal against $26 Billion even though the exports volumes of thermal coal were significantly larger. The major reasoning to this is the premium pricing of metallurgical coal over thermal coal and also, the fact that Australia produces a larger fraction of higher quality coal products.

An average of 20 GigaJoules of energy is required to produce a tonne of crude steel, with a 60% reduction in the past 60 years. Still today, the world requires almost a billion tonnes of metallurgical or coking coal every year to produce over 1.7 billion tonnes of crude steel. The metallurgical coal trade will continue to persist strongly on the back of major developing economies such as China and India.

It is believed that the steel industry has seen a significant downturn amid the pandemic. It is true but the extent seems to be overestimated.

Here are a few recent production figures and trends related to the steel industry.

The Chinese steel industry, also one of the largest in the world, expects a strong rebound. Even the mining majors such as Rio Tinto and BHP have expressed expectations of a ramp up in steel output from china in 2020, the only hindrance being the successive wave of coronavirus infections. The country is approaching full recovery as most of the economic activities, including industrial plants, shopping complexes and even the local markets have resumed activities to the new normal. The utilization rates for the available capacities of blast furnaces at the Chinese recovered to 79% this April against 73% earlier. The Chinese are keen on restarting the infrastructure development soon which would reboot the steel demand in the country. Resumption of Chinese economic activities and the global recovery from the pandemic would further boost the steel demand during the remaining months of 2020 and 2021.

Many other major steel producers such as India and Europe have either suspended their steel operations or are operating at minimal scales. May arrived merrily this year, to announce the lifting of major lockdown bans across European economies such as Italy, Spain, France and the UK.

A major lockdown lift in phased approach is anticipated in India which would further fuel the demand. The majority of the steel plants are located away from the government defined Red zones of the virus outbreak, a resumption of activities with lower exposure to the virus spread will reboot major demand and supply within the country. A possibility of stronger demand can be expected from European countries and apart from India. 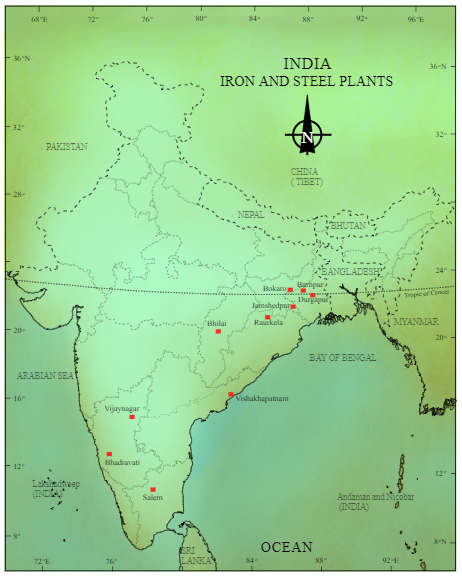 The supply disruption due to weather conditions in Canada, the third largest exporter accounting for almost 10% of the total trades, led to supply disruptions in the markets strengthening the metallurgical coal prices.

Mongolia, which accounts to around 50% of the Chinese coking coal imports had shut down its borders with China. The borders closing disrupted the movement of trucks across the border and in turn the coking coal supplies in China. The border restrictions were lifted on a trial basis with limits on the coal exports and maybe shut depending on further circumstances. South Gobi Resources, one of the prominent coking coal players from Mongolia suspended its coal exports to China in early February and mining operations continue to remain shut in May.

AS a result of the major these factors, The Australian hard coking coal prices stabilised in the first quarter of 2020 to US$150-165 a tonne range, rising rapidly from the lows of US135 in November 2019.

Amid the supply disruptions and major lockdown affecting the mining activities globally, Australia with less than 1,000 active infections and accelerating towards full recovery, may benefit from sudden demand from the economies such as India, China, and even other nations.