Hydrogen is an energy carrier just like electricity, and it must be produced from different fuel sources such as fossil fuels or biomass, to use for the industrial application such as rocket fuel, electricity production, a power supplier in vehicles, and in the petrochemical industry.

The National Aeronautics and Space Administration (or NASA) first used the liquid hydrogen in the 1950s and became the first organisation to incorporate hydrogen-based fuel cells in the spacecraft to power the electrical systems. 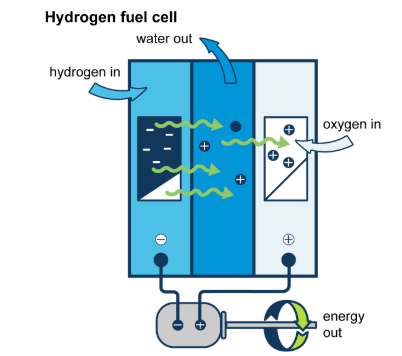 Hydrogen is emerging as an alternative transportation fuel due to its potential for domestic production and use in the fuel cells for zero-emissions EVs. The hydrogen-based fuel cells are about threefold more efficient as compared to the internal combustion engine (or ICE).

The efficiency of hydrogen-based fuel cells is evident, and while several vehicle manufacturers are making light-duty hydrogen fuel cell across the United States and China, the production remains limited as hydrogen refuelling emerges as a major problem.

The hydrogen refuelling stations are currently limited in China and in the United States due to the limited customer base.

In the petrochemical industry, refineries use hydrogen to reduce the sulfur contents in the diesel fuel, and the industry experts anticipate, the demand for hydrogen to surge in the coming years over the stricter regulations to curb the sulphur content in the bunker fuels, under the IMO 2020.

How Does Hydrogen Production Works?

The steam reforming method is currently the most widely adopted and least expensive way of producing hydrogen. It also accounts for most of the commercially viable method in the United States, which utilises methane (or CH4) to separate hydrogen atoms from carbon.

Electrolysis is another method, which utilises electricity to separate the hydrogen atoms from water (H2O) in an electrolytic cell.

Steam-methane reforming is a mature production process, which includes natural gas as a fuel (as it contains methane); and,

However, the carbon monoxide is further made to react with steam in the presence of a catalyst to produce carbon dioxide, and the process is known as a water-gas shift.

In the final process, which is known as pressure swing adsorption (surface as an adsorbate), the carbon dioxide and other impurities are removed from the gas stream.

The extraction of hydrogen via the steam-reforming method typically serves the hydrogen-based fuel cell and refineries industries.

While hydrogen is an important component in the fuel cell, fuel cell power plants are used in diverse ways across the United States.

As per the data from the EIA, in 2016, the United States had 56 large-scale fuel cell generating units with a combined capacity above 1 megawatt, which kept the overall net summer capacity of 137 megawatts at the end of the year 2016; and,

As we mentioned earlier, the oil refineries use hydrogen to reduce the sulfur content, and until recently, there is a large increase in the consumption of hydrogen in the petrochemical industry.

The refineries across the globe increase their production, when the oil demands surmount, which basically link the prices of hydrogen with the oil demand, which as per the current scenario is relatively weak as compared to the supply. 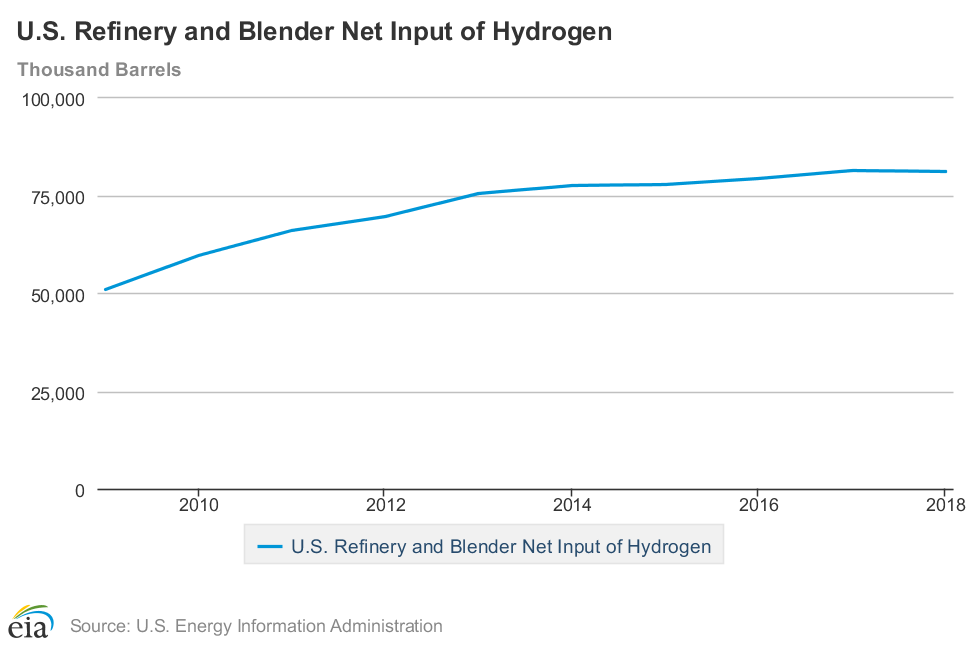 Saudi Arabia presently sought the approvals from the other members of the cartel to slash the production by another 5 million barrels per day during the first quarter of the year 2020 to support the oil prices in the international market, during the 177th Annual meeting of the OPEC members.

The United States Energy Information Administration suggests, that the current demand for hydrogen in the petrochemical industry is being provided by the merchant supplier rather than the on-site production at the refineries, which further represents investment opportunities.

In the petrochemical industry, hydrogen could be produced in two forms mainly, i.e., on-purpose (using steam reformers), and as a by-product of other chemical processes.

The steam reforming method utilises mainly natural gas feedstock; so, it becomes quite easy for the investing community to reckon the supply from the merchant.

The total amount of hydrogen demand is usually being calculated by the government agencies, that periodically release the number on their web portals, and the on-site hydrogen generation across the refineries in a country could be derived (prone to standard errors) by analysing the natural gas feedstock requirements across the refineries.

To finally calculate the merchant supply, investors could find the difference between the total demand and on-site production.

Presently, the private investors capture the largest portion of the hydrogen supply in Australia, with private firms such as BOC Australia Pty Limited, Coregas Pty Ltd- under the Wesfarmers Limited (ASX: WES) operating in largest projects in Australia.

The SA government funded the project with $4.9 million, and the project is expected to produce renewable hydrogen from mid-2020.